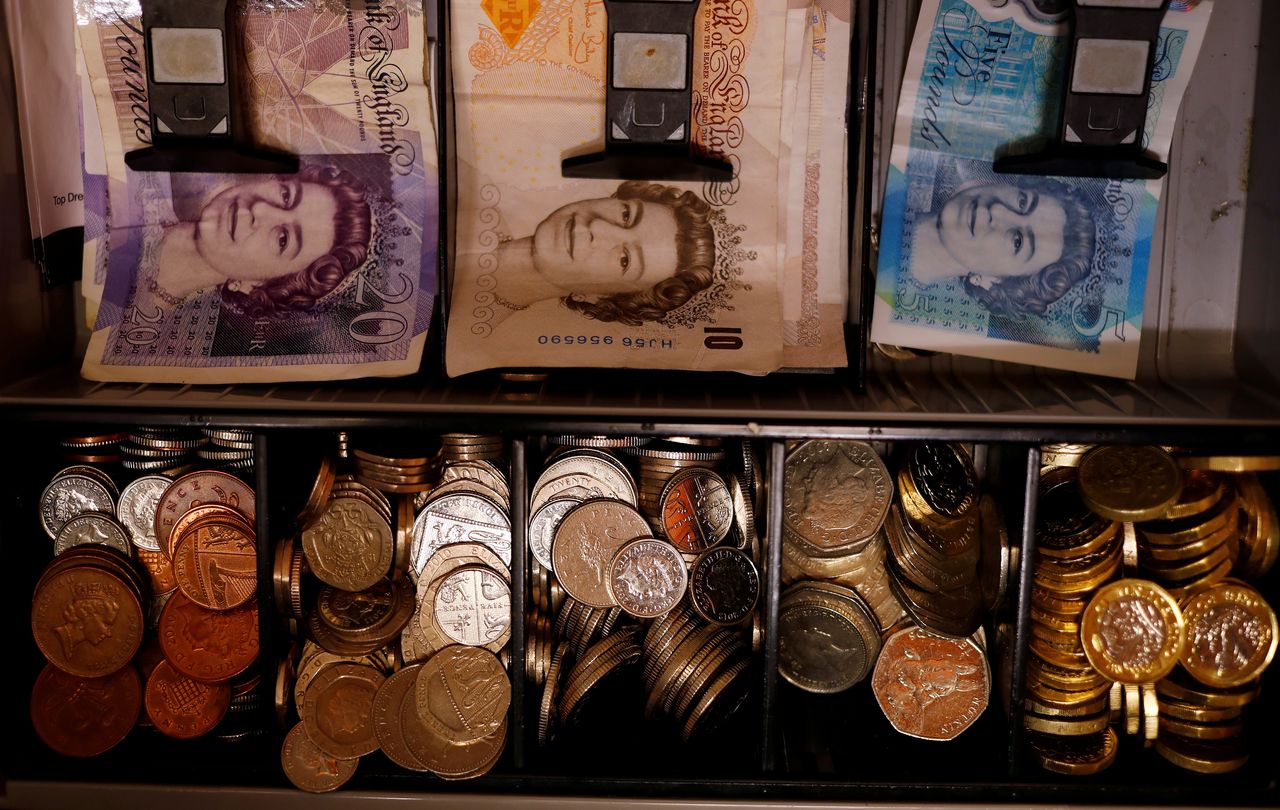 FILE PHOTO: Pound notes and coins are seen inside a cash register in a bar in Manchester, Britain September 6, 2017. REUTERS/Phil Noble//File Photo

LONDON (Reuters) - A proposed multi-billion pound claim against powerful banks over alleged foreign exchange (forex) rigging is too weak and speculative to be allowed to proceed as a U.S.-style class action, the banks' lawyer told a London court on Wednesday.

Brian Kennelly said JPMorgan, Citigroup, Barclays, UBS, NatWest and MUFG Bank were not trying to stifle or delay any lawsuit that might be brought by thousands of claimants.

But he told a five-day hearing at London's specialist Competition Appeal Tribunal (CAT), to determine whether a class action can proceed: "We say the weaker the claims or more complex or difficult the claims, the more appropriate it is to try them in 'opt in' proceedings."

Critics of U.S.-style "opt out" class actions, which automatically bind a defined group into a lawsuit unless individuals opt out, say they can lead to vast claims, claims without merit and lush profits for litigators and their funders.

Proponents say they allow easier access to justice, as some individual claims are too small to pursue individually, provide a deterrent against misconduct and that "opt in" lawsuits, where every claimant signs up, are costly and time-consuming.

Bank forex customers are also worried they risk damaging banking relationships if they actively participate in an opt-in lawsuit, according to court filings. But Kennelly questioned why banks would risk losing customers.

Investment banks across the globe have paid more than a combined $11 billion in fines to settle U.S. and European regulatory allegations that traders rigged forex markets.

But it was the European Commission that paved the way for this proposed lawsuit by fining banks more than 1 billion euros ($1.2 billion) in 2019 over two forex cartels, dubbed "Essex Express" and "Three Way Banana Split", between 2007 and 2013.

Michael O'Higgins, the former chairman of British watchdog The Pensions Regulator, and Phillip Evans, a former inquiry chair at the Competition Markets Authority, are now vying to lead a class action on behalf of claimants such as asset managers, pension funds and financial institutions.

Foreign exchange is the crown jewel of London's financial sector. Around 43% percent of the $8.3 trillion-per-day forex market is traded in the city.

O'Higgins has instructed U.S. law firm Scott & Scott while Evans is being advised by Hausfeld - the two litigators that co-led a similar U.S. case against 15 banks and helped secure $2.3 billion in settlements for American claimants.

The CAT will decide whether to allow a planned lawsuit to proceed as a so-called collective action and which, if any, class representative should lead it.