Taiwan to get 2 million more doses of COVID-19 vaccine 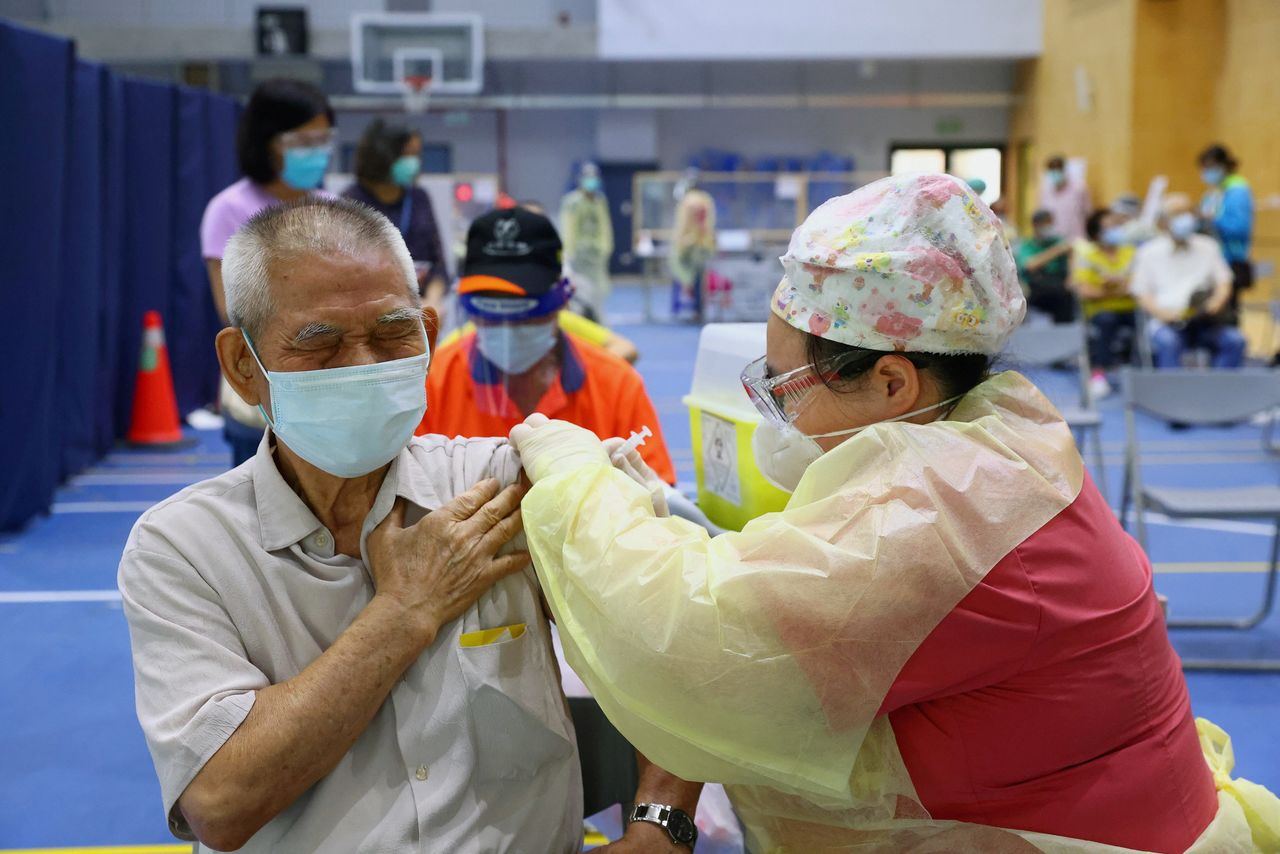 FILE PHOTO: A medical worker administers a dose of the AstraZeneca vaccine against the coronavirus disease (COVID-19) to a man during a vaccination session for elderly people over 75 years old, at a stadium in New Taipei City, Taiwan June 25, 2021. REUTERS/Ann Wang/File Photo

TAIPEI (Reuters) - Almost 2 million more doses of COVID-19 vaccine will arrive in Taiwan on Thursday, consisting of direct purchases and a third donation from Japan, the government said, as the island ramps up inoculations, with domestic cases well under control.

Taiwan had initially struggled with supply shortages, like many other parts of the world, to secure enough vaccines, and also blamed China for hindering its efforts, an assertion Beijing has denied.

Cabinet spokesman Lo Ping-cheng said the newly arrivals would be 550,000 doses from AstraZeneca Plc and 350,000 from Moderna Inc, both part of previously announced direct government purchases.

Almost one million AstraZeneca doses would also be arriving as a donation from Japan, he added, its third such gift in two months.

About 20% of Taiwan's 23.5 million people have received at least one of the two-shot vaccine regimen, though fewer than 1% are fully vaccinated.

Following a rare spike in domestic cases that began in May following months of no community infections, or only a few, Taiwan has now brought the pandemic well under control, though its numbers had always been comparatively small.

In a sign of international confidence in Taiwan's efforts, Britain has said it would add the island to its green list from Monday, freeing Taiwan travellers from the requirement of quarantine.

Lo expressed thanks for the recognition of Taiwan's pandemic control measures.

Since the pandemic began Taiwan has reported 15,328 cases, including 753 deaths.