Analysis: Return to the U.S. office? Ask the CEO 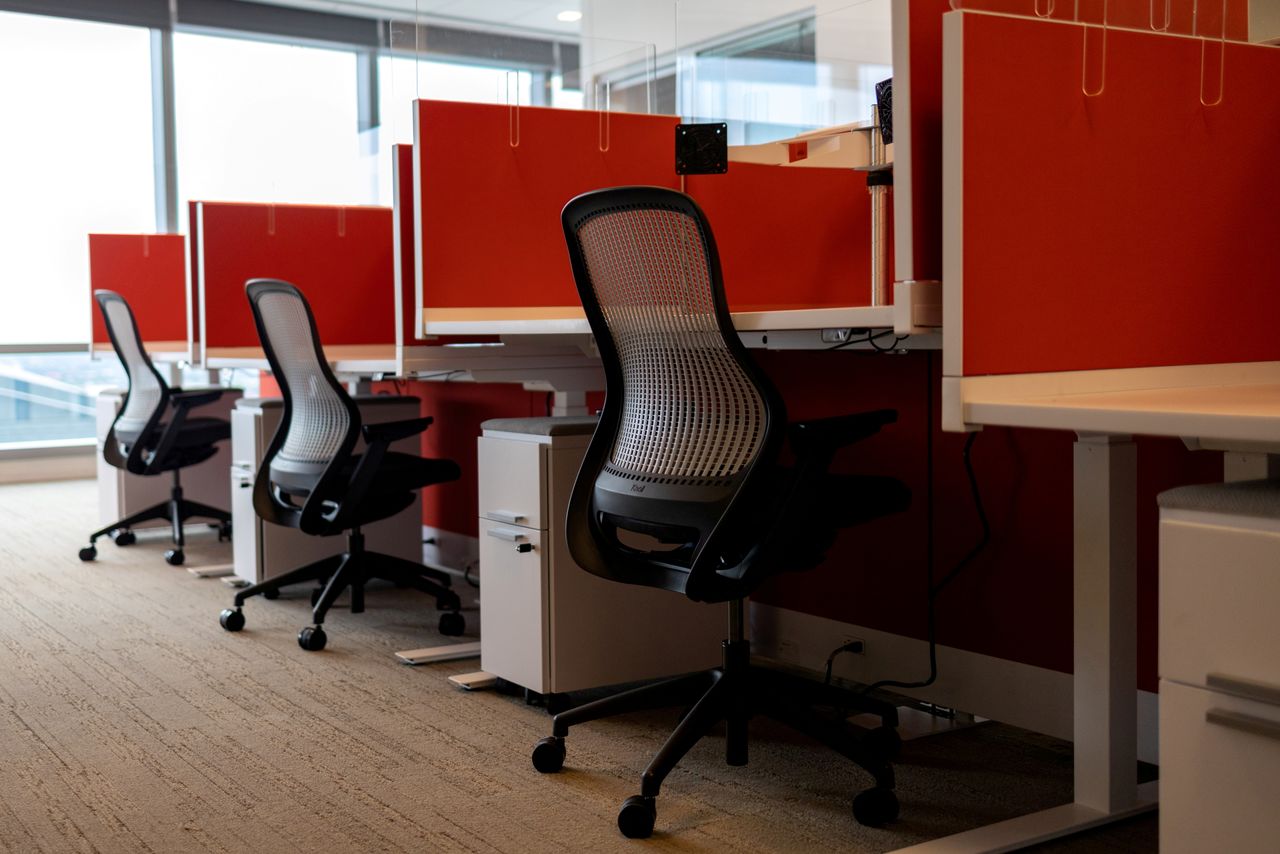 (Changes 'has' to 'have' in second sentence)

(Reuters) - Apple Inc CEO Tim Cook wants his employees back in the office sooner than many of his peers. Citigroup Inc CEO Jane Fraser is bucking a trend on Wall Street by giving her employees more flexibility in returning than her major rivals.

The questions of if, when and how often white-collar employees should again work in the office have been vexing corporate America ever since COVID-19 vaccinations became available. Once safety hurdles were cleared, CEOs began to craft policies based on culture and business needs.

Now even companies in the same sector often take different approaches, underscoring how the personal preferences of their bosses are informing these key decisions.

"It's hard to unravel the character and personality of a CEO from the culture they grew up in," said Jeffrey Sonnenfeld, a Yale University professor who runs leadership and networking programs for executives.

The vast majority of U.S. office workers will be called back to physical locations this year, with about two-thirds of companies planning a full or hybrid return to work, according to an April survey by accounting and consulting firm Deloitte. About 25% of U.S. companies have already reopened their offices, according to the survey.

While the CEOs of JPMorgan Chase & Co, Morgan Stanley and Goldman Sachs Group Inc have asked their workers to return to the office by the end of the summer, if not sooner, Fraser has told most employees they can work in the office three days a week come September.

Advocates of this approach say the Scottish 54-year-old executive's message of flexibility will appeal more to workers than the line taken by her counterparts on Wall Street, where up to 80-hour work weeks took their toll during the pandemic.

Fraser issued a March memo acknowledging the burden the pandemic put on employees and calling for Zoom-free Fridays, a reset day and for limits on after-hours calls. She has talked about how working part-time as a consultant to juggle parenting two children and her career did not stop her from becoming the first female CEO of a major U.S. bank.

"Citigroup is taking a very deliberate view on what their culture needs to be in the future," said Steve Hatfield, who works for Deloitte and advises companies on workplace practices.

Citi's global head of human resources Sara Wechter posted on professional networking site LinkedIn that workers who are not vaccinated will have to use an at-home rapid COVID-19 test three times a week and wear masks.

Apple's Cook, 60, known for working long hours, has gone against the trend in the technology industry, which had the fewest employees on site among all major sectors, according to the Deloitte survey.

Cook asked Apple employees to return to the office a minimum of three days a week in the autumn, in a departure from the stance of other big technology firms that are permitting full remote work.

His decision triggered a backlash among some Apple employees, who penned a letter asking him to reconsider. He has held firm. He had originally planned a summer return but bumped the deadline out until the fall.

Cook also comes from the Apple culture that has emphasized in-person collaboration. When late Apple co-founder Steve Jobs helped design the company's circle-shaped $5 billion headquarters in Cupertino, California, he intended in part to have employees walk around the ring and bump into each other, spurring impromptu collaboration across teams.

Other technology CEOs have embraced the virtual office. Salesforce.com Inc CEO Marc Benioff spent a portion of the COVID-19 lockdown at his home in Hawaii, and also worked around the globe before the pandemic, rather than exclusively in the company's San Francisco headquarters, people familiar with the matter said.

Salesforce has been hosting calls every week with all employees, a spokeswoman said.

Leaders at the company aim to make Salesforce employees feel part of the corporate "ohana" -- Hawaiian for family -- and have been canvassing workers on their thoughts, said board director Alan Hassenfeld.

In its return-to-office plans, the software provider is deeming most employees flex workers, who will be in the office one to three days per week, according to a company spokeswoman.

"The return to the office has everything to do with the personality of the CEO, because it has to do with the company culture, and the culture comes from the very top," said Glenn Gow, a business coach who helps CEOs.