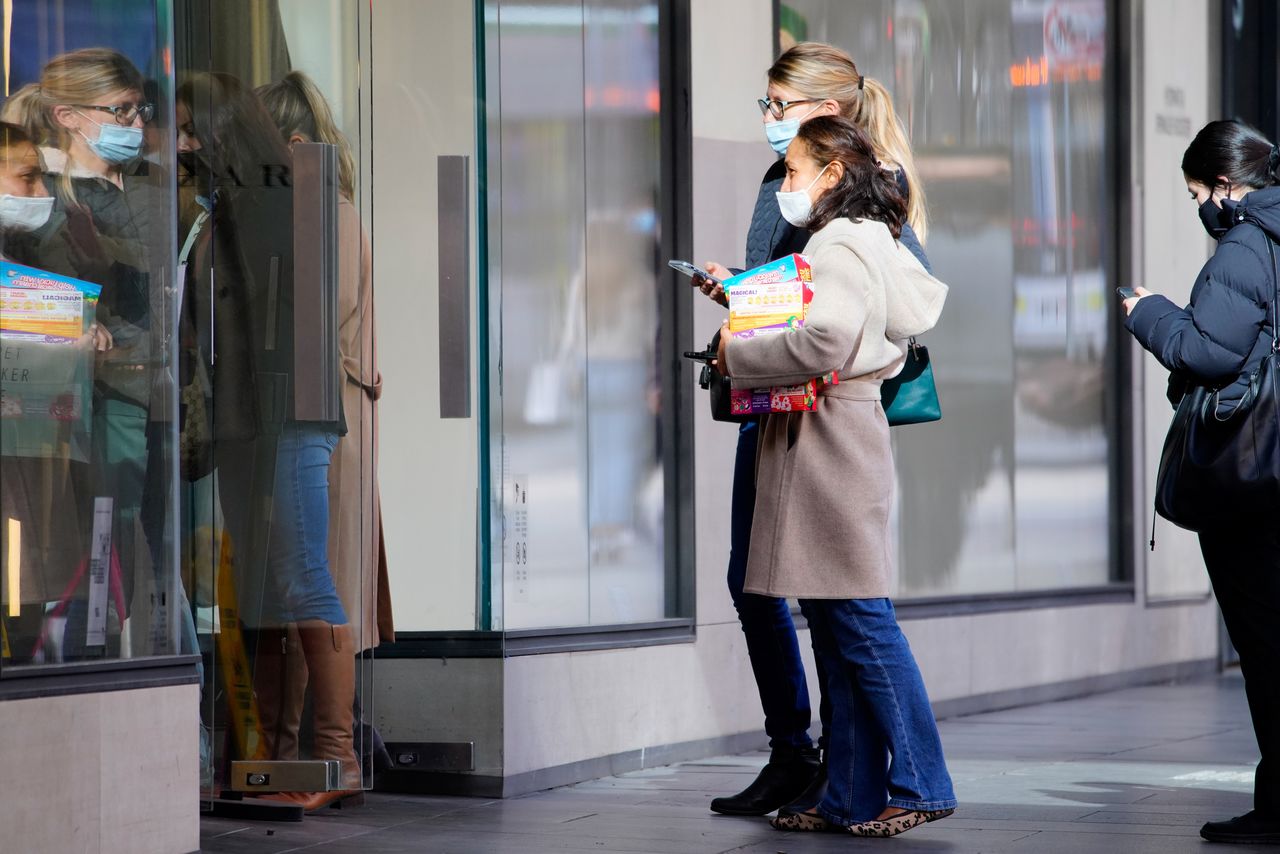 FILE PHOTO: Shoppers wearing protective face masks line up to scan a QR code before entering a store on the first day of eased coronavirus disease (COVID-19) restrictions for the state of Victoria following an extended lockdown in Melbourne, Australia, June 11, 2021. REUTERS/Sandra Sanders

The Australian state of Victoria was ordered into a five-day lockdown on Thursday following a spike in COVID-19 infections, joining Sydney as the country's two main population hubs battle an outbreak of the Delta variant.

From midnight, the state of 6.6 million people was told to stay home except for grocery shopping, essential work, exercise, healthcare and getting vaccinated. The lockdown in Australia's second-largest city of Melbourne is its fifth since the pandemic began a year and a half ago.

Indonesia is already grappling with a "worst-case scenario", a senior minister said on Thursday, adding the government was preparing for a further climb in cases.

Indonesia began its vaccine rollout in January, but only about 5.8% of its 270 million people have received both shots.

Wednesday's tally of more than 54,000 cases was the latest of many peaks in the past month, and up more than tenfold on the number of infections at the start of June.

Singapore was racing on Thursday to find people linked to a growing cluster of infections that were traced to KTV lounges in a fresh outbreak that has prompted a wider crackdown on vice and nightspots breaking social distancing rules.

The city state has been largely successful in preventing the spread of virus, but the advent of the Delta variant has heightened concern.

The 56 new local cases reported on Wednesday were the highest daily tally in 10 months, and three-quarters were traced to KTV clubs.

AstraZeneca has asked Thailand to extend the timeline for the delivery of 61 million doses of its vaccine by five months, a deputy minister said on Thursday, a move likely to further disrupt the country's sluggish vaccine rollout.

The reported request points to a slow production ramp-up at its local manufacturing partner, which had initial production and delivery issues.

Germany's BioNTech denied it was in talks with Thailand's Thonburi Healthcare Group for a deal to import 20 million doses of the coronavirus vaccine to Thailand.

Most Britons want restrictions to remain

Two thirds of people in Britain think at least some coronavirus restrictions should stay in place after July 19 when Prime Minister Boris Johnson plans to do away with them in England, according to an opinion poll published on Thursday.

Sixty-six percent of people taking part in the poll by Kantar Public wanted some, most or all of the restrictions to remain and 60% thought everyone should continue to wear face masks in shops and on public transport.

Johnson has said people in England should use their own judgement about whether to use masks after July 19.

Shouting "take your vaccines and get out of here!" and calling on Prime Minister Kyriakos Mitsotakis to resign, the protesters gathered outside parliament under a heavy police presence.

Police in Paris clashed with protesters railing against President Emmanuel Macron's plan to require a COVID-19 vaccine certificate or negative PCR test to gain entry to bars, restaurants and cinemas from next month.

"Risk for the other residents of Olympic village and risk for the Japanese people is zero," Bach said, adding that Olympics athletes and delegations have undergone more than 8,000 coronavirus tests, resulting in three positive cases.