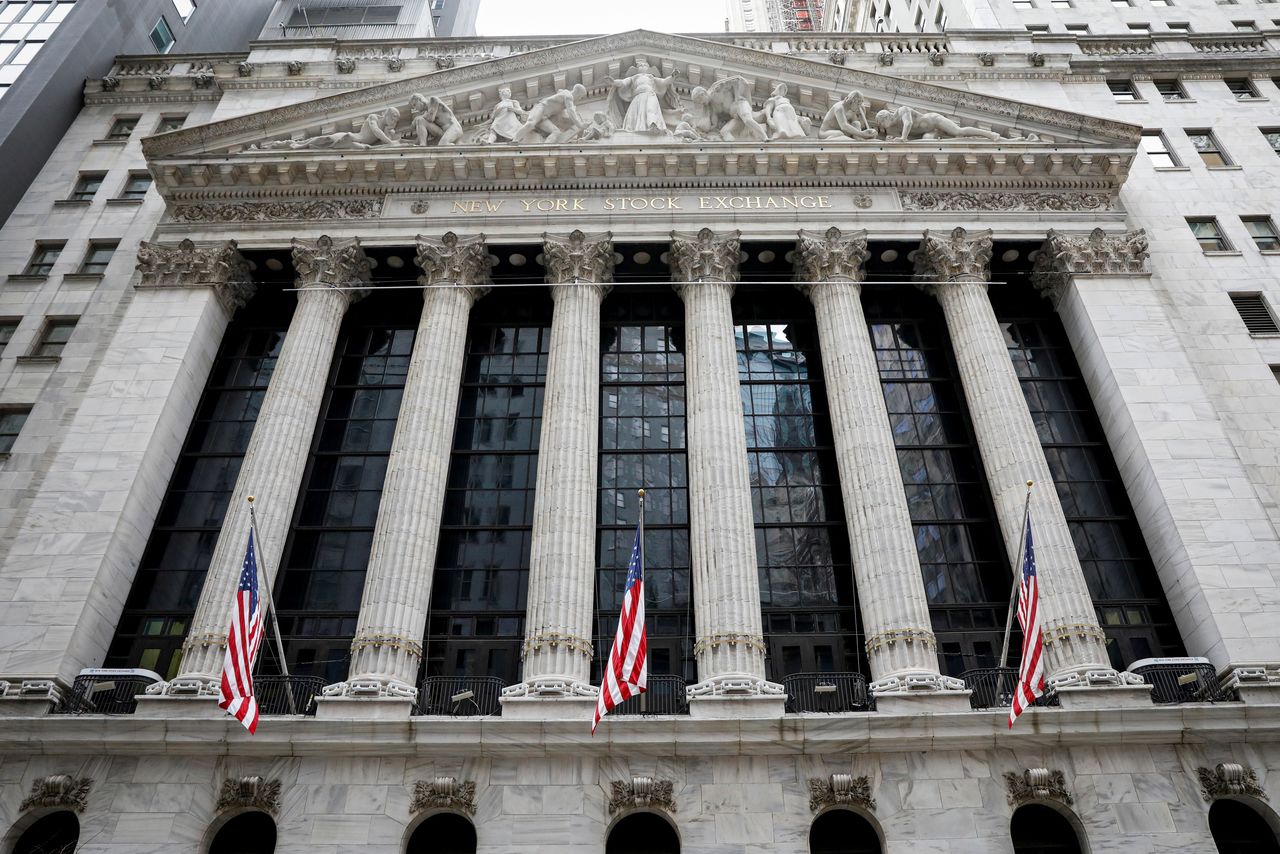 (Reuters) - The Nasdaq ended lower on Thursday, pulled down by Apple, Amazon and other Big Tech companies as a fall in weekly jobless claims data fed investor concerns about a recent inflation spike.

Nvidia tumbled 4.4% and Amazon fell over 1%, both companies contributing more than any others to the Nasdaq's decline. Facebook lost 0.9%.

The S&P 500 technology sector index fell 0.8% and ended a four-day winning streak. Earlier this week, investors' favor for heavyweight growth stocks pushed the S&P 500 and the Nasdaq to record highs.

The S&P 500 energy sector index fell 1.4% and tracked a drop in crude prices on expectations of more supply after a compromise agreement between leading OPEC producers.

Data showed the number of Americans filing new claims for unemployment benefits fell last week to a 16-month low, while worker shortages and bottlenecks in the supply chain have frustrated efforts by businesses to ramp up production to meet strong demand for goods and services.

Federal Reserve Chair Jerome Powell told lawmakers he anticipated the shortages and high inflation would abate. Yet many investors still worry that more sustained inflation could lead to a sooner-than-expected tightening of monetary policy.

Morgan Stanley ended up 0.2% after it beat expectations for quarterly profit, getting a boost from record investment banking activity even as the trading bonanza that supported results in recent quarters slowed down.

Analysts on average expect 66% growth in earnings per share for S&P 500 companies, according to IBES estimate data from Refinitiv.

With the S&P 500 up about 16% so far this year, investors will be looking for companies to provide strong forecasts to justify sky-high valuations.

"Investors are definitely starting to look at 2022 estimates," Mies said. "I think you could see six months from now the stock market basically where it is currently."

Blackstone said late on Wednesday it would pay $2.2 billion for 9.9% stake in American International Group's life and retirement business. AIG and Blackstone both rallied more than 3%.

Johnson & Johnson dipped 1.2% after it voluntarily recalled five aerosol sunscreen products in the United States after detecting a cancer-causing chemical in some samples.

Declining issues outnumbered advancing ones on the NYSE by a 1.65-to-1 ratio; on Nasdaq, a 1.58-to-1 ratio favored decliners.

Volume on U.S. exchanges was 9.6 billion shares, compared with the 10.4 billion average for the full session over the last 20 trading days.