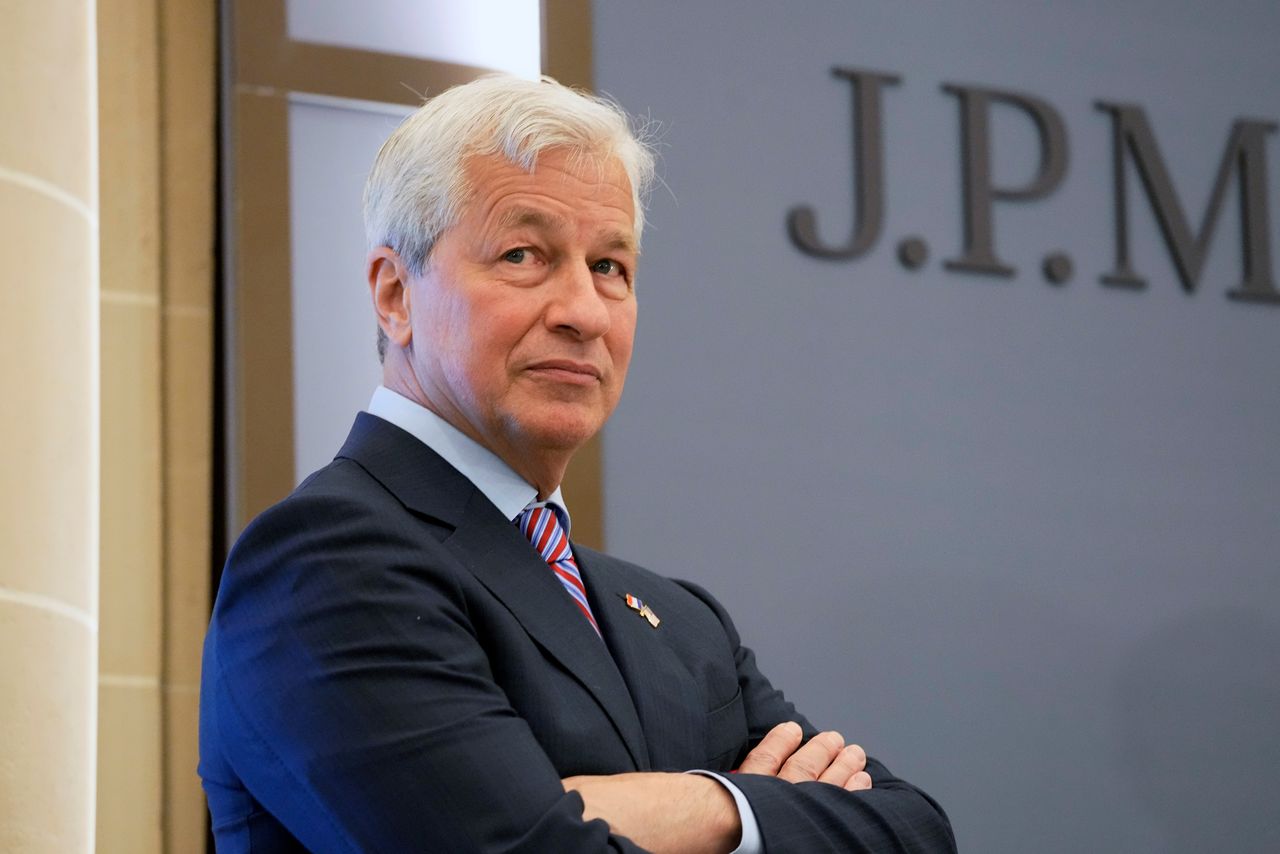 The CEO said this week the country's largest lender continues to stockpile cash instead of investing it in securities, such as U.S. Treasuries and mortgage-backed bonds, which pay more than cash deposits.

How the country's largest lenders manage an unprecedented glut of cash weighing down their balance sheets will be important in separating winners from losers in coming quarters as uncertainty grows over the inflation and interest rate outlook, according to analysts.

"The balance sheet mix will be a key driver for the stocks as we move into 2022," David Konrad, an analyst at Keefe, Bruyette & Woods, wrote in a recent report to clients.

"In our view, the risk/reward favors holding cash and under- earning in this environment."

JPMorgan is waiting for the chance to buy securities with higher yields once exceptionally strong economic growth kicks in and drives up inflation and interest rates, Dimon and Chief Financial Officer Jeremy Barnum told analysts on Tuesday.

"You may have growth in the second half this year that's stronger than it's ever been in the United States of America," Dimon said in a call with analysts on Tuesday.

Dimon's comments came after JPMorgan posted quarterly financials on Tuesday that showed its average cash balance held on deposit at central and other banks increased by $89.6 billion while it added only $2.6 billion of investment securities.

JPMorgan made 0.06% on its cash while its securities paid 1.31%, its reports showed.

In contrast, Bank of America Corp's results released on Wednesday showed it has let its cash decline by $31 billion while it added $107.3 billion to its securities holdings.

"The reality is that we generated $80 billion deposit growth, and we've got to put it to work," CEO Brian Moynihan told analysts. "We're not timing the market or betting."

JPMorgan's deposits grew by nearly $100 billion during the quarter.

Cash from government stimulus and Federal Reserve programs continues to pour into the financial system, dampening demand for bank loans.

U.S. financial markets are also wrestling with a spike in inflation, which they believe could prompt the U.S. Federal Reserve to raise interest rates.

During this quarter, analysts have pressed bank executives about their cash and securities mix because of how important it is for profits. Banks often hedge their positions with derivatives, making the analysis more difficult.

Executives have warned of tradeoffs in the decision on how much cash to accumulate until rates rise, and how much to invest in securities now.

Considerations include ensuring liquidity for customers who take deposits back and guarding against hits to regulatory capital from declines in the value of purchased securities.

Speaking before Congress on Wednesday, Fed Chair Jerome Powell said recent price spikes were associated with the post-pandemic reopening and will fade.

The central bank is staying the course, he said, with an inflation target of 2% and some time before it will be in a position to tighten monetary policy. Last month, Fed policy makers on balance projected inflation would climb to 3.4% this year and then fall back to 2.1% next year.

JPMorgan's decision to stockpile cash was "purely discretionary," Dimon said at a conference last month. "You'll find out one day whether we made the right decision or not."