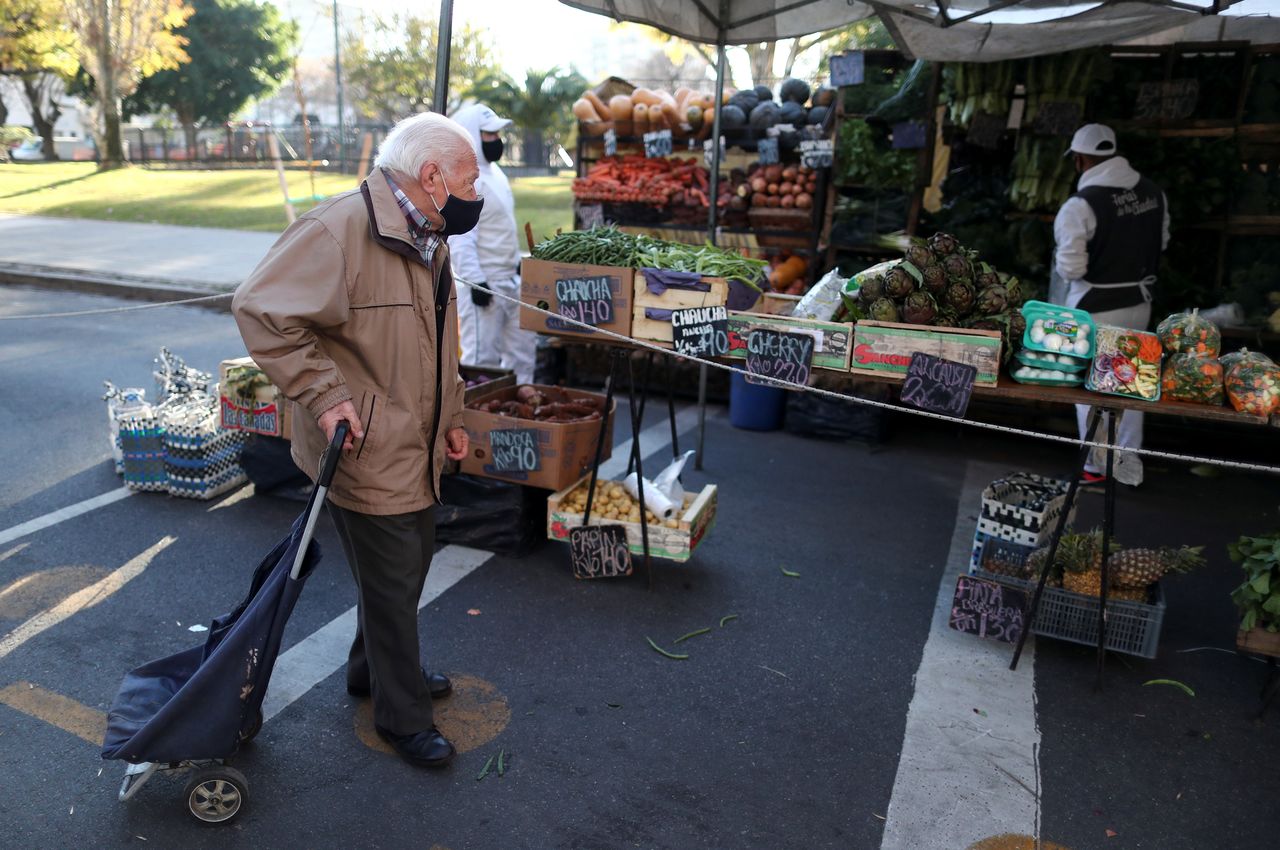 FILE PHOTO: A customer walks outside a shop at a greengrocery store in a street market, in Buenos Aires, Argentina June 15, 2021. REUTERS/Agustin Marcarian

By Hernan Nessi and Jorge Iorio

BUENOS AIRES (Reuters) - Argentina's consumer prices rose 3.2% in June, in line with analyst forecasts, taking 12-month inflation above 50% for the first time since early last year as the country grapples to bring down runaway inflation that hurts wages and growth.

The country's official INDEC statistics agency said on Thursday that prices rose 25.3% in the first half of the year and were up 50.2% versus a year earlier.

A Reuters poll of analysts had earlier predicted the monthly rise, which is the slowest of the year so far, but warned that prices would likely reheat as the country neared mid-term legislative elections in November.

"There is a slight slowdown that began in May due to seasonal factors," said Natalia Motyl, analyst at the Fundacion Libertad y Progreso.

"This slowdown is expected to reverse as we get closer to the elections, when the uncertainty of the year causes a greater run against the peso."

Argentina's Economy Ministry in a statement said it expected monthly price rises to continue to cool, though cited elevated global inflation and high commodities prices including grains such as soy and wheat which the country produces and exports.

"This disorderly inflation is a new phenomenon typical of the pandemic, not only in Argentina, but it is also making it difficult for other countries to meet their goals," it said.

"High inflation remains one of the key macroeconomic challenges facing the government, and a significant political liability for the government coalition," he said.

Argentina has been battling runaway inflation for years, with an annualized rate currently at an eye-watering 50%, far higher than the government's 29% target for the year.

"It looks very difficult that this year's inflation is not higher than that of 2020," said Tobías Pejkovich, an economist at the Abeceb consultancy, referring to the 36% rise last year.

Analysts estimates had ranged from a minimum monthly Consumer Price Index (CPI) advance of 3.0% to a maximum of 3.6%.