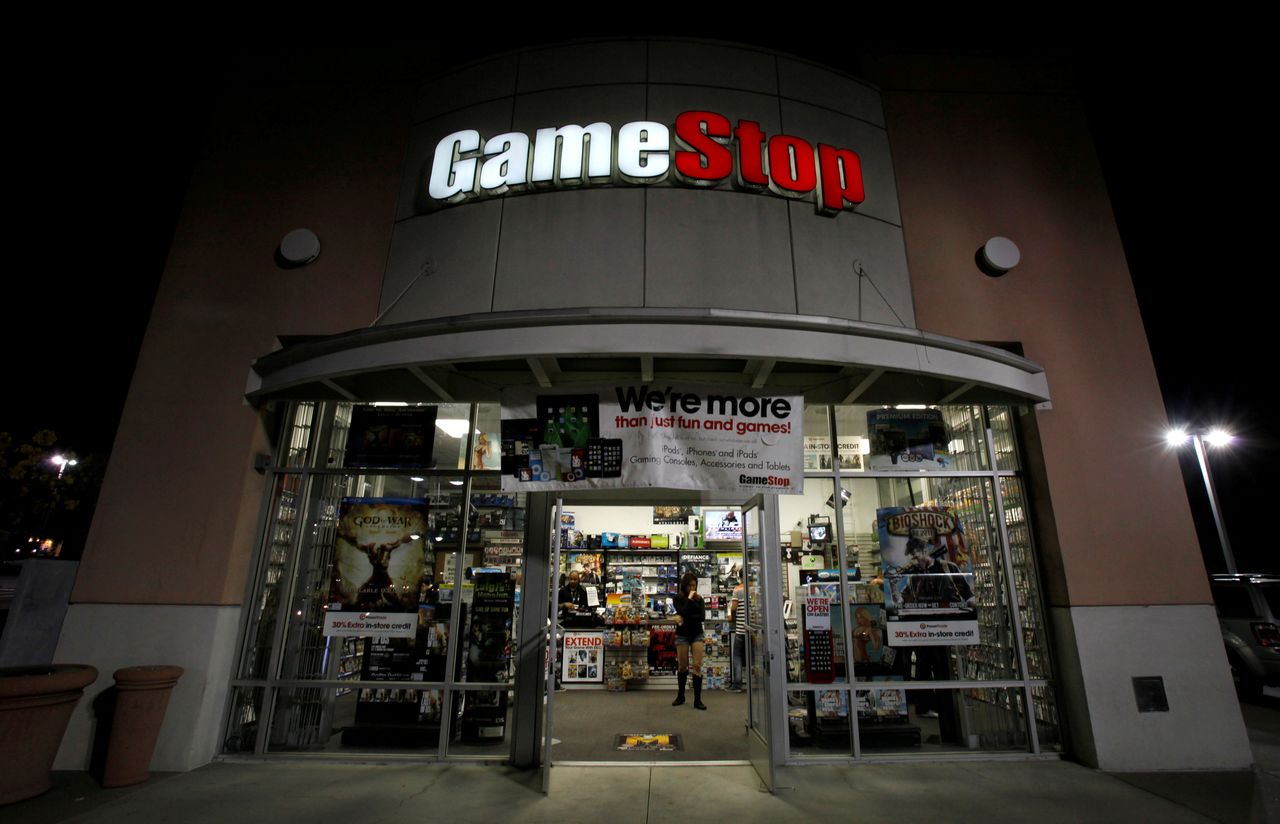 (Reuters) - Shares of retail favorite AMC Entertainment were fighting to reverse a recent string of losses Thursday, as Wall Street debated the longevity of a trading frenzy in stocks that gained a massive following on social media in 2020.

Shares of videogame retailer GameStop, meanwhile, continued their recent tumble and were off 3.1% at $162.34, compared with its June peak of $344.66.

Netflix said late Wednesday that it had hired of a former Facebook executive to lead its video games unit as it ramps up efforts beyond its traditional streaming business, potentially adding competition for GameStop.

Cinema operator AMC and GameStop have been at the center of massive rallies in meme stocks that hurt bearish hedge funds and raised the profile of retail investors coordinating their buying on websites such as Reddit’s WallStreetBets.

While both are sitting on big year-to-date-gains - AMC is up about 1500% in 2021 and GameStop is up around 760% - their more recent slides have led some analysts to question whether the retail fervor that buoyed their shares is dying down.

Retail investor purchases of meme stocks tracked by Vanda Research have declined steeply since early June, roughly mirroring the fall in the basket of meme stocks followed by the firm.

“Retail investors are slowly capitulating on meme stocks, and prices are tumbling as a result,” Vanda’s analysts said in a recent note.

Meanwhile, Google searches for “invest” and “buy stocks” have fallen back to pre-pandemic levels, in what DataTrek co-founder Nicholas Colas said is an ominous sign for the meme stock rally.

JPMorgan’s Peng Cheng, however, noted that AMC and some other meme stocks saw “significant” retail buying last week, even as they declined.

Other stocks popular on social media include Marin Software which was down 26.5% on Thursday at $10.05, well below its 2021 peak of $27.26 reached on July 6, although still above the June 23 close of $1.71. Similarly, after massive spikes in trading volume that kicked off in early June, ContextLogic last traded at $9.74 after touching $15.18 in late June.