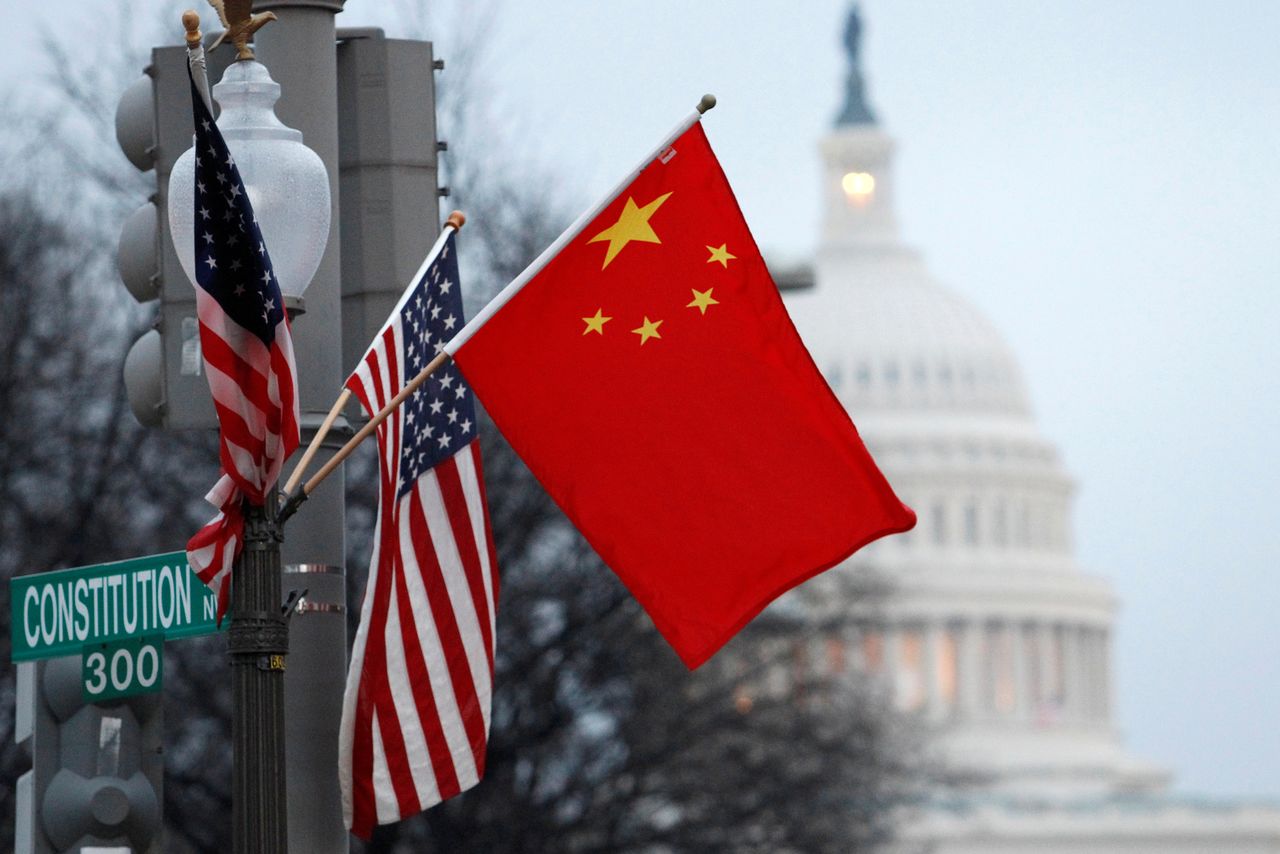 By Humeyra Pamuk and David Shepardson

WASHINGTON (Reuters) -The United States is preparing to impose sanctions on Friday on a number of Chinese officials over Beijing's crackdown on democracy in Hong Kong, and warn international businesses operating there about deteriorating conditions, two people with knowledge of the situation told Reuters.

"Let me talk about the business advisory," U.S. President Joe Biden said when asked about it at a news conference with visiting German Chancellor Angela Merkel.

"The situation in Hong Kong is deteriorating. And the Chinese government is not keeping its commitment that it made on how it would deal with Hong Kong, and so it is more of an advisory as to what may happen in Hong Kong. It's as simple as that and as a complicated as that."

The moves mark the Biden administration's latest effort to hold the Chinese government accountable for what Washington calls an erosion of rule of law in the former British colony that returned to Chinese control in 1997.

Foreign ministry spokesman Zhao Lijian said at a regular news conference on Friday that the U.S. should stop interfering in Hong Kong.

China would make a "resolute, strong response" to U.S. actions, he said.

Both people, who asked not to be identified, said the Hong Kong measures were still subject to change. One of the sources said the White House was also reviewing a possible executive order on immigration from Hong Kong, but that it was still not certain to be implemented.

The U.S. Treasury Department has declined to comment on the issue following media reports this week about possible new sanctions.

"We know that a healthy business community relies on the rule of law, which the national security law that applies to Hong Kong continues to undermine," State Department spokesman Ned Price said on Tuesday when asked about the issue.

U.S. Deputy Secretary of State Wendy Sherman is preparing a visit to Japan, South Korea and Mongolia next week. The State Department's announcement of her trip made no mention of any stop in China, which had been anticipated in foreign policy circles and reported in some media.

The State Department on Tuesday strengthened warnings to businesses about the growing risks of having supply chain and investment links to China's Xinjiang region, citing forced labor and human rights abuses there, which Beijing has denied.