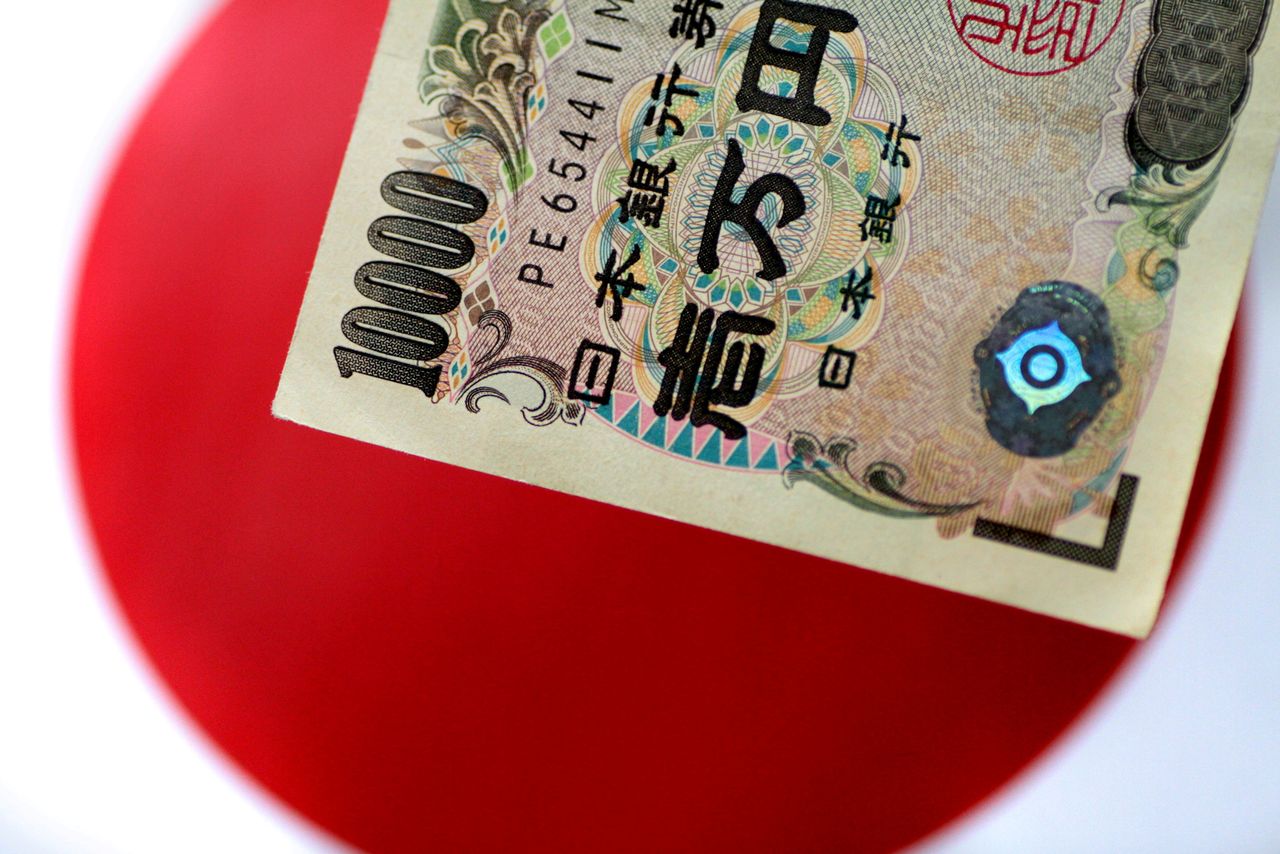 TOKYO (Reuters) -The Bank of Japan cut this fiscal year's growth forecast on Friday as new emergency curbs to combat the COVID-19 pandemic hurt consumption, reinforcing expectations that it will lag global counterparts in dialing back its massive stimulus.

With monetary policy in a holding pattern, the BOJ edged closer to uncharted territory by laying out details of a new scheme aimed at funding activities for combating climate change.

The central bank also released a list of other steps it will take on climate change, including a plan to start buying green bonds using its small pool of foreign reserves.

"While the Board is under no illusion that it will hit its 2% inflation target anytime soon, it has nonetheless scaled back policy support in recent months," Thieliant said.

"Indeed, the Bank has now shifted from crisis mode towards addressing long-term structural issues," he added.

In fresh quarterly projections released on Friday, the BOJ said it now expects the economy to expand 3.8% in the current fiscal year ending in March 2022, down from 4.0% projected in April.

But it revised up its growth forecast for next fiscal year to 2.7% from 2.4% on expectations that consumption will pick up as vaccinations accelerate.

"Japan's economy is likely to gradually recover as vaccinations progress and the impact of the pandemic subsides," BOJ Governor Haruhiko Kuroda told a news conference, maintaining a cautiously optimistic outlook.

The BOJ sharply revised up its consumer inflation forecast for the current fiscal year to 0.6% from 0.1% due in large part to recent rises in energy costs.

As widely expected, the central bank left its yield curve control (YCC) target unchanged at -0.1% for short-term interest rates and 0% for 10-year bond yields at its two-day rate review that ended on Friday. It will also continue to buy assets such as government bonds and exchange-traded stock funds (ETF).

The BOJ's green plans comes as other major central banks use their institutional heft to take on climate change.

Under the scheme to be launched this year, the BOJ said it will offer zero-interest loans that can be rolled over until 2030 to banks that boost green and sustainable loans.

The central bank said it will also include "transition finance", or lending to help polluting firms shift to greener operations, among loans eligible for the scheme.

While the banks will not be paid interest incentives for tapping the scheme, a bigger portion of their deposits parked at the BOJ will be exempt from negative interest rates.

"Aside from what governments and parliaments do, we debated what central banks can do on this front. The biggest issue was how much we should do as a central bank, and what we can do," Kuroda said.

A resurgence in infections has led the government to impose a new state of emergency in Olympic host city Tokyo less than two weeks before the Games, dashing policymakers' hope of a strong rebound in growth during the quarter.

Analysts polled by Reuters now expect the economy to grow 4.2% in the current quarter, lower than an estimate they made last month, due the hit from new pandemic curbs.