Slovakia thanks Taiwan for masks with pledge of 10,000 vaccine doses 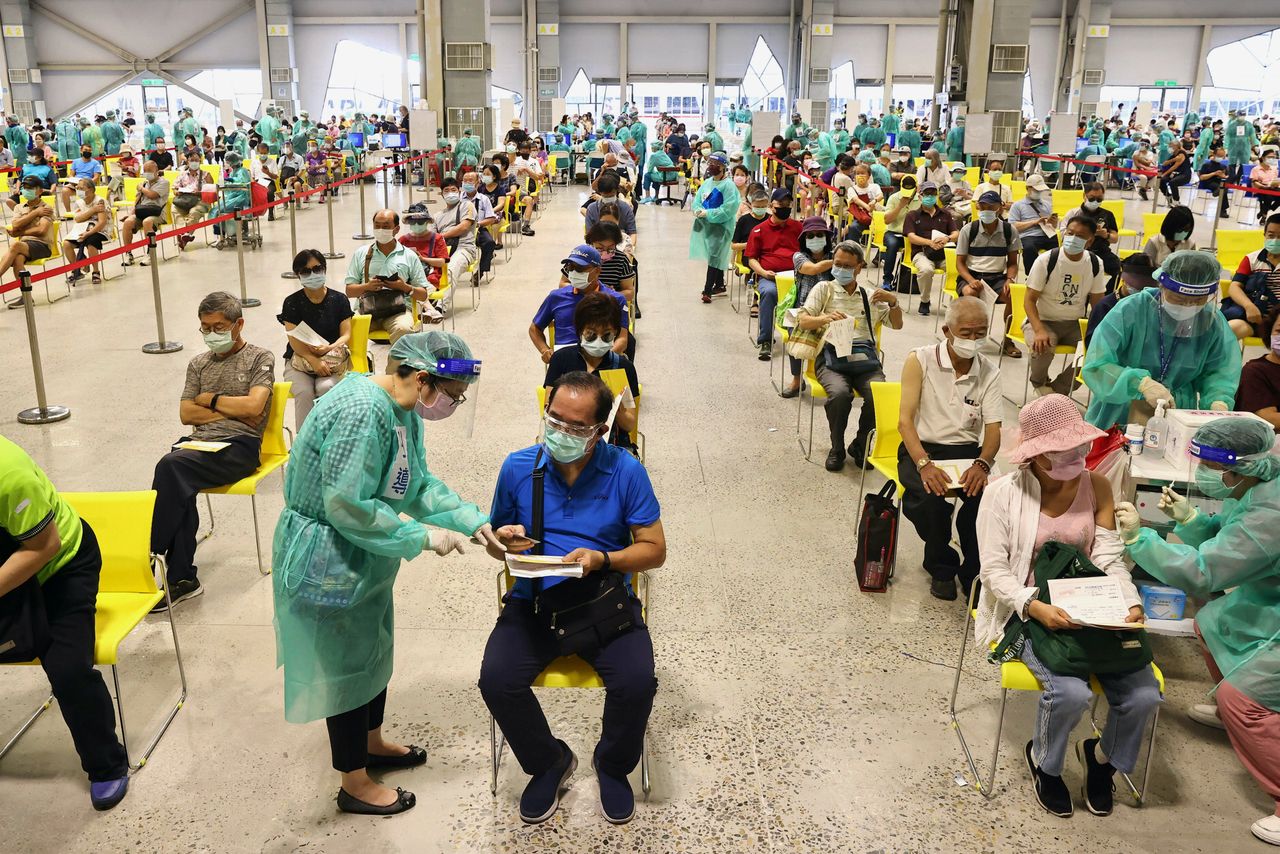 FILE PHOTO: People wait to receive a dose of the Moderna vaccine against the coronavirus disease (COVID-19) at an exhibition hall in Taipei City, Taiwan, July 14, 2021. REUTERS/Ann Wang/FIle Photo

TAIPEI (Reuters) -Taiwan has garnered another donation of COVID-19 vaccines, this time from Slovakia, which has pledged 10,000 doses in what the central European country said was a show of support after a Taiwanese gift of face masks to Slovakia last year.

Under the slogan "Taiwan can help, Taiwan is helping", the island has since the pandemic began donated millions of face masks around the world, including to the United States, Asia and European countries, with 700,000 going to Slovakia.

Since a spike in domestic cases began in Taiwan in May, the government has received almost six million vaccine doses gifted by Japan and the United States, while Lithuania has said it will donate 20,000 doses.

In a statement on its Facebook page on Friday, the de facto Slovak embassy in Taiwan said the country would be giving Taiwan 10,000 vaccine doses.

"Slovakia has not forgotten its friends. A year ago, Taiwan provided help in our time of need and donated masks. Now Slovakia will also contribute its own humble effort by donating 10,000 doses of vaccine to Taiwan to express support," it said.

Taiwan's Foreign Ministry expressed its thanks and said Slovakia, whose donation is being coordinated by the European Union, is finalising details including which vaccines will be donated and when they will arrive.

Slovakia, like most countries, has no formal diplomatic ties with Chinese-claimed Taiwan and only officially recognises Beijing's government.

Taiwan is ramping up its vaccination programme after a slow start, initially hampered by supply shortages and accusations Beijing was blocking deliveries, which China denied.

Around 20% of Taiwan's 23.5 million people have received at least one of the two-shot vaccine regimen so far, and the island's coronavirus outbreak is now well under control.