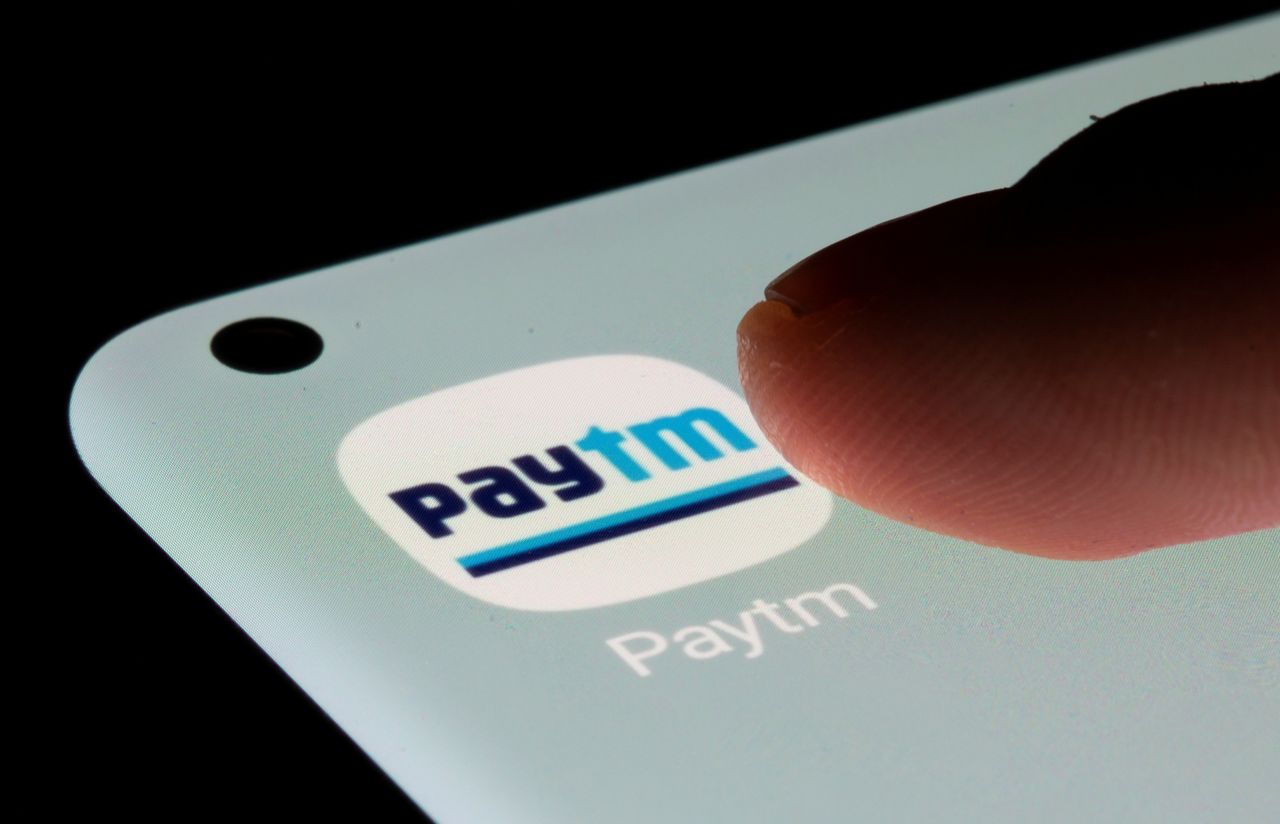 Paytm app is seen on a smartphone in this illustration taken, July 13, 2021. REUTERS/Dado Ruvic/Illustration

By Vishwadha Chander and Chris Thomas

BENGALURU (Reuters) -Indian digital payments leader Paytm, which counts Ant Group and Softbank among its backers, is seeking regulatory approval to raise up to 166 billion rupees ($2.23 billion) in one of the biggest stock market listings in the country.

The offering, which values the company at up to $25 billion according to sources, comes at a time of a pandemic-fuelled boom in India's digital economy and an intensifying battle for market share with Alphabet Inc's Google Pay and Facebook Inc-owned WhatsApp Pay.

The company, formally known as One97 Communications Ltd, will sell new shares worth 83 billion rupees while existing investors will sell another 83 billion rupees in stock in the offering, the homegrown fintech startup said in a regulatory filing on Friday.

"Companies within the digital space have good growth potential because of the increase in the number of internet users and wide access among the youth," said Ajit Mishra, vice president of research at Religare Broking in Noida.

The offering from Paytm, whose backers also include Berkshire Hathaway Inc, is expected to kick off a wave of IPOs by local fintech firms that are looking to tap capital markets for expansion plans.

Founded by entrepreneur Vijay Shekhar Sharma, 43, the company was thrust into the spotlight in 2016 during India's shock ban on high-value currency bank notes, which led to a surge in digital payments. It helped Paytm expand its services to insurance and gold sales, movie and flight ticketing, and bank deposits and remittances.

Paytm has said https://bit.ly/3eo3p91 it will use the funds from the IPO to strengthen its payment network and for acquisitions.

Several Indian startups have flagged plans to go public as they cash to cash in on growing investor interest from foreign funds.

Others in the pipeline include a blockbuster IPO by Walmart Inc-owned e-commerce giant Flipkart, beauty brand Nykaa and ride-hailing service Ola.

One97 said it may consider a further issue of shares worth up to 20 billion Indian rupees ahead of the IPO.