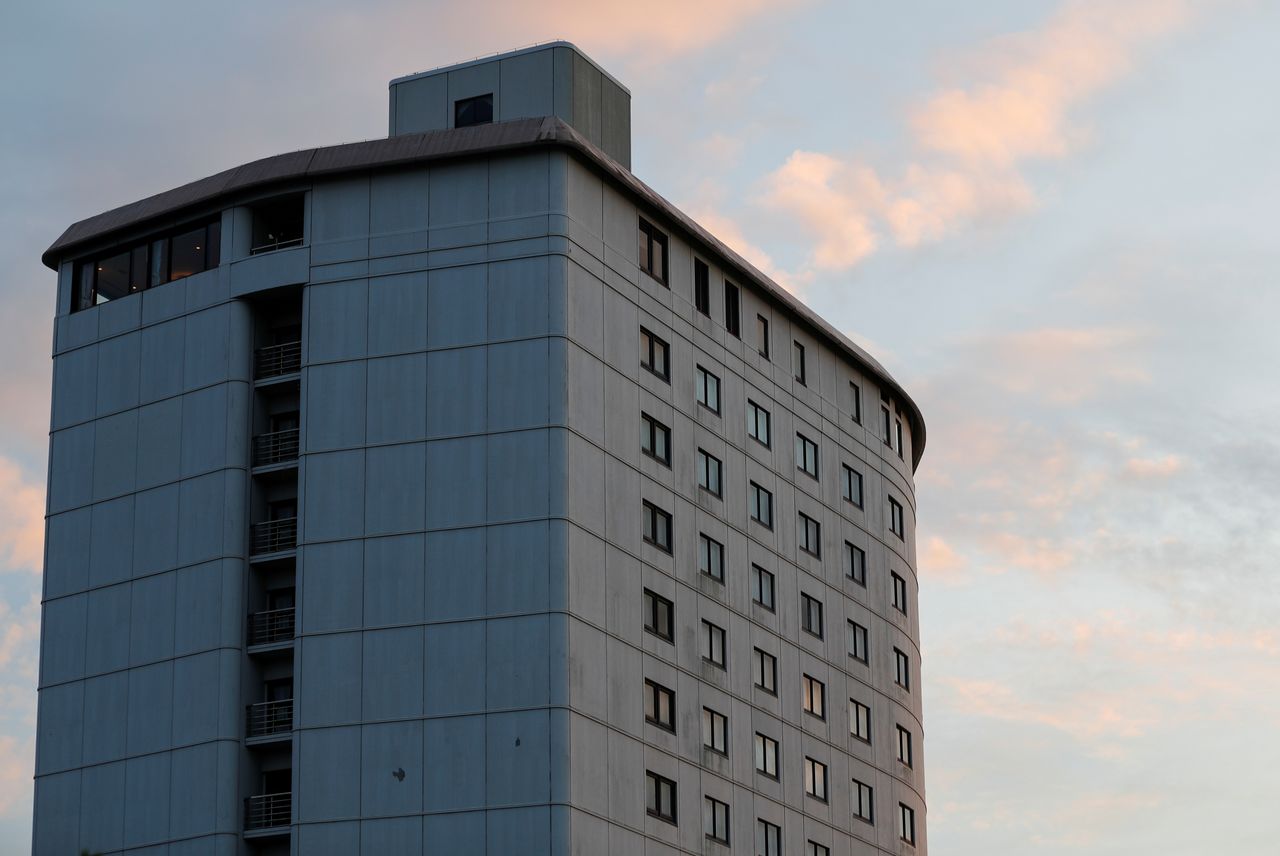 FILE PHOTO: The exterior of the Hamanako hotel, where dozens of Brazilian Olympic team members stay and a COVID-19 cluster has been detected, is pictured in Hamamatsu, Shizuoka Prefecture, Japan July 15, 2021. REUTERS/Kim Kyung-Hoon/File Photo

TOKYO (Reuters) - Coronavirus outbreaks involving Olympic teams in Japan have turned small-town hotels into facilities on the frontline of the pandemic battle, charged with implementing complex health measures to protect elite athletes and a fearful public.

Infections https://www.reuters.com/world/asia-pacific/coronavirus-incidents-tokyo-olympics-2021-07-15 have hit at least seven teams arriving in Japan barely a week out from the July 23 opening ceremony and after host city Tokyo reported its highest daily tally of new COVID-19 infections since late January.

Health experts and hotel staff say the outbreaks underscore the risks of holding the world's largest sports event during the middle of a global pandemic in a largely unvaccinated country.

In one example, 49 members of Brazil's judo team are being kept in isolation after eight COVID-19 cases were discovered among the staff at a hotel where they are staying in Hamamatsu, southwest of Tokyo.

None of the judokas have tested positive but frustration over their isolation is mounting as health officials work to contain the outbreak.

"People from the city's public health centre are tracking down close contacts here," a staff member at the Hamanako hotel who did not want to be identified told Reuters. "There are dozens of regular guests as well but we're getting cancellations now."

The staff member said athletes are using designated lifts and those who work with them are prioritised for COVID-19 testing. Meals are held in the dining area in separate spaces and the athletes are staying on separate floors.

Other outbreaks https://tmsnrt.rs/3r8Zv98 among athletes include members of Olympic delegations from Uganda, Serbia, Israel and several other nations either testing positive or isolating in their hotels after being designated as close contacts.

The organising committee did not immediately respond to Reuters' questions seeking comment.

Games organisers tell hotels to report people with a high temperature during Olympic team check-ins and say organisers and public health centres will handle outbreaks or suspected cases, according to documents the organisers sent to hotels.

Hotels need to provide room service or food delivery to athletes in isolation, and run different hours or separate spaces for meals between Olympic guests and regular guests.

The documents say organisers will not cover costs for hotels to equip rooms with acrylic dividers or provide separate dining spaces for the athletes.

Tokyo 2020 playbooks for athletes and sports federations call for attendees to physically distance themselves from others, to wear masks, and to get tested daily.

Those playbooks are working and being enforced, International Olympic Committee President Thomas Bach has said, and there was "zero" risk of Games participants infecting residents..

Tokyo entered its fourth state of emergency earlier this week amid a rebound in cases that pushed Games organisers to ban spectators from nearly all venues. More than 1,300 new cases were reported on Thursday, the most in six months.

Most people in Japan think the Games should not go ahead and only 18% are fully vaccinated.

Six hotel officials spoken to by Reuters were mostly worried about separating athletes from regular guests as well as the safety of their staff.

Similar measures were in place at the Ebina Vista Hotel on the outskirts of Tokyo, according to an Olympic official staying there, who said he was housed on the seventh floor but not permitted to use a lift.

"There are guards at each floor 24/7 preventing us from using them. Instead we are allowed to go from hotel restaurant to our rooms and back using only external evacuation stairs," said the official, who did not want to be identified.

Other measures, confirmed by the hotel, include breakfast for the athletes served before 6:30 a.m. at the restaurant or through meal boxes delivered to hotel rooms.

Koichi Tsuchiya, the hotel manager, said he worried about his staff.

"I'm scared someone from the cleaning staff would get infected. People entering guest rooms are scared," said Tsuchiya, adding that some staff were not vaccinated. "This is making us nervous."

Tsuchiya also worried about his visitors.

"Travel agents brief the athletes before arrival: you can't do this, this is not allowed, that is banned. I'm sure the athletes are extremely stressed," he said.

"As staff, we're doing our best to help them relax. But this is the situation we're in, so the infection countermeasures are the priority."