Investors lap up Zomato's India IPO with bids of $46 billion 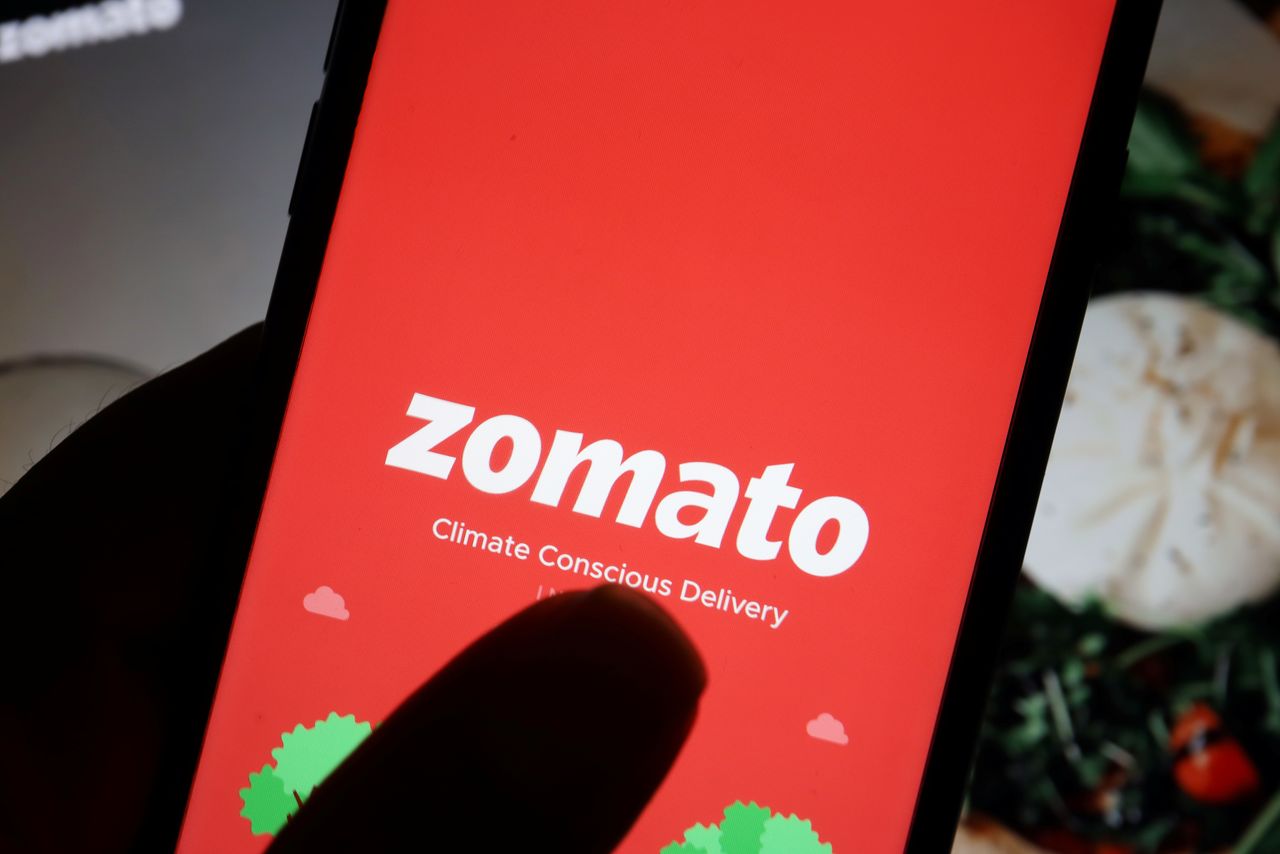 The logo of Indian food delivery company Zomato is seen on its app on a mobile phone displayed in front of its company website in this illustration picture taken July 14, 2021. REUTERS/Florence Lo/Illustration

By Abhirup Roy and Savio Shetty

MUMBAI (Reuters) -A stock offering by Indian food delivery startup Zomato drew bids worth $46.3 billion as it was more than 38 times oversubscribed on Friday, signalling investors were bullish about the fast-growing sector.

The $1.3 billion IPO of Zomato, which is backed by China's Ant Group, was the first in India's food delivery sector. It was priced at 72 to 76 rupees per share, giving it a valuation of up to $7.98 billion.

Big institutional investors also placed major bets, with the subscription for their category at 52 times the shares on offer, stock exchange data after subscriptions closed on Friday showed.

"There is insane demand and a lot of excitement," said Jimeet Modi, founder of Indian brokerage Samco Securities. "Retail investors are looking at this from a listing gains point of view."

Investors are placing bets on Zomato even though it flagged in its IPO draft prospectus that its costs and losses would continue to rise as it ramps up investments.

Before the IPO opened this week, Zomato raised $562 million from 186 big financial investors, including marquee names such as Tiger Global, BlackRock, JPMorgan and Morgan Stanley.

The Zomato IPO comes when India's markets are near their all-time highs and there is growing interest from digital companies to list on bourses.

Just like U.S.-based DoorDash, Zomato is mainly a food delivery app, having partnered with 350,000 restaurants and cafes in 526 Indian cities. It also allows customers to book tables for dining-in, write food reviews and upload photos.

While the Zomato IPO is seeing strong investor interest, some analysts said the company's valuations were too high, especially because the company does not make a profit.

Himanshu Nayyar, an analyst at India's Yes Securities, has said in a research note that Zomato's IPO price range was "really expensive", as "its path to profitability is still not clear."

Zomato is valued at an enterprise value that is 25 times sales for 2021, compared with similar global peers that are on an average value at 10 times, the research note added.