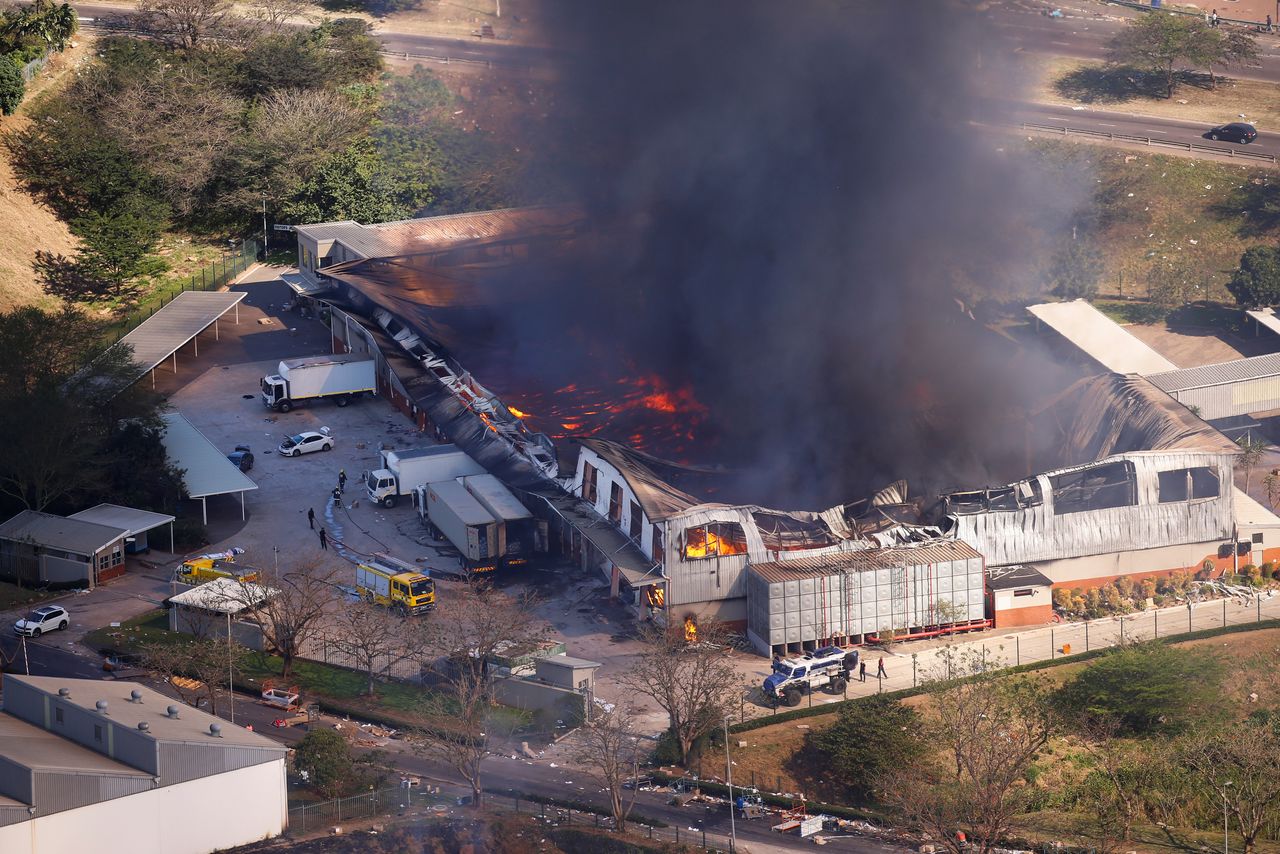 LONDON (Reuters) - The unrest that has ripped through South Africa in the past week will force its economy to contract by 3% in the third quarter and drag down full-year growth, Wall Street bank JPMorgan said on Friday.

Rioting broke out in several parts of the country, which has Africa's most industrialised economy, following the jailing of former President Jacob Zuma last week for his failure to appear at a corruption inquiry. The week of looting has destroyed hundreds of businesses and killed more than 100 people.

"The wave of violence and looting has swamped Gauteng and Kwazulu Natal (KZN), two provinces that account for over half of South Africa’s GDP," said Sonja Keller in a note to clients.

"Some knock-on effects in terms of supply-chain disruptions are also increasingly evident as parts of the ports arm of state logistics firm Transnet and the country’s largest crude oil refinery Sapref temporarily shut down operations in KZN, risking delays to fresh produce exports."

The bank trimmed its full year growth predictions to 4.5% from previously 4.9%.

On Thursday, Deutsche Bank estimated the riots in South Africa could shave 0.8% off economic growth this year while ratings agency Moody's said the unrest was likely to prove costly in terms of damage to property and would dampen subdued confidence and weigh on broader economic activity.

S&P Global Ratings said on Friday the events did not bode well for the investment climate.

"There's a cost, there's been a lot of damage," said Ravi Bhatia, director at S&P Global Ratings. "You'll have to rebuild. There is always a reluctance to invest unless you have security guaranteed."

Looking further ahead, JPMorgan's Keller said the social strain and broader discontent could well shape policy making, in particular bolster calls for a re-introduction of the COVID-grant during current mobility restrictions.

JPMorgan expected the central bank to keep interest rates steady for now when policy makers meet next on July 22, but with a hawkish shift in tone.

"A normalization cycle would be more likely to begin in September with a follow-up hike in November, rather than our base case of one hike in November," Keller said. "We see the probability of hiking at this meeting at around 30%."