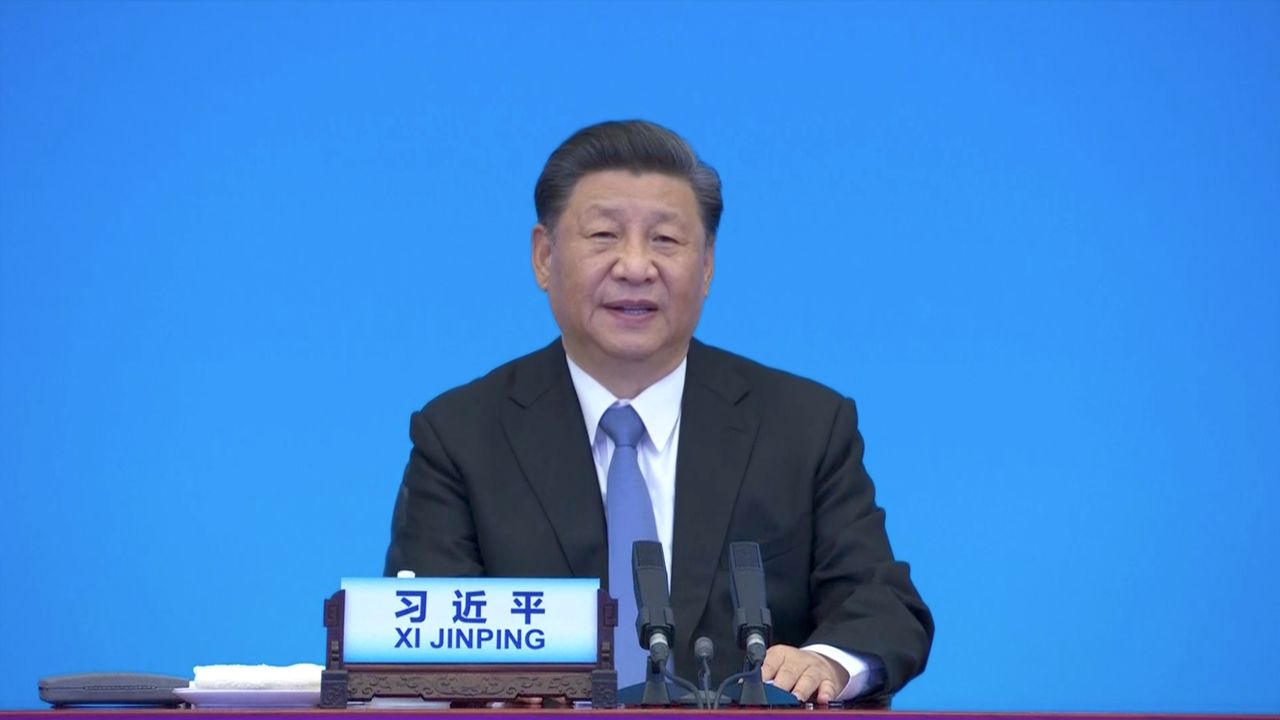 BEIJING (Reuters) -China has financed the setup of a fund under APEC to fight COVID-19 and fuel economic recovery, President Xi Jinping said during a virtual meeting of the Asia-Pacific trade group on Friday, according to Xinhua news agency.

Xi also said that China supported waiving the intellectual property rights on COVID vaccines and was willing to cooperate with other countries to ensure a stable and safe supply chain for vaccines.

"Turn your face to the sun and the shadows will fall behind you," said Xi, citing a New Zealand Maori saying, according to Xinhua.

At a G20 health summit in May, Xi pledged an additional $3 billion in aid over the next three years to help developing countries recover from the pandemic.

On the topic of regional economic integration, Xi called for countries to build an open, fair and unbiased environment for digital commerce.

"We want to tear down walls, not build them; we want openness, not isolation; we want integration, not decoupling," Xi told world leaders, including U.S. President Joe Biden.

Xi said that China has finished ratifying the Regional Comprehensive Economic Partnership (RCEP), the world's largest free trade bloc consisting of 15 Asia-Pacific economies but not the United States, and said he hoped the agreement could come into effect by the end of 2021.

Xi was speaking at an extraordinary meeting held by New Zealand, the revolving Asia-Pacific Economic Cooperation host, ahead of a formal gathering in November, the first time such an additional meeting has been held.