TOKYO (Reuters) -Tokyo Olympics organisers on Saturday reported the first case of COVID-19 at the athletes' village, along with 14 other new cases connected to the Games that begin next week, raising fresh doubts over promises of a "safe and secure" event.

The latest cases are a blow to the local organisers and the International Olympic Committee, who have insisted the Games will not become a super-spreader event.

The Tokyo organisers confirmed that a visitor from abroad working for the Olympics had tested positive in a routine check on Friday. The person's nationality was not revealed due to privacy concerns.

The other cases included two members of the media, seven contractors and five Games personnel. [L1N2OR0C6]

The case at the athletes' village, a 44-hectare site built on Tokyo's waterfront, is particularly worrying as the majority of the 11,000 competitors will be staying there.

IOC President Thomas Bach, facing unprecedented opposition to an Olympics days before it starts, acknowledged the concerns in the Japanese public but urged them to welcome the athletes.

Bach said he was hoping domestic sporting success could help shift the mood from what he said bordered on the aggressive to something more supportive.

"We are well aware of the scepticism a number of people have here in Japan. We ask and invite the Japanese people, humbly, to welcome and support the athletes from around the world," Bach told a news conference.

"We are also confident once the Japanese people will see the Japanese athletes successfully performing in the Olympic Games then the attitude may become less emotional."

Originally intended to showcase Japan's recovery from its 2011 earthquake and nuclear disaster, the Tokyo Olympics has become an exercise in damage limitation.

Postponed for a year due to the global pandemic, it is being held mostly without spectators and under tight quarantine rules. Most athletes are starting to arrive for the Games, which run from July 23 through Aug. 8.

The Japanese public has been wary about hosting the Games at all amid a resurgence in new coronavirus infections and worries that an influx of visitors may create a super-spreader event, straining an already-stretched medical system.

Only around 20% of the population is fully vaccinated.

Although Japan has escaped the explosive outbreaks of other nations, it has recorded more than 820,000 cases and about 15,000 deaths. The number of new cases in host city Tokyo, which is in its fourth state of emergency over the virus, has been over 1,000 for four straight days.

So far, more than 40 people involved in the Games, including Japanese and foreigners, have tested positive for the virus.

Toshiro Muto, chief of the Tokyo 2020 organising committee, said on Saturday officials were working on the assumption that there would be positive COVID-19 cases.

A key part of the anti-contagion measures is daily saliva testing of the athletes who take part, as well as frequent testing of others involved in the event. Visitors' movements are also due to be monitored and restricted.

But in a sign that the organisers were already finding rules difficult to enforce, Ugandan weightlifter Julius Ssekitoleko went missing from his team's training site in Osaka on Friday.

Authorities are still looking for him, according to Games organisers. Media reports said he left behind a note saying he wanted to stay and work in Japan, as life in Uganda was difficult. 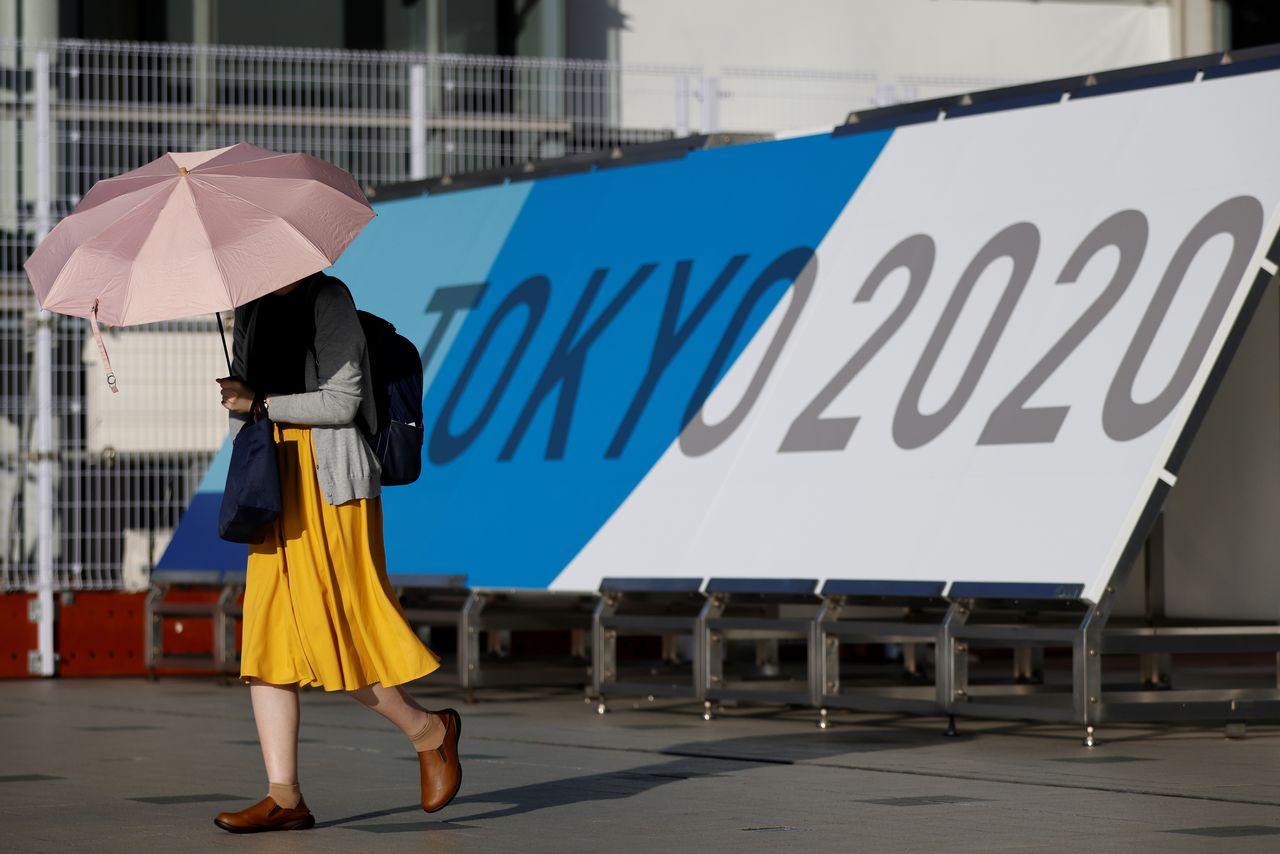 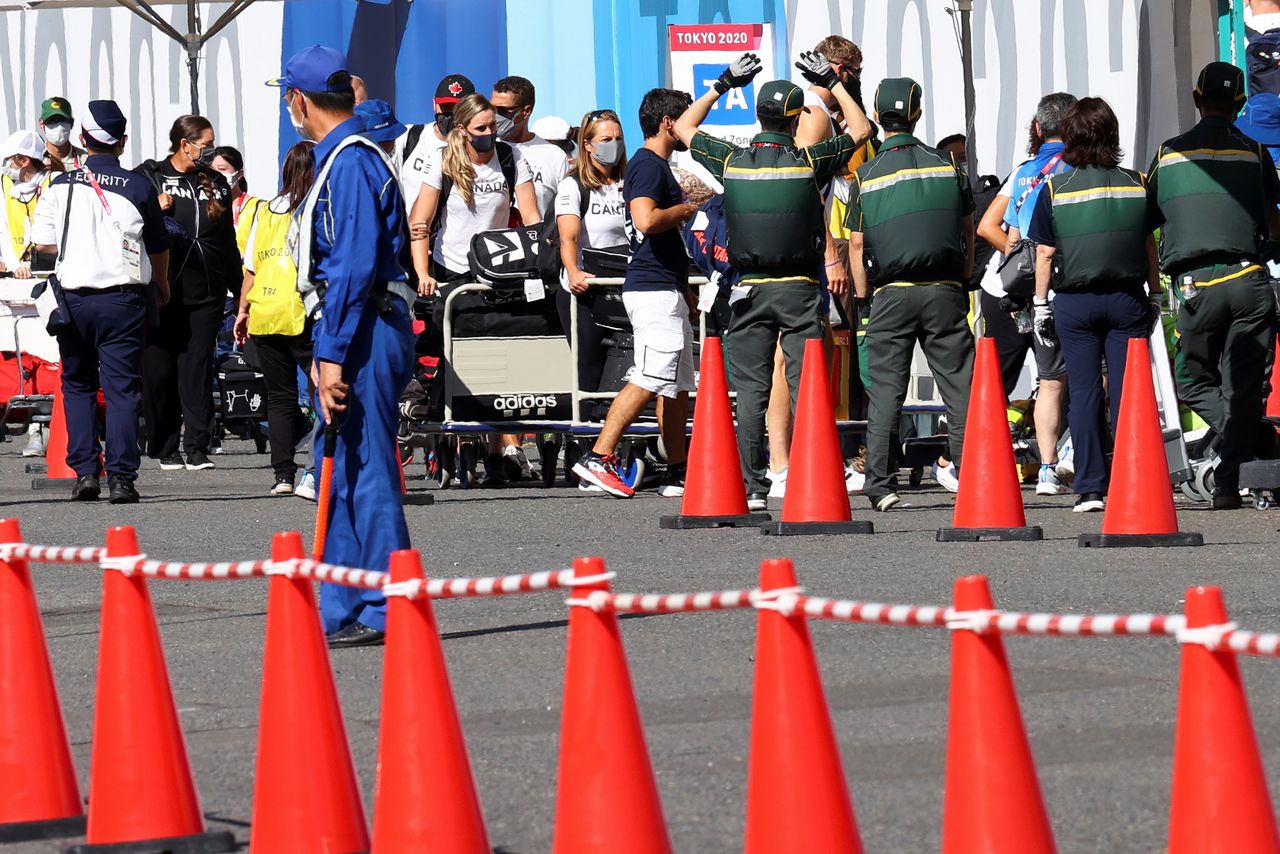 Members of the Canadian Olympic Team stand next to a facility outside the Athletes Village, where a person has tested positive for COVID-19, ahead of Tokyo 2020 Olympic Games in Tokyo, Japan July 17, 2021. REUTERS/Kim Kyung-Hoon 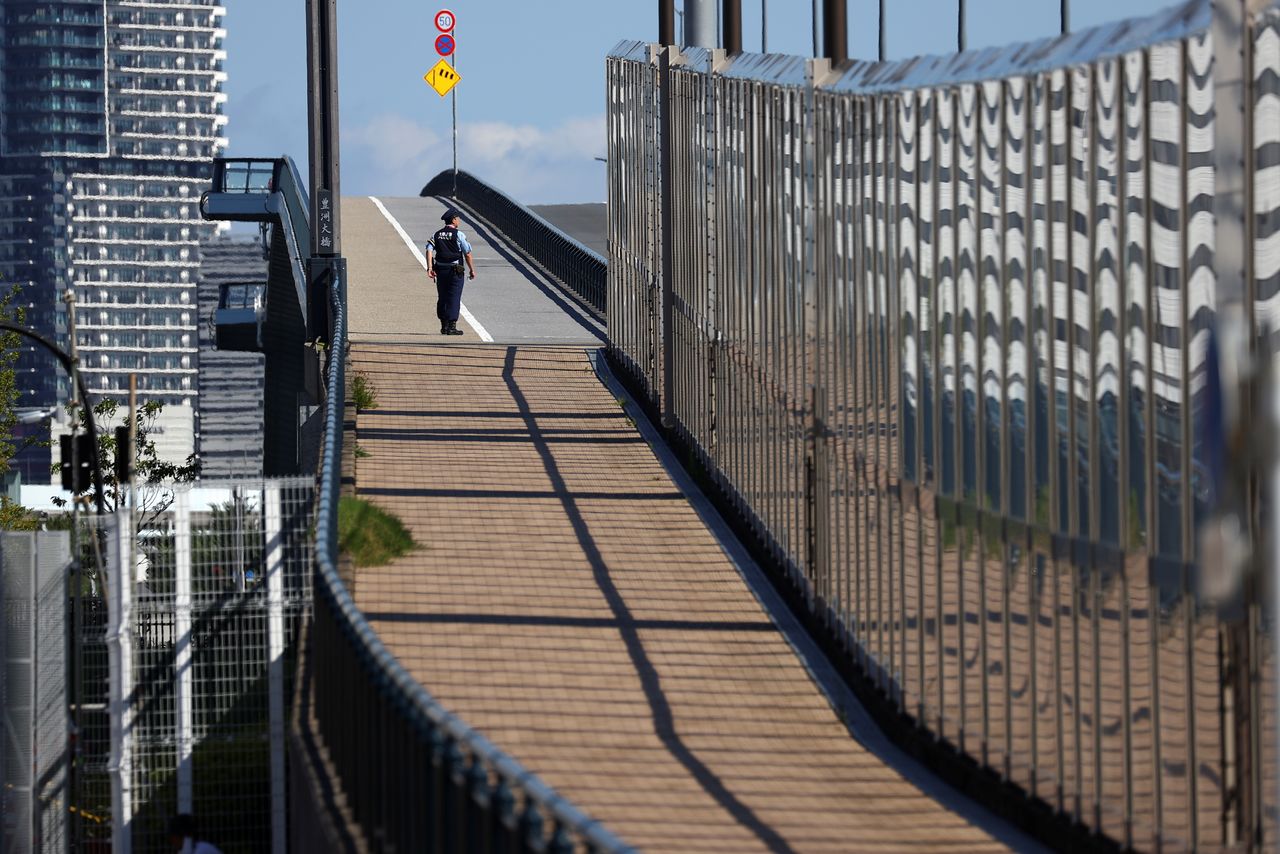 A police officer patrols around, outside the Athletes Village, where a person has tested positive for COVID-19, ahead of Tokyo 2020 Olympic Games in Tokyo, Japan July 17, 2021. REUTERS/Kim Kyung-Hoon 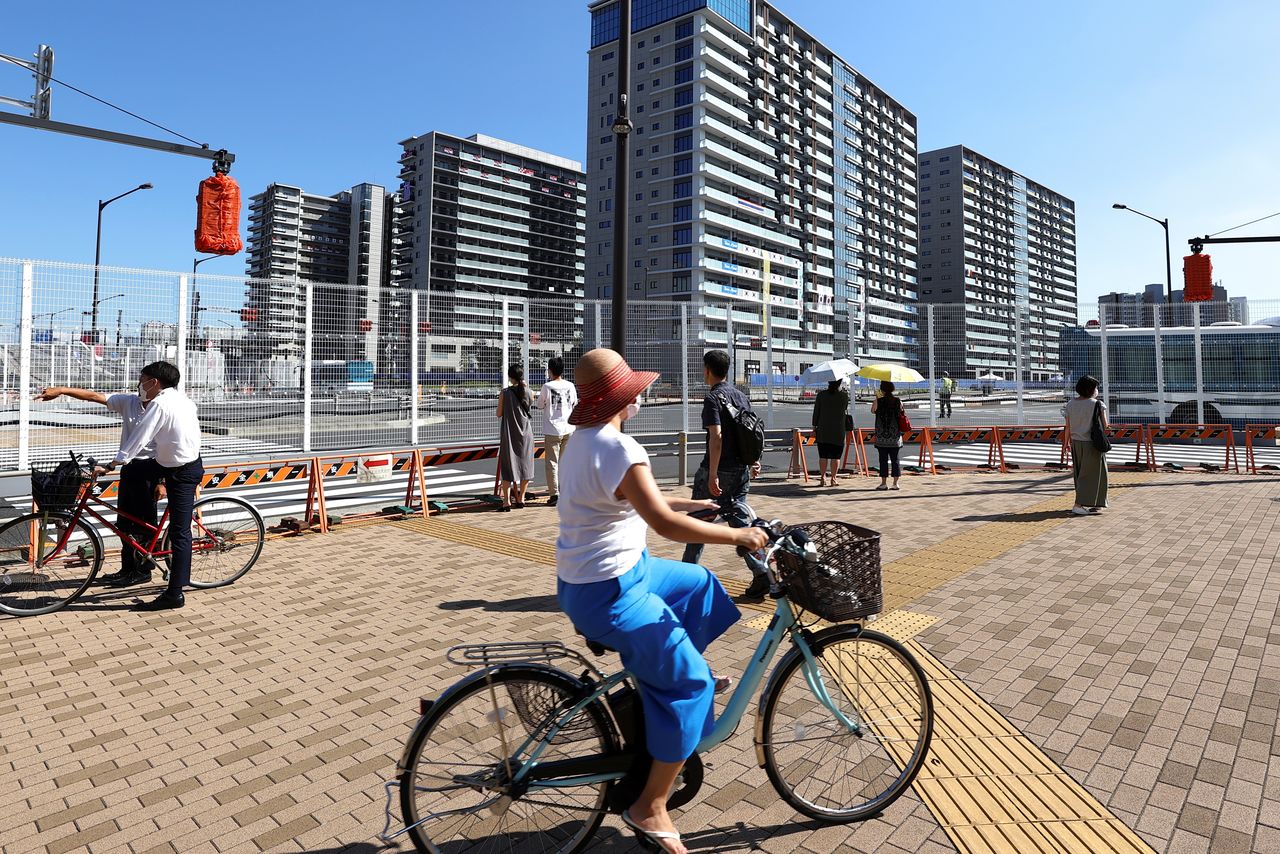 People stand next to fences as they look at the Athletes Village, where a person has tested positive for COVID-19, ahead of Tokyo 2020 Olympic Games in Tokyo, Japan July 17, 2021. REUTERS/Kim Kyung-Hoon 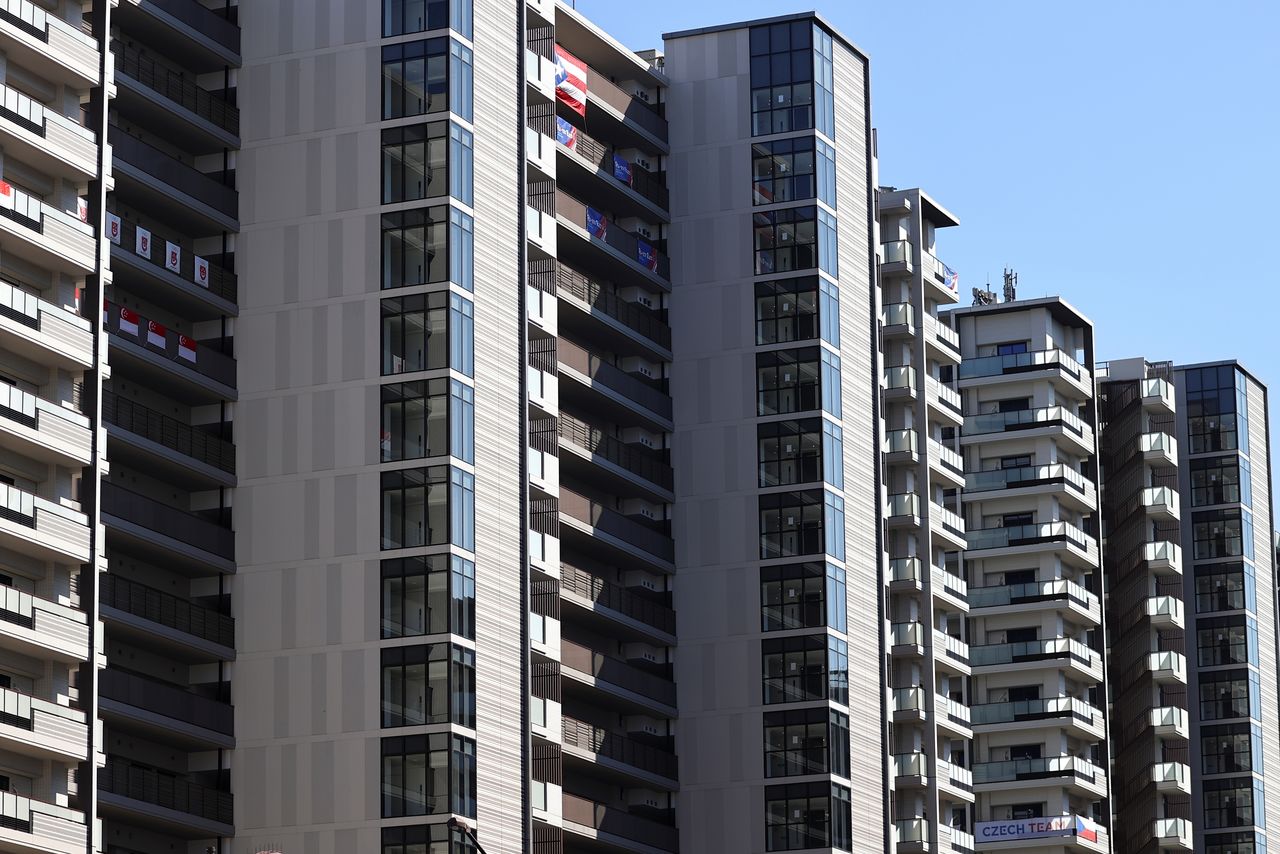 Appartments hosting Olympics participants are pictured, at the Athletes Village, where a person has tested positive for COVID-19, ahead of Tokyo 2020 Olympic Games in Tokyo, Japan July 17, 2021. REUTERS/Kim Kyung-Hoon