Britain sets out plan to stimulate trade with developing economies 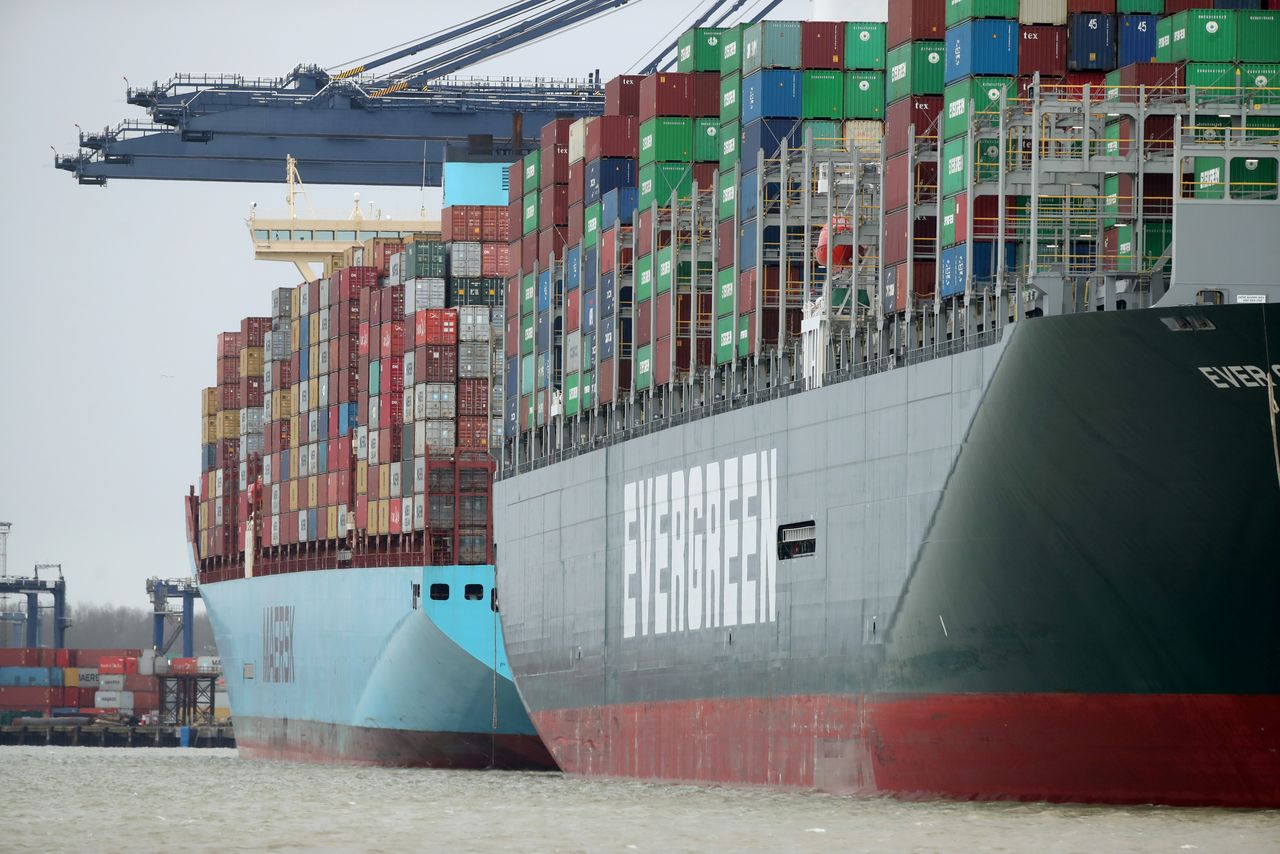 FILE PHOTO: A view of the Port of Felixstowe, as containers are seen aboard the container ship Ever Greet, in Felixstowe, Britain, January 28, 2021. REUTERS/Peter Cziborra/File Photo

LONDON (Reuters) - Britain will set out a plan on Monday to stimulate trade with 70 developing economies by lowering tariffs and simplifying rules, its latest push to promote freer global commerce after regaining control of its trade policy following Brexit.

The government will detail the Developing Countries Trading Scheme in a consultation document. The plan builds on an existing European Union scheme that Britain was part of before leaving the bloc at the end of last year and has kept in place while working on its new programme.

"Now the UK is an independent trading nation we have a huge opportunity do things differently, taking a more liberal, pro-trade approach that leads to growth and opportunity," trade minister Liz Truss said.

The scheme seeks to further reduce the bureaucratic burden of trade between Britain and developing countries, as well as countries classed as low or lower-middle income such as Pakistan, Nigeria and Indonesia.

As well as reducing tariffs for goods coming into Britain, the scheme aims to simplify the "rules of origin" that determine where a product with a cross-border supply chain is made for taxation purposes.

Britain said it had studied similar schemes in Canada, the United States, Japan and the EU when drawing up its new programme. The government is seeking views on the plan from businesses and other stakeholders over the next eight weeks.