LONDON (Reuters) - As tensions mount between China and the United States, automakers in the West are trying to reduce their reliance on a key driver of the electric vehicle revolution - permanent magnets, sometimes smaller than a pack of cards, that power electric engines.

Most are made of rare earth metals from China.

The metals in the magnets are actually abundant, but can be dirty and difficult to produce. China has grown to dominate production, and with demand for the magnets on the rise for all forms of renewable energy, analysts say a genuine shortage may lie ahead.

Some auto firms have been looking to replace rare earths for years. Now manufacturers amounting to nearly half global sales say they are limiting their use, a Reuters analysis found.

Automakers in the West say they are concerned not just about securing supply, but also by huge price swings, and environmental damage in the supply chain.

This means managing the risk that scrapping the metals could shorten the distance a vehicle can travel between charges. Without a solution to that, the range anxiety that has long hampered the industry would increase, so access to the metals may become a competitive edge.

Rare earth magnets, mostly made of neodymium, are widely seen as the most efficient way to power electric vehicles (EVs). China controls 90% of their supply.

Prices of neodymium oxide more than doubled during a nine-month rally last year and are still up 90%; the U.S. Department of Commerce said in June it is considering an investigation into the national security impact of neodymium magnet imports.

Companies trying to cut their use include Japan's third-largest carmaker Nissan Motor Co, which told Reuters it is scrapping rare earths from the engine of its new Ariya model.

Germany's BMW AG did the same for its iX3 electric SUV this year, and the world's two biggest automakers Toyota Motor Corp of Japan and Volkswagen AG of Germany have told Reuters they are also cutting back on the minerals.

Rare earths are critical for the electronics, defence and renewable energy industries. Because some can generate a constant magnetic force, the magnets they make are known as permanent magnets.

Electric cars with these require less battery power than those with ordinary magnets, so vehicles can go longer distances before recharging. They were the no-brainer choice for EV motors until about 2010 when China threatened to cut rare earth supply during a dispute with Japan. Prices boomed.

Now, supply concerns are opening a divide between Chinese EV producers and their Western rivals.

While automakers in the West are cutting down, the Chinese are still churning out vehicles using the permanent magnets. A Chinese rare earths industry official told Reuters that if geopolitical risks are set aside, China's capacity can "fully meet the needs of the world's automotive industry."

Altogether, based on sales data from JATO Dynamics, manufacturers accounting for 46% of total light vehicle sales in 2020 have said they have scrapped, plan to eliminate, or are scaling down rare earths in electric vehicles.

And new ventures are springing up to develop electric motors without the metals, or to boost recycling of the magnets used in existing vehicles.

"Companies that spend tens or hundreds of millions developing a family of products... they don't want to put all their eggs in one basket - that's the Chinese basket," said Murray Edington, who runs the Electrified Powertrain department at British consultancy Drive System Design. "They want to develop alternatives."

BMW says it has redesigned its EV technology to make up for a lack of rare earths; Renault SA has slotted its rare-earth-free Zoe model into a growing niche of small urban cars that do not need extended driving ranges.

Tesla Inc, the U.S. EV giant whose $621 billion market value is just below that of the top five automakers combined - is opting for both types of motors.

"You're pulling your hair deciding whether you think supplies will be viable in the future and at what price," said Ryan Castilloux of Canada-based consultancy Adamas Intelligence.

His consultancy expects global consumption of rare earths for magnets to climb to $15.7 billion by 2030, nearly four times this year's value.

Neodymium is a mighty metal. The neodymium magnets in a typical EV weigh up to 3kg (6 lb), but even at 1/12th of that weight, a neodymium magnet can support steel as heavy as prizefighter Tyson Fury, and will have about 18 times more magnetic energy than the standard variety, British magnet company Bunting told Reuters.

Even though the pandemic has dented auto sales, demand for these magnets in electric vehicles shot up by 35% last year alone to 6,600 tonnes, Adamas Intelligence says.

The permanent magnets in hybrid and EV motors cost more than $300 per vehicle or up to half the cost of the motor, analysts say.

Analysts at investment bank UBS expect electric models to make up half of global new car sales by 2030, up from only 4% last year. The magnets are also in demand for wind turbines, global installations of which jumped 53% last year, according to the industry trade group.

"The upstream rare earth supply chain, including mining and processing, is definitely a big concern, but when it comes to actual RE magnet production, China has an even tighter grip," said David Merriman at Roskill, a critical materials consultancy in London.

For many EV drivers, range anxiety may not be an issue.

"Most people are driving less than 100 miles a day, so for that you can have a less efficient motor," said researcher Jürgen Gassmann at Fraunhofer IWKS in Germany.

Even so, automakers in the West have adopted a range of strategies. Some, like Toyota, still use permanent magnets but have trimmed use of rare earths, developing a magnet that needs 20%-50% less neodymium.

Others, like BMW, have undertaken major redesigns: The German carmaker told Reuters it overhauled its drive unit to combine motor, electronics and transmission in a single housing, cutting down on space and weight.

"Our goal for the future is to avoid rare earths as much as possible and to become independent of possible cost, availability and - of course - sustainability risks," said Patrick Hudde, BMW's vice president of raw material management.

Tesla started in 2019 to combine engine types. Its S and X models have two motors: one with rare earth magnets, one without. The induction motor provides more power, while the one with permanent magnets is more efficient, Tesla said: Including a rare earth motor boosted the models' driving range by 10%. Volkswagen also uses both types of motors on its new ID.4 crossover SUV, it said.

The use of non-rare-earth electric motors is set to jump nearly eightfold by 2030, according to Claudio Vittori, senior analyst of e-mobility at data analytics company IHS Markit. But he said permanent magnet motors will still dominate, mainly because of their power and efficiency.

If the forecasts are correct, it's not certain that even these tweaks can cool the market.

"I think we need these innovations to help balance the really strong demand growth that we're looking at," Castilloux says. "There's almost no scenario where supply will be enough." 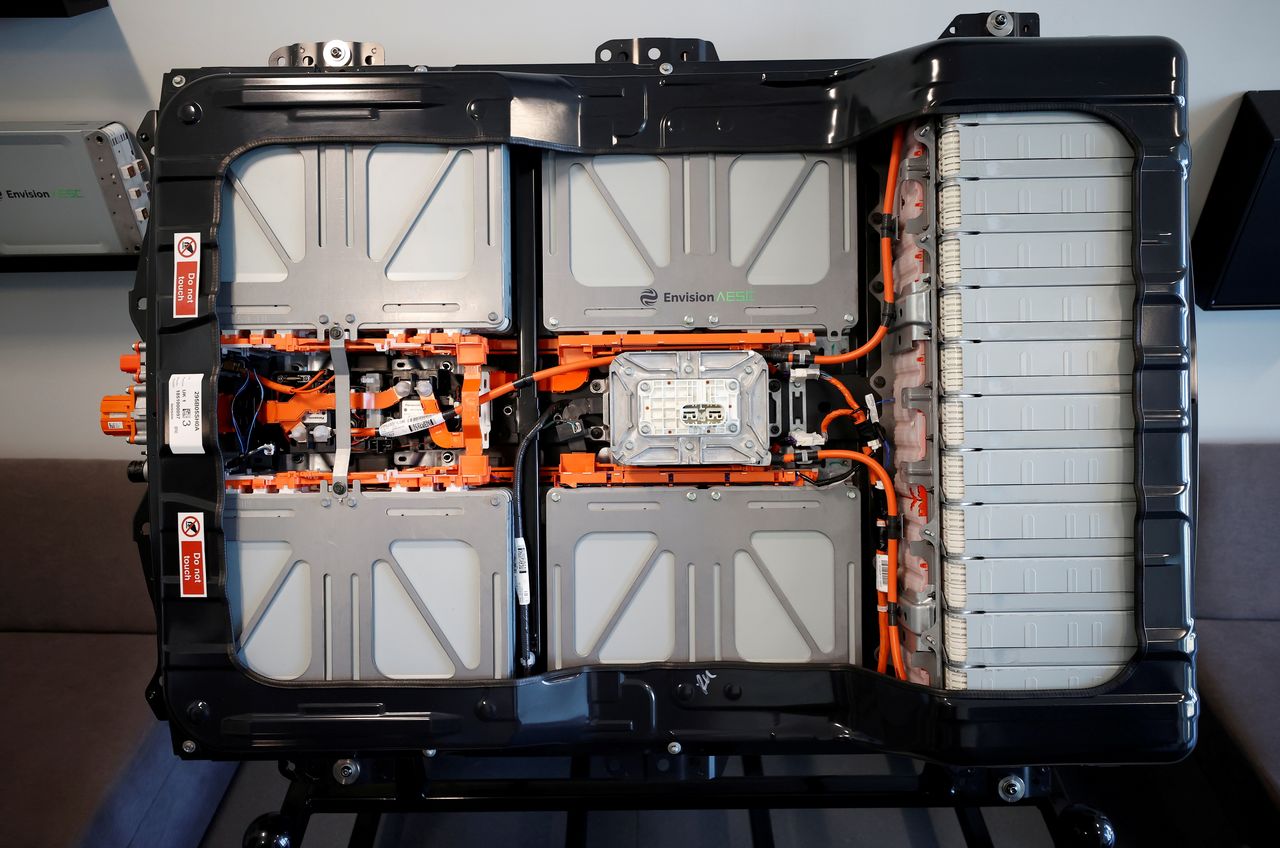 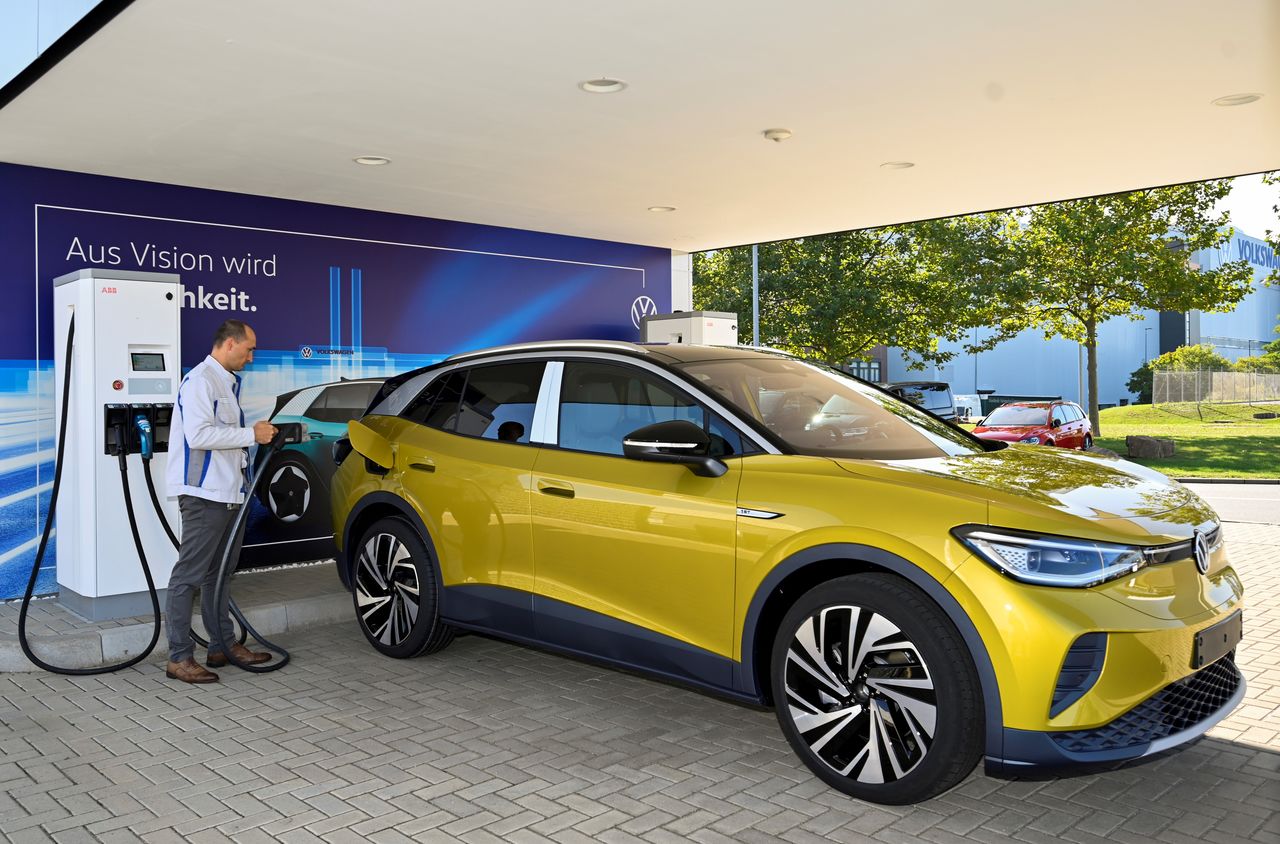 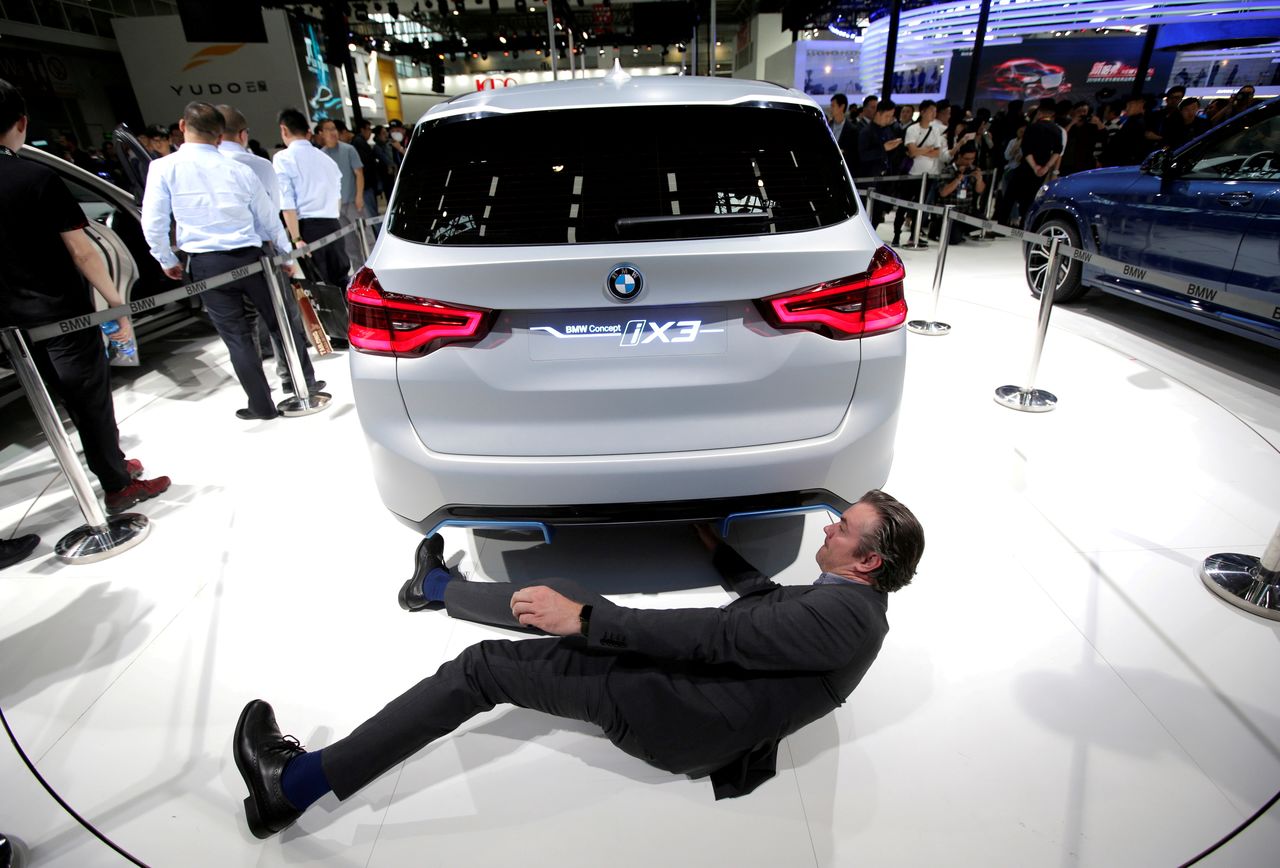 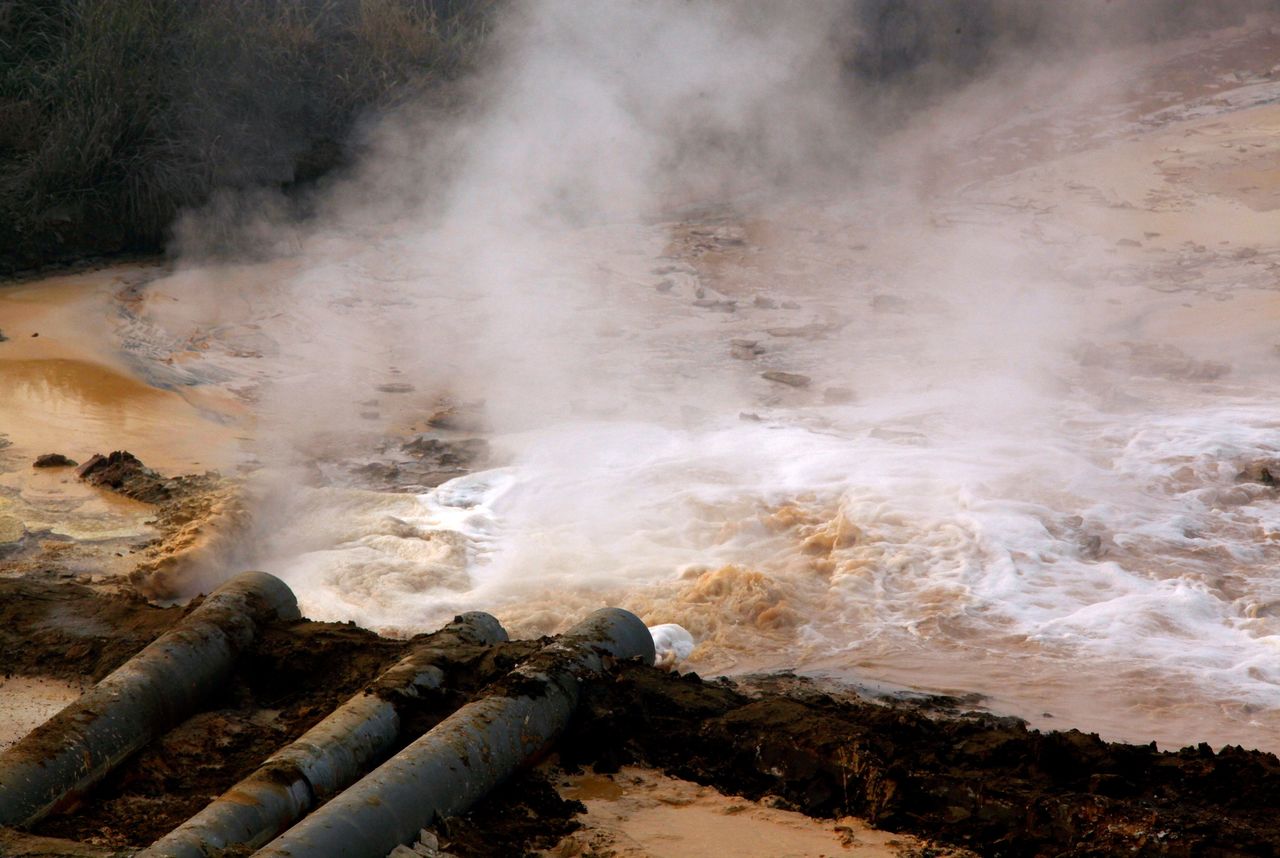 FILE PHOTO: Pipes coming from a rare earth smelting plant spew polluted water into a vast tailings dam near Xinguang Village, located on the outskirts of the city of Baotou in China's Inner Mongolia Autonomous Region in this October 31, 2010 picture. REUTERS/David Gray/File Photo 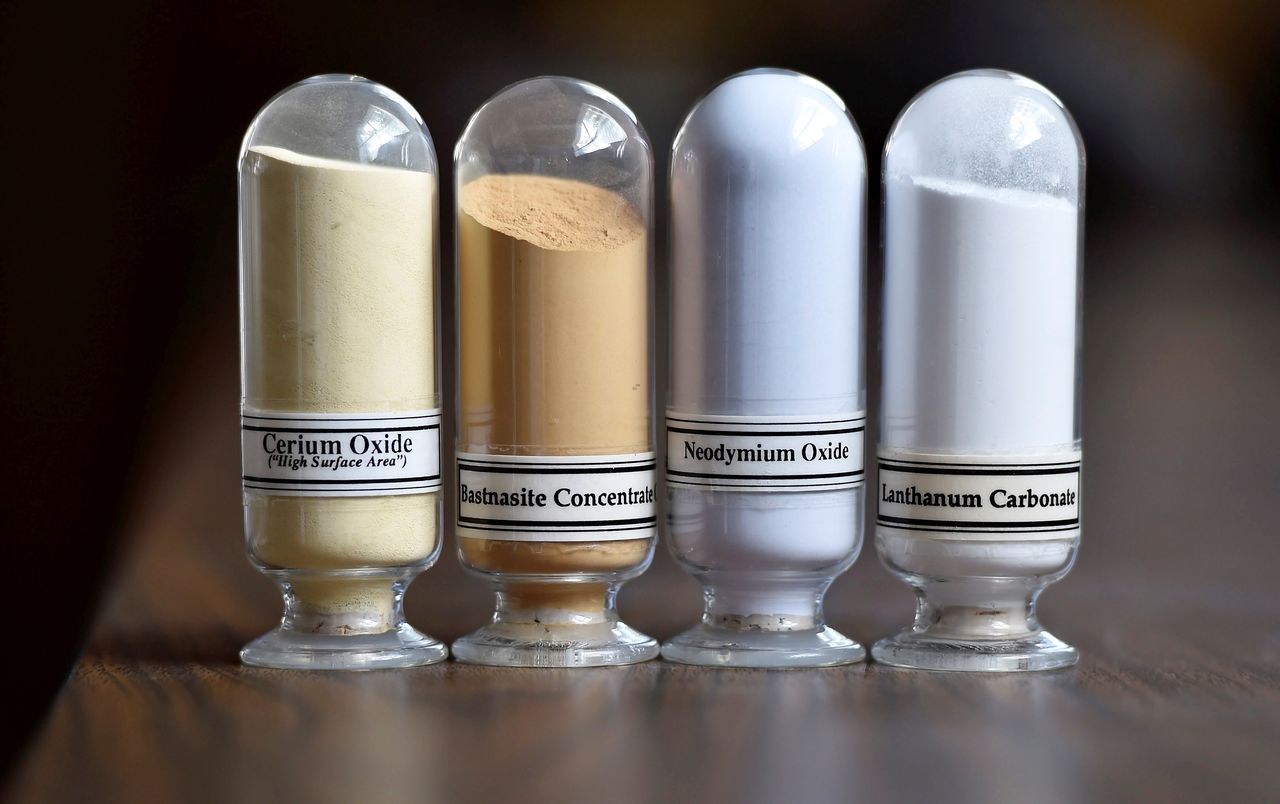