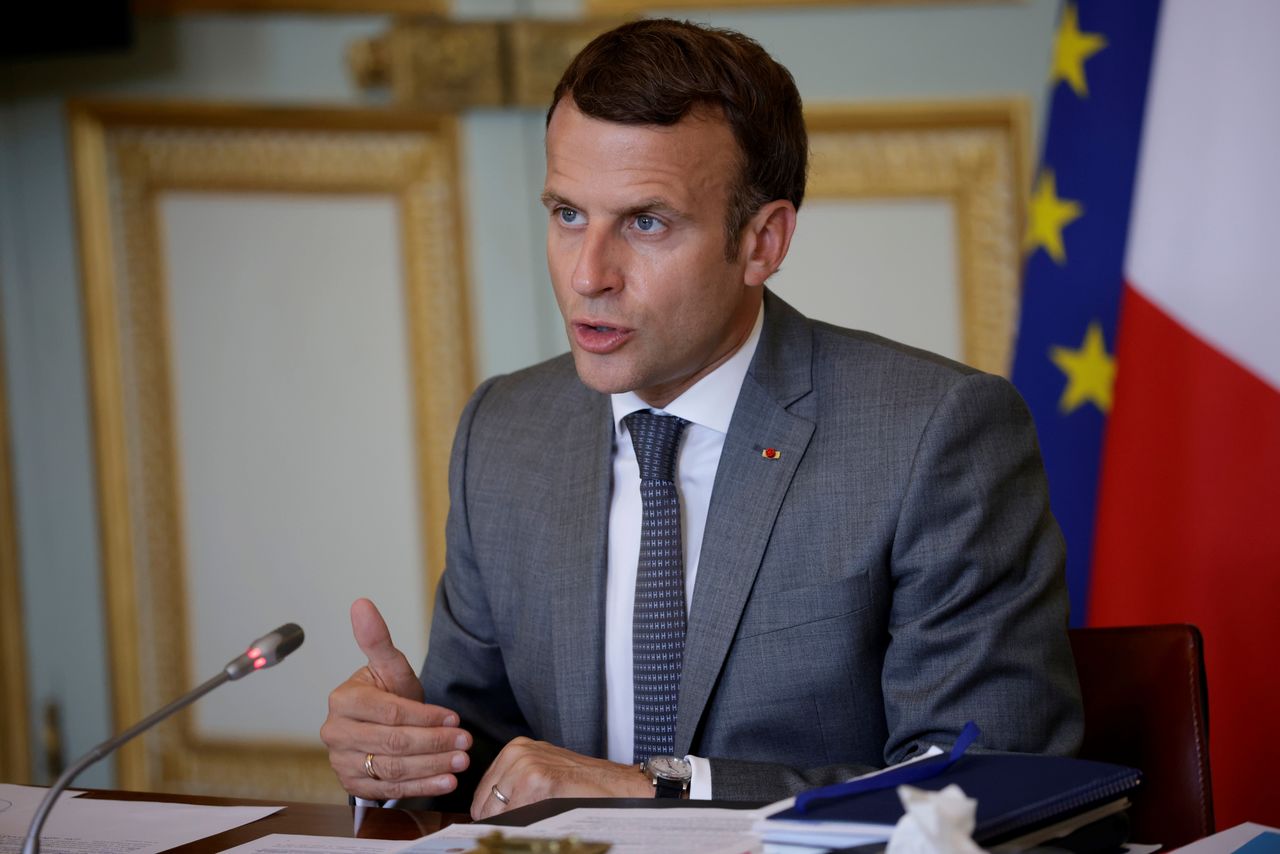 French President Emmanuel Macron delivers his statement at the end of the 5th France-Oceania Summit, held via video-conference, at the Elysee Palace in Paris, France, July 19, 2021. Yoan Valat/Pool via REUTERS

The United States and allies including France, Japan, Australia and New Zealand, are actively expanding their activity in the Pacific to counter China's influence.

"To better cope with the predatory logic we are all victims of, I want to boost our maritime cooperation in the South Pacific," Macron said after a video conference with the leaders of Australia, the Marshall Islands, Papua New Guinea and representatives of New Zealand and other Pacific nations.

"We are going to launch a network of coastguards for the South Pacific around three main objectives: information sharing, operational cooperation and training," he said.

Macron did not name China in his final remarks. Asked whether the policy was aimed at China's expansion, a French presidential adviser said it targeted illegal fishing that was "for the most part due to private actors".

They have ventured into disputed waters https://www.reuters.com/article/us-southchinasea-china-fishing-insight-idUSKBN0FW0QP20140728, causing diplomatic rows with countries around the South China Sea but also as far away as Argentina.

France, which has island territories spanning the Indo-Pacific including Reunion in the Indian Ocean and French Polynesia in the Pacific, has boosted defence ties with Australia and India https://www.reuters.com/article/us-australia-france/macron-wants-strategic-paris-delhi-canberra-axis-amid-pacific-tension-idUSKBN1I330F as part of a move to counter Chinese influence in the region.