By Ju-min Park and Sakura Murakami

TOKYO (Reuters) - The chief of the Tokyo 2020 organising committee on Tuesday did not rule out cancelling the Olympics if COVID-19 cases spiked, as more athletes tested positive for the virus and sponsors ditched plans to attend Friday's opening ceremony.

Asked at a news conference if the global sporting showpiece might still be cancelled, Toshiro Muto said he would keep an eye on infection numbers and liaise with other organisers if necessary.

"We will continue discussions if there is a spike in cases," said Muto.

"We have agreed that based on the coronavirus situation, we will convene five-party talks again. At this point, the coronavirus cases may rise or fall, so we will think about what we should do when the situation arises."

A spokesman for Tokyo 2020 later said organisers were "concentrating 100% on delivering successful Games".

Rising COVID-19 cases in Tokyo have cast a large shadow over an event that, having already been postponed last year because of the pandemic, will now take place without spectators. Japan this month decided that participants would compete in empty venues to minimise health risks.

There have been 67 cases https://www.reuters.com/world/asia-pacific/coronavirus-incidents-tokyo-olympics-2021-07-15 of COVID-19 infections in Japan among those accredited for the Games since July 1, when many athletes and officials started arriving, organisers said on Tuesday.

Japan, whose vaccination programme has lagged that of most other developed nations, has recorded more than 840,000 cases and 15,055 deaths and Games host city Tokyo is experiencing a fresh surge, with 1,387 cases recorded on Tuesday.

Muto, a former top financial bureaucrat with close ties to Japan's ruling party, is known for his careful choice of words, while officials are facing a domestic public angry about coronavirus restrictions and concerned over a possible spike in cases triggered by Games attendees arriving from abroad.

Organisers, for whom International Olympic Committee (IOC) President Thomas Bach said cancelling the event had never been an option, have promised to keep the Games "safe and secure".

But experts see gaps in an Olympic "bubble" that mandates frequent testing and has been designed to limit participants' movements.

Seiko Hashimoto, who sits alongside Muto as organising committee President, said that safety measures introduced to reassure the Japanese public had not necessarily done so, and that she was aware that popular support for the Games had dropped.

"I really want to apologise from my heart for the accumulation of frustrations and concerns that the public has been feeling towards the Olympics," Hashimoto told the same news conference.

The first major test of how an Olympics can be held in the midst of a pandemic may well come in the men's soccer tournament, when Japan face a South Africa side that could struggle to field 11 players due to the coronavirus.

That match is due to take place on Thursday, a day before an opening ceremony that top sponsor Panasonic Corp. as well as Fujitsu Ltd and NEC Corp will skip. Toyota Motor Corp dropped https://www.reuters.com/lifestyle/sports/two-thirds-japanese-doubt-pandemic-olympics-can-be-safe-says-poll-2021-07-19 all TV ads linked to the Games on Monday.

Bach, who Kyodo news agency said would meet Japan's Emperor Naruhito on Thursday, said on Tuesday organisers could never have imagined the "unprecedented challenges" of bringing the global event to Tokyo, praising the "heroic efforts" of medical personnel and volunteers around the world amid the pandemic.

Two members of Mexico's Olympic baseball team tested positive for COVID-19 at the team hotel before their departure for Tokyo, the country's baseball federation said on Tuesday.

The athletes, Hector Velazquez and Sammy Solis, who tested positive on Sunday, have been isolated, as have all team members pending results of more tests, it said.

Kenji Shibuya, former director of the Institute for Population Health at King's College London, said that the organisers' bubble system was already "kind of broken."

"My biggest concern is, of course, there will be a cluster of infections in the (athletes') village or some of the accommodation and interaction with local people," he added.

Organising committee President Hashimoto said members of the public were concerned "because they feel that the current situation appears to show that the playbooks that were meant to guarantee security is not providing a sense of safety."

In a poll in the Asahi newspaper, 68% of respondents expressed doubt about the ability of Olympic organisers to control coronavirus infections, with 55% saying they were opposed to the Games going ahead. 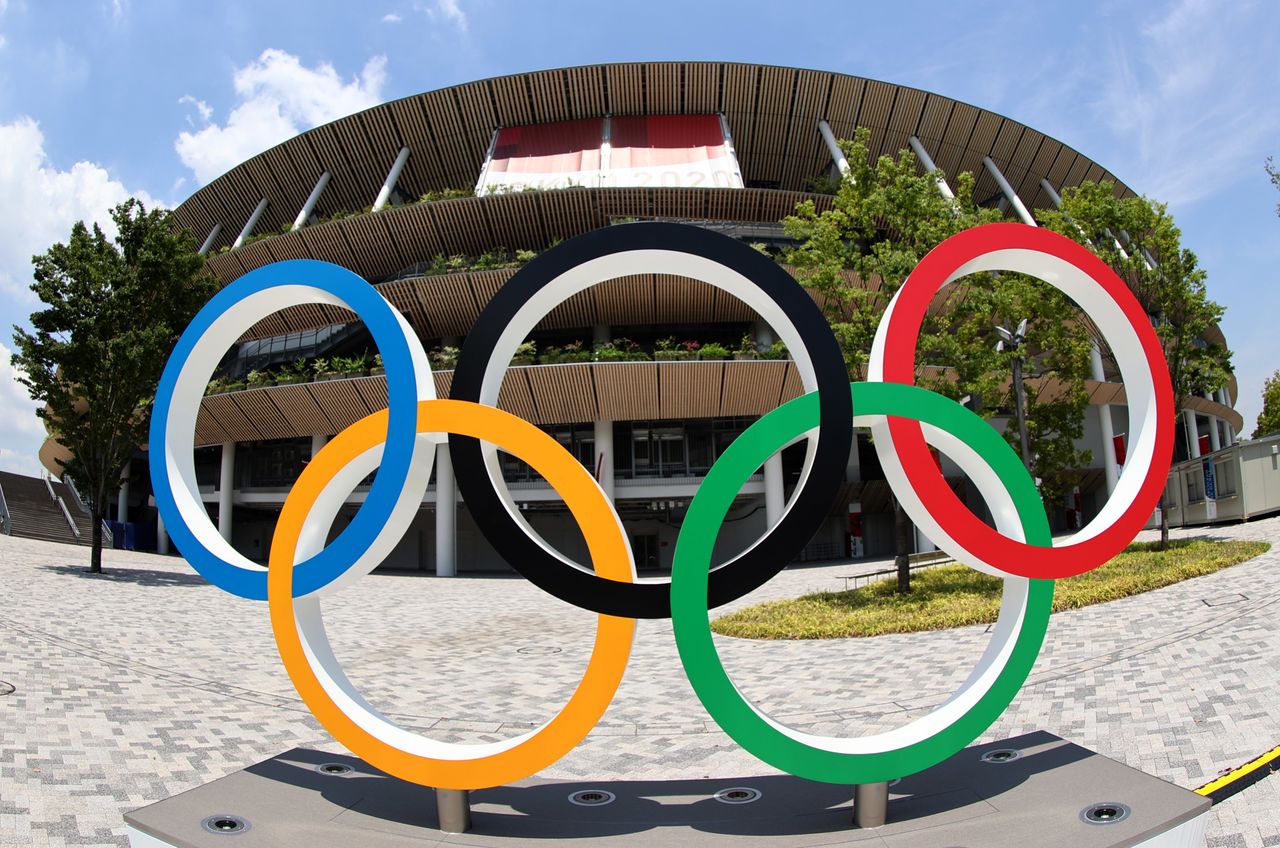 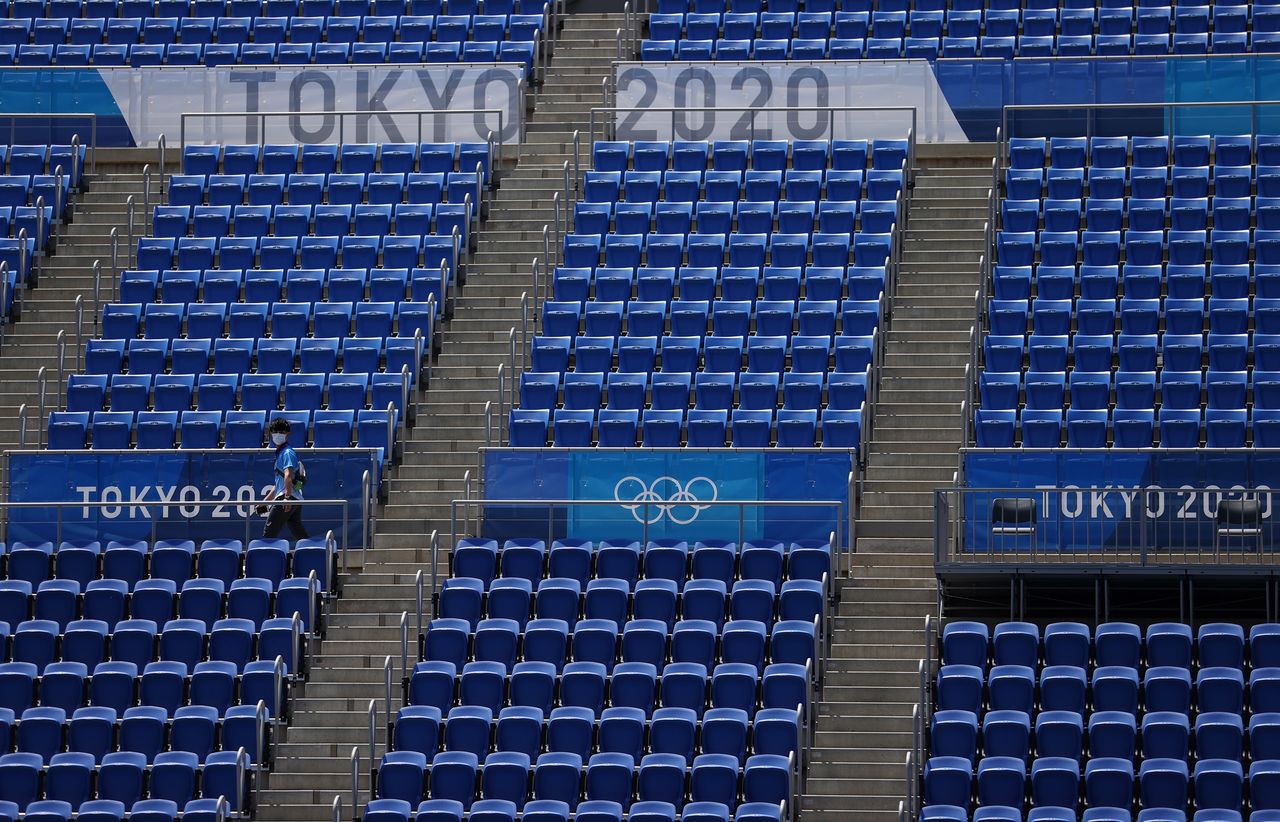 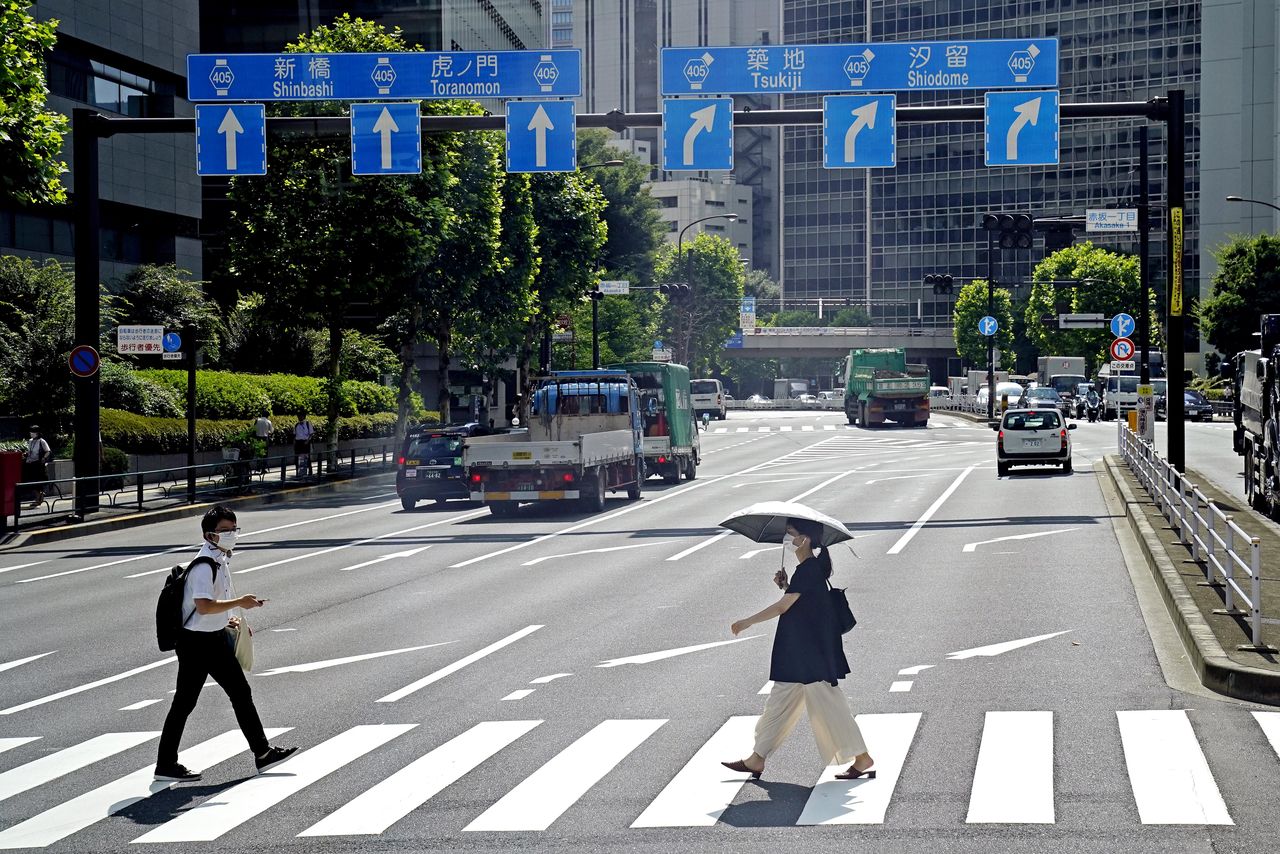 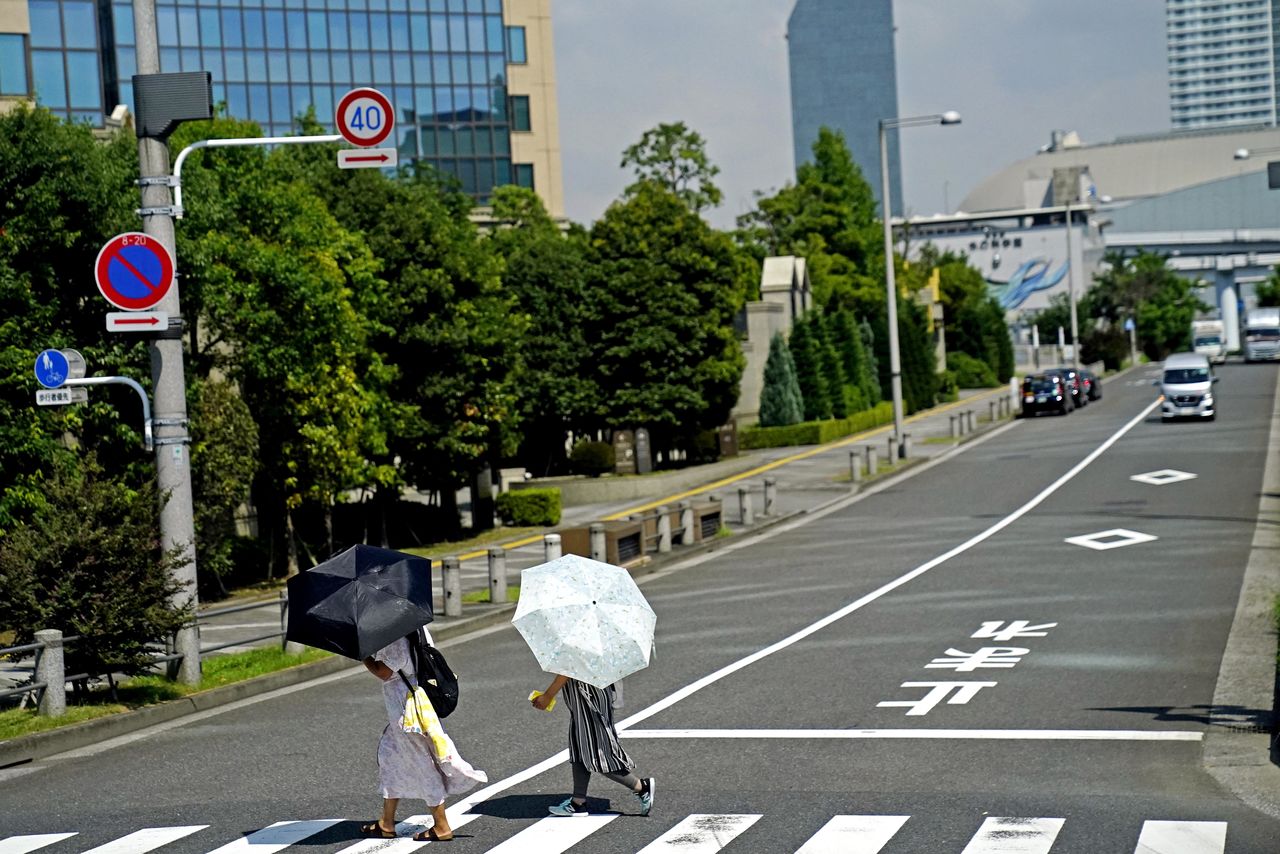 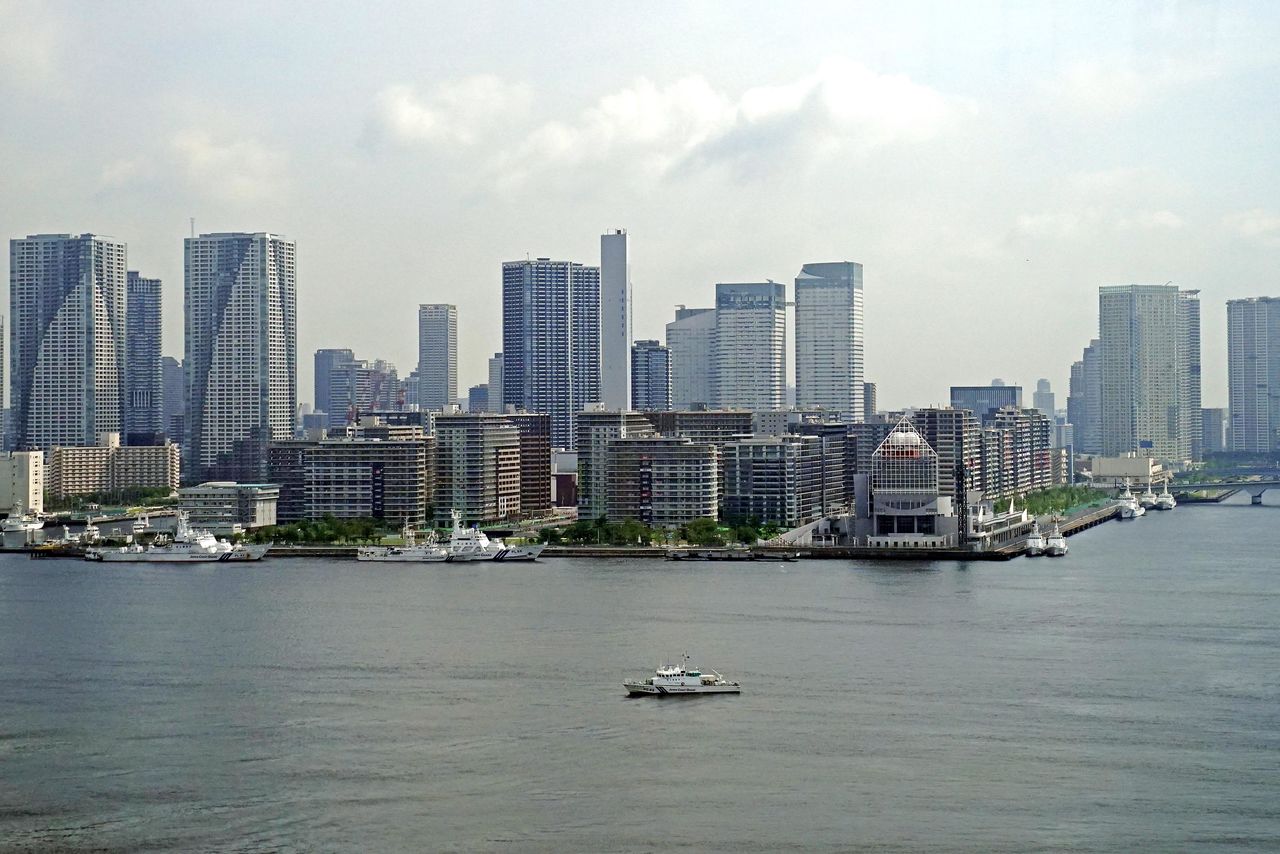