By Jonathan Saul and Roslan Khasawneh

"We are forgotten and taken for granted," he says of the plight facing tens of thousands of seafarers like him, stranded at sea as the Delta variant of the coronavirus wreaks havoc on shore.

"People don't know how their supermarkets are stocked up."

Singh and most of his 20-strong crew have criss-crossed the globe on an exhausting odyssey: from India to the United States then on to China, where they were stuck off the congested coast for weeks waiting to unload cargo. He was speaking to Reuters from the Pacific Ocean as his ship now heads to Australia.

They are among about 100,000 seafarers stranded at sea beyond their regular stints of typically 3-9 months, according to the International Chamber of Shipping (ICS), many without even a day's break on land. Another 100,000 are stuck on shore, unable to board the ships they need to earn a living on.

The Delta variant devastating parts of Asia - home to many of the world's 1.7 million commercial seafarers - has prompted many nations to cut off land access to visiting crews, in some cases even for medical treatment. Just 2.5% of seafarers - one in every 40 - have been vaccinated, the ICS estimates.

The United Nations describes the situation as a humanitarian crisis at sea and says governments should class seafarers as essential workers. Given ships transport around 90% of the world's trade, the deepening crisis also poses a major threat to the supply chains we rely on for everything from oil and iron to food and electronics.

Bulk carrier master Singh, from northern India, is not optimistic of going ashore anytime soon; his last stint at sea lasted 11 months. He said his crew of Indians and Filipinos were living out of cabins measuring about 15ft by 6ft.

"Being at sea for a very long time is tough," he says, adding that he had heard reports of seafarers killing themselves on other ships.

"The most difficult question to answer is when kids ask, 'Papa when you are coming home?'," he said from his vessel, which was recently carrying coal.

India and the Philippines, both reeling from vicious waves of COVID-19, account for more than a third of the world's commercial seafarers, said Guy Platten, secretary general of the ICS, which represents over 80% of the world's merchant fleet.

"We are seriously disturbed that a second global crew change crisis is looming large on the horizon," he told Reuters, referring to a months-long stretch in 2020 when 200,000 seafarers on ships were unable to be relieved.

In a snapshot of the situation, this month almost 9% of merchant sailors have been stuck aboard their ships beyond their contracts' expiry, up from just over 7% in May, according to data compiled by the Global Maritime Forum non-profit group from 10 ship managers together responsible for over 90,000 seafarers.

The maximum allowed contract length is 11 months, as stipulated by a U.N. seafaring convention.

In normal times, around 50,000 seafarers rotate on and 50,000 rotate off ships per month on average but the numbers are now a fraction of that, according to industry players, though there are no precise figures.

The new crew crisis stems from restrictions imposed by major maritime nations across Asia including South Korea, Taiwan and China, which are home to many of the world's busiest container ports. Requirements range from mandatory testing for crews who come from or have visited certain countries, to outright bans on crew changes and berthing operations.

"Asia really is struggling and the only countries you can go about routine crew changes to some extent are Japan and Singapore," said Rajesh Unni, chief executive of Synergy Marine Group, a leading ship manager responsible for 14,000 seafarers.

"The issue is that we have one set of people who desperately want to go home because they have finished their tenure, and another set of people onshore that are desperate to get back onboard to earn a living."

The crisis has led to almost half of commercial seafarers either considering leaving the industry or being unsure whether they would stay or go, according to a survey by the International Transport Workers' Federation (ITF) in March.

This suggests a looming labour crunch that would strain the world's 50,000-strong merchant shipping fleet and threaten the integrity of global supply chains.

A shortage of container ships carrying consumer products and logjams at ports around the world are already rippling through the retail industry, which has seen freight rates spike to record levels, driving up prices for goods.

"You don't have enough crew anyway. The shipping industry was working on a very lean model," said Mark O'Neil, CEO of leading ship manager Columbia Shipmanagement and also president of the international association for ship and crew managers.

"But now we have all of these problems and we have a large number of seafarers taken out of that available crewing pool," he said, adding that the result could be vessels unable to sail.

Stephen Cotton, general secretary of the ITF, said seafarers were being pushed to their physical and mental limits.

"Some in the industry estimate that as many as 25% fewer seafarers are joining vessels than pre-pandemic," he added. "We have warned that global brands need to be ready for the moment some of these tired and fatigued people finally snap."

While COVID-19 infections in India have retreated from their peak, countries like Bangladesh, Vietnam and Indonesia are grappling surging cases and imposing new lockdowns.

"If it gets worse, which it could well do, or if Myanmar, Vietnam, Indonesia, Ukraine - other crewing centres - experience the same problem, then the wheels would really come off," O'Neil added.

The gravity of the assessment was echoed by Esben Poulsson, chairman of the board of the ICS.

"In my 50 years in the maritime industry, the crew change crisis has been unprecedented in the devastating impact it has had on seafarers around the world," he told his board in June.

Most seafarers come from developing nations that have struggled to secure adequate vaccination supplies, leaving many in the maritime industry low on the priority list.

Governments with significant access to vaccines have a "moral responsibility" towards seafarers, said the ICS's Platten.

"They must follow the lead of the U.S. and the Netherlands and vaccinate non-native crews delivering goods to their ports. They must prioritise seafarer vaccination," he added.

The IMO said the latest figures showed the numbers had risen to 60 member countries and two associate members.

This classification would allow seafarers to travel more freely and return to their homes, and give them better access to vaccines.

Hammond called on all other nations to follow suit.

"Collectively, the global shipping industry is part of a $14 trillion maritime supply chain that cannot seemingly look after its 1.7 million seafarers," he added. 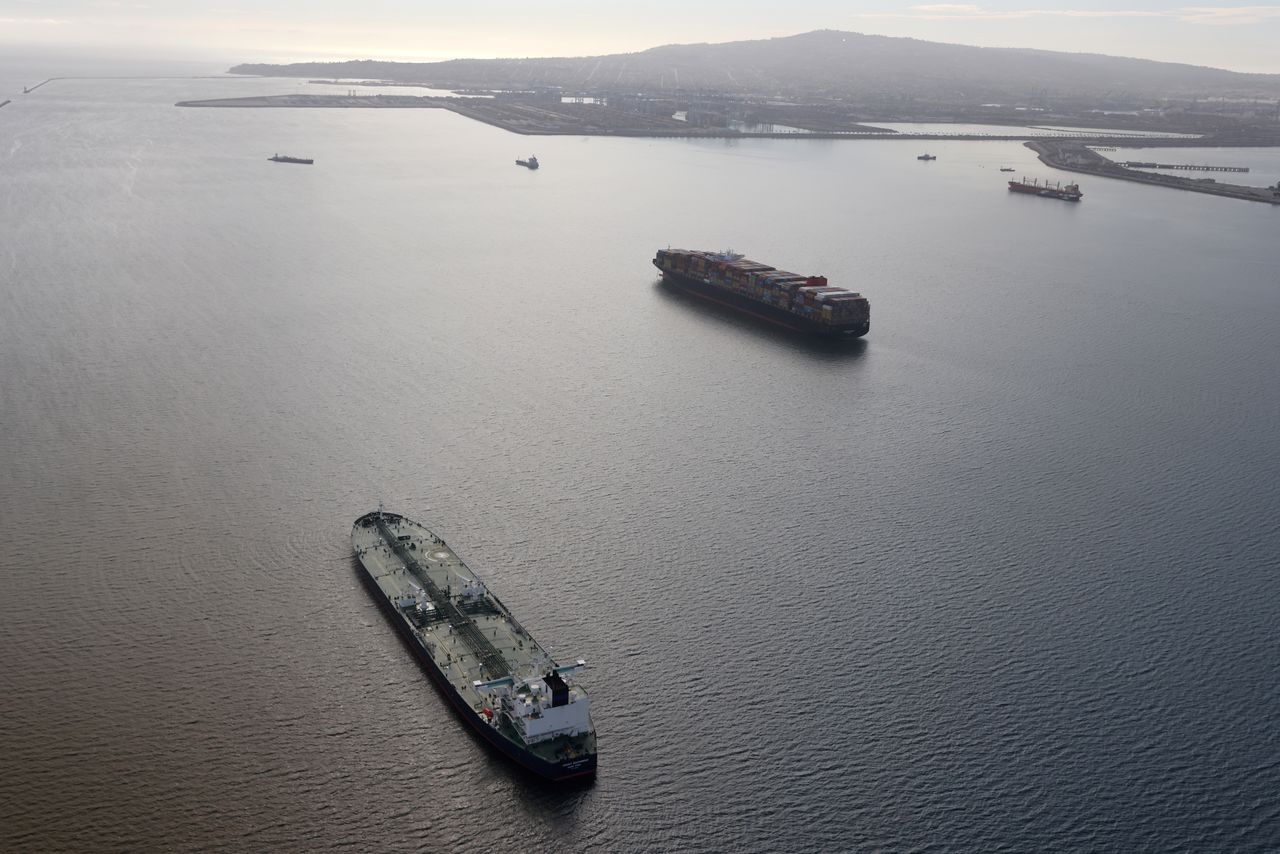 FILE PHOTO: An oil tanker waits in line in the ocean outside the Port of Long Beach-Port of Los Angeles complex, amid the coronavirus disease (COVID-19) pandemic, in Los Angeles, California, U.S., April 7, 2021. REUTERS/Lucy Nicholson 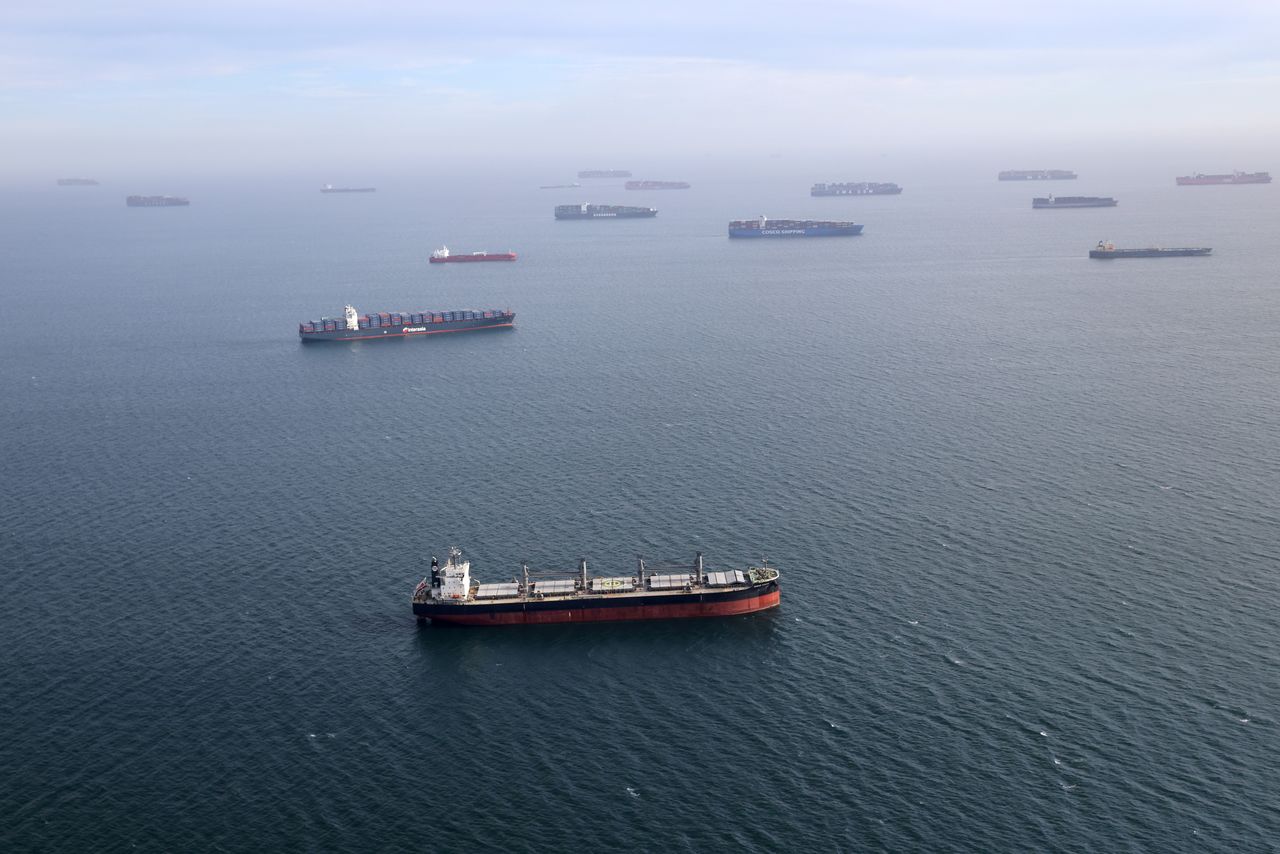