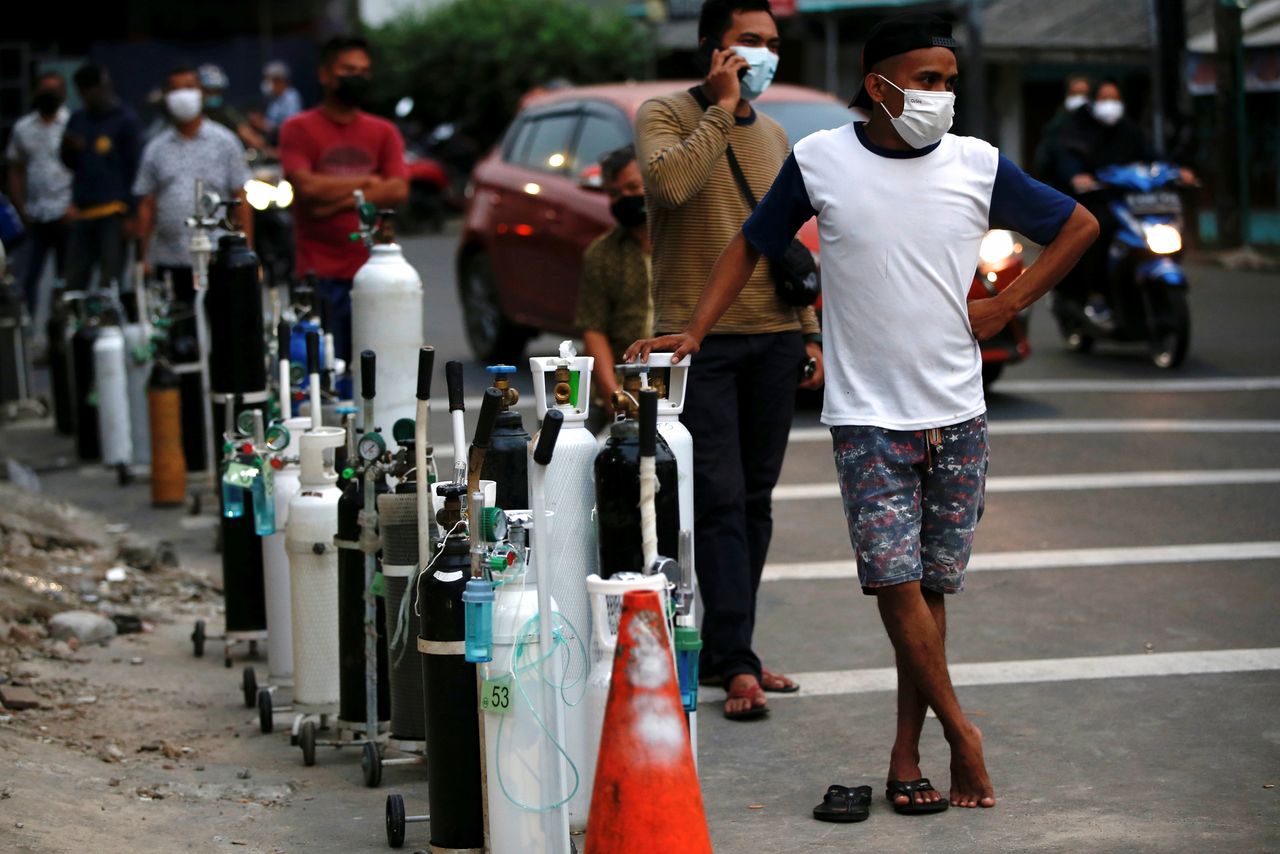 Tokyo 2020 chief does not rule out cancellation of Games

The head of the organising committee for the Tokyo Olympics on Tuesday did not rule out a last-minute cancellation of the global sporting showpiece, amid rising coronavirus cases that have presented organisers with mounting challenges.

Asked at a news conference if the Games, which are due to open on Friday, might still be cancelled, Toshiro Muto said he would keep an eye on infection numbers and hold discussions with organisers if necessary.

COVID-19 cases are rising in Tokyo rising and the Games, postponed last year because of the pandemic, will be held without spectators.

More than half of Australia's population under lockdowns

More than half of Australia's 25 million people were under lockdown on Tuesday after a third state adopted movement curbs to rein in the highly contagious Delta variant.

Australia's infections and deaths are well below other developed nations, but its use of lockdowns, prompted by a sluggish vaccination campaign, is putting pressure on the national government, with polls at their lowest in a year and just months before elections are due to be held.

South Australia, a state of 1.8 million, imposed a seven-day lockdown after detecting five infections linked to a returned traveller, just as the neighbouring state of Victoria extended by a week a five-day lockdown that had failed to stop new cases.

China reports spike in new cases on border with Myanmar

China on Tuesday reported the highest daily tally of new confirmed COVID-19 cases since January, driven by a surge in imported infections in Yunnan province, where cases are spilling over from neighbouring Myanmar.

Mainland China recorded 65 new confirmed cases for July 19, compared with 31 a day earlier, the National Health Commission said in a statement. That was the most since Jan. 30, when 92 new cases were reported.

Myanmar politician Nyan Win, a senior adviser to ousted leader Aung San Suu Kyi, died in hospital on Tuesday after becoming infected with COVID-19 in jail, his party said, as the Southeast Asian country struggles with an exponential rise in infections.

India's excess deaths during pandemic up to 4.9 million

India's excess deaths during the COVID-19 pandemic could be as high as 4.9 million, a new study shows, providing further evidence that millions more may have died from coronavirus than the official tally.

The report by the Washington-based Center for Global Development, co-authored by India's former chief economic adviser Arvind Subramanian, included deaths from all causes since the start of the pandemic through June this year.

India's official tally of more than 414,000 deaths is the world's third highest after the United States and Brazil, but the study adds to growing calls from experts for a rigorous nationwide audit of fatalities.

Singapore will halt restaurant dining and ban gatherings of more than two people for one month from Thursday, the health ministry said, as a further rise in coronavirus cases deals a blow to the country's reopening plans.

The restrictions will be reviewed in two weeks as the country nears its milestone of vaccinating two-thirds of its population by Aug. 9.

New cases almost doubled on Monday from the previous day and 184 new infections were expected to be confirmed on Tuesday.