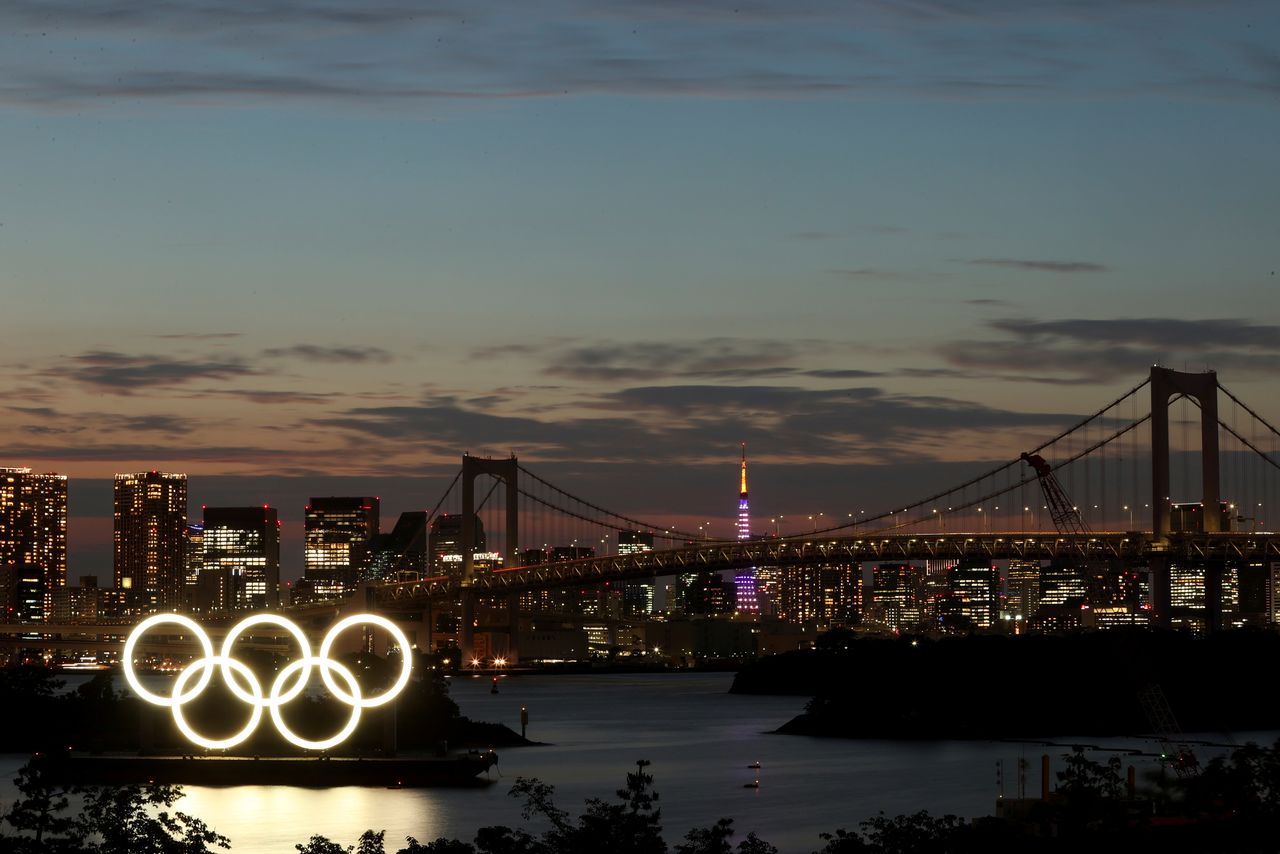 A general view of the Olympic Rings installed on a floating platform with the Rainbow Bridge in the background in preparation for the Tokyo 2020 Olympic Games in Tokyo, Japan June 21, 2021. Picture taken with long exposure. REUTERS/Pawel Kopczynski

TOKYO (Reuters) -The Tokyo Olympics should go ahead to demonstrate to the world what can be achieved with the right plan and measures amid the COVID-19 pandemic, World Health Organisation (WHO) head Tedros Adhanom Ghebreyesus said on Wednesday.

Speaking to the International Olympic Committee members at their session in the Japanese capital, Tedros said the world needed the Olympics now "as a celebration of hope".

"The Olympics have the power to bring the world together, to inspire, to show what's possible," he said.

"May the rays of hope from this land illuminate a new dawn for a healthy, safer and fairer world," he said, holding aloft an Olympic Games torch. "It is my sincere hope the Tokyo Games succeed."

The Tokyo Games start on July 23 amid questions over their safety, with tens of thousands of foreigners arriving.

Tedros criticised the vaccine discrepancies between countries, saying the pandemic could be ended if G20 economies showed collective leadership and there was a fairer distribution of vaccines.

"Instead of being deployed widely, vaccines have been concentrated in the hands and arms of a lucky few," he said.

"The pandemic will end when the world chooses to end it. It is in our hands," he said. "We have all the tools we need. We can prevent this disease, we can test for it and we can treat it."

Japan, with about 34% of the population having had at least one dose of the vaccine, has been concerned the Olympics could become a super-spreader event.

Rising COVID-19 cases in Tokyo have cast a shadow over an event that, having already been postponed last year because of the pandemic, will now take place without spectators.

Japan this month decided that participants would compete in empty venues to minimise health risks.

So far there have been 67 cases of COVID-19 infections in the country among those accredited for the Games since July 1, despite strict entry measures.

Japan, whose vaccination programme has lagged that of most other developed nations, has recorded more than 840,000 cases and 15,055 deaths and Games host city Tokyo is experiencing a fresh surge, with 1,387 cases recorded on Tuesday.