By Paresh Dave and Karolos Grohmann

FUKUSHIMA/TOKYO (Reuters) -The Japanese women's softball team got the Tokyo 2020 Olympics off to a winning start for the hosts on Wednesday, kicking off a pandemic-postponed Games that the World Health Organization says can be "a celebration of hope" even as COVID-19 cases surge.

Olympics and Japanese officials have forged ahead with the sports spectacle despite opposition in the country to hosting huge numbers of athletes, staff and media - more than 11,000 in the athletes' village alone - dozens of whom have already tested positive https://www.reuters.com/world/asia-pacific/coronavirus-incidents-tokyo-olympics-2021-07-15 for COVID-19.

WHO head https://www.reuters.com/lifestyle/sports/who-head-tedros-backs-tokyo-games-amid-pandemic-2021-07-21 Tedros Adhanom Ghebreyesus said the Games should go ahead to demonstrate to the world what can be achieved with the right plan and measures.

"May the rays of hope from this land illuminate a new dawn for a healthy, safer and fairer world," he said, holding aloft an Olympic Games torch as he addressed International Olympic Committee members in the Japanese capital. "It is my sincere hope the Tokyo Games succeed."

Spectators have been barred and restrictions have been imposed in and around Tokyo, where COVID-19 infections have jumped and are projected to spike further, in an effort to minimise health risks among residents and visitors.

Japanese people, only a third of whom have had at least one dose of the vaccine, have been concerned the Olympics could become a super-spreader event.

In a recent poll in the Asahi newspaper, 68% of respondents expressed doubt about the ability of Olympic organisers to control coronavirus infections, with 55% saying they opposed the Games going ahead.

The Games' official opening ceremony on Friday is expected to be a scaled-down, sobering performance, according to Marco Balich, a senior adviser to the Tokyo ceremonies executive producer.

As with the opening ceremony, the women's softball match between gold-medal contender Japan and Australia was held without spectators, amid buzzing cicadas and polite applause from a few hundred staff at a stadium in Fukushima, which was devastated by the 2011 tsunami and nuclear disaster.

Players standing along the benches under the scorching sun - 30 degrees Celsius (86 Fahrenheit) by midgame - shouted at the hitters all morning, giving the game a Little League feel.

The game ended after five innings due to a mercy rule https://www.reuters.com/article/olympics-2020-softball-focus-idCNL2N2NB1XQ as a trio of Japanese two-run homers cleared the fence, while the United States overcame Italy 2-0 and Canada beat Mexico.

The first of six women's soccer matches on Wednesday were also underway.

Coronavirus infections continued to take a toll among attendees, however, with at least seven more positive cases bringing the total to more than 75.

Dutch skateboarder Candy Jacobs confirmed she had tested positive for COVID-19 and is pulling out of the Games, along with a Chilean taekwondo competitor.

"I will need some time to let my broken heart heal and recover from this," Jacobs wrote on her Instagram account.

As cases climb in Tokyo, Japanese media reported that government adviser Shigeru Omi said Tokyo's daily COVID-19 infections may spike to a record 3,000 in the first week of August. The capital reported 1,832 new cases on Wednesday, the highest for that day of the week and up by 683 from a week earlier.

Underscoring the downsized Games due to the pandemic, top government spokesperson Katsunobu Kato said Prime Minister Yoshihide Suga will meet with only about 15 world leaders on the sidelines of the Olympics, compared with up to 120 previously.

In the skies above Tokyo, Japanese pilots drew the five Olympic rings in a practice flight for Friday's opening ceremony, recreating a similar stunt at the 1964 Tokyo Games, which were held to highlight the country's recovery from World War Two.

The Australian city of Brisbane won the rights to hold the 2032 Summer Games, Australia's third time hosting the sporting extravaganza, after the International Olympic Committee approved the recommendation of its executive board. 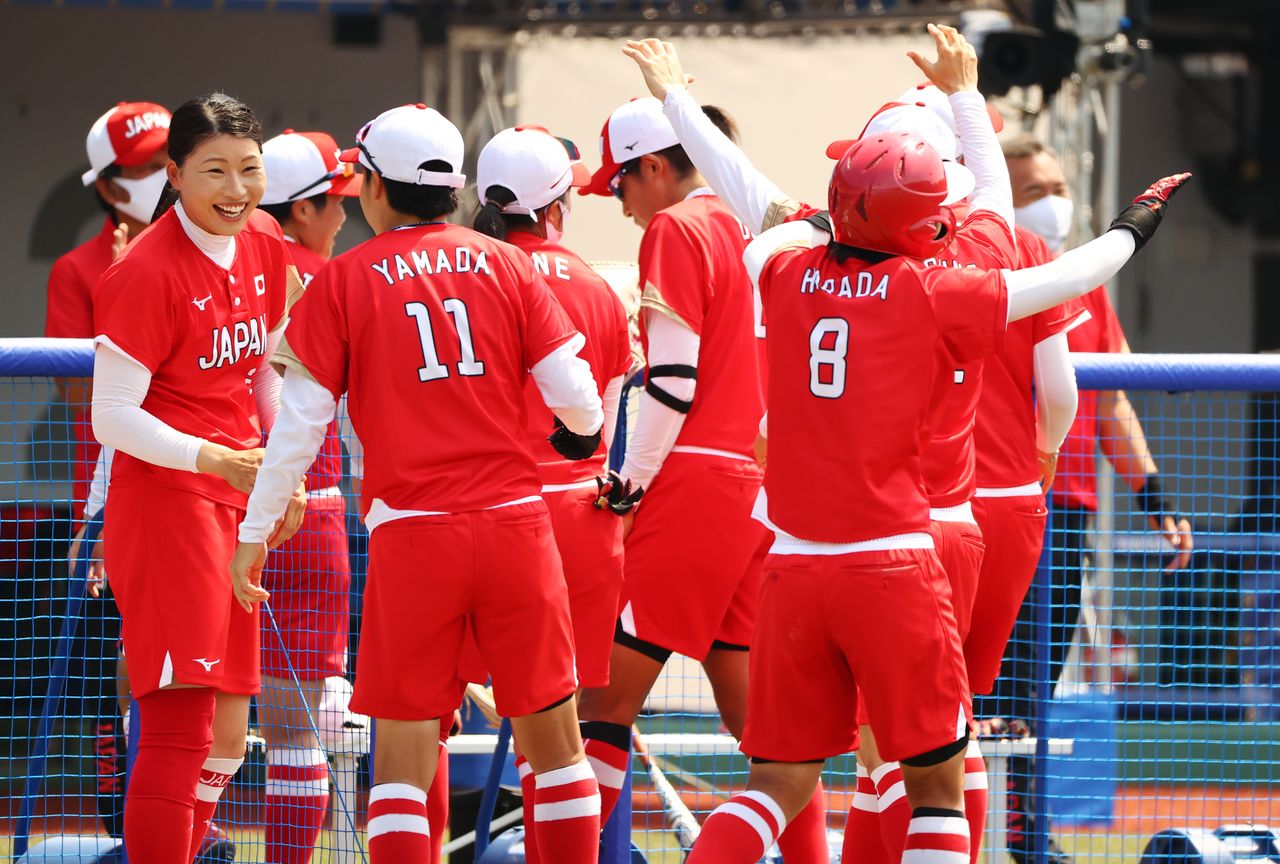 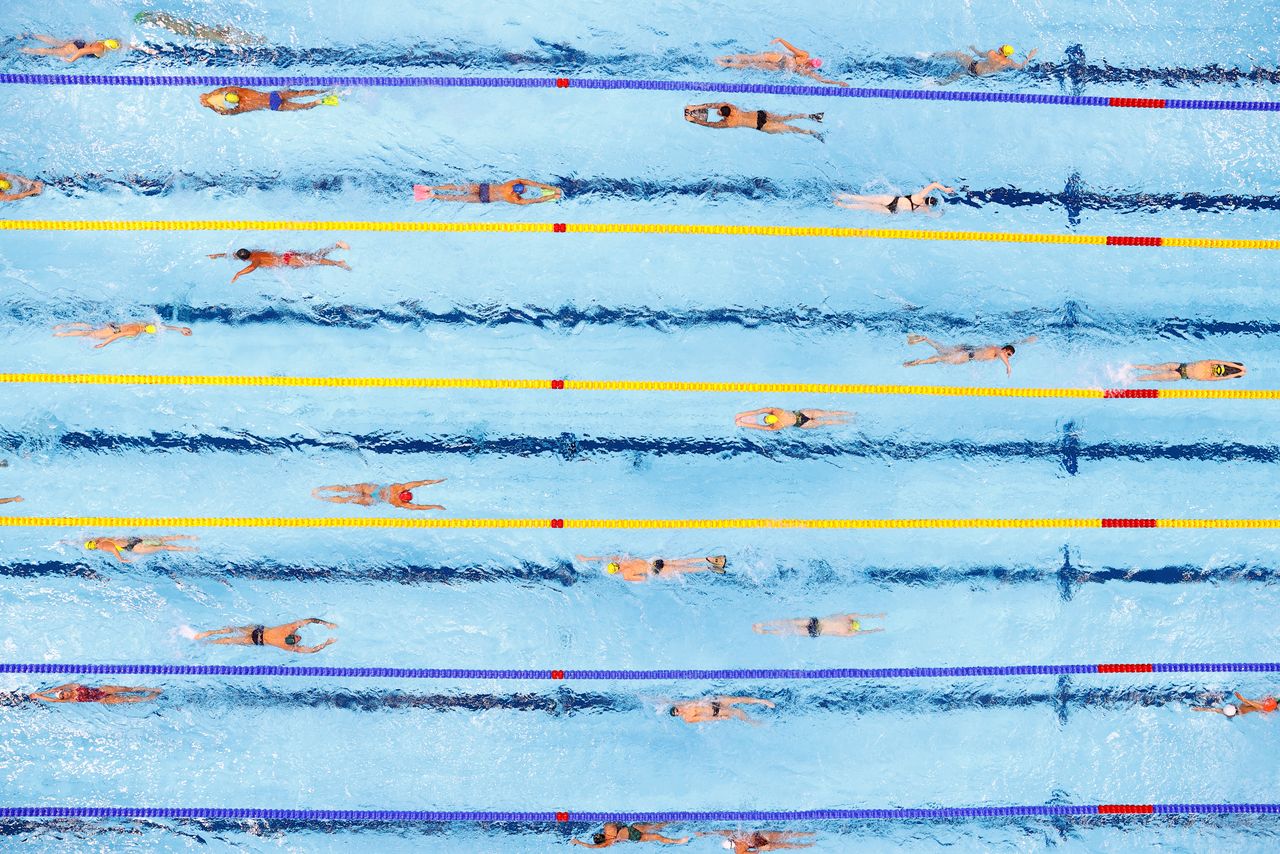 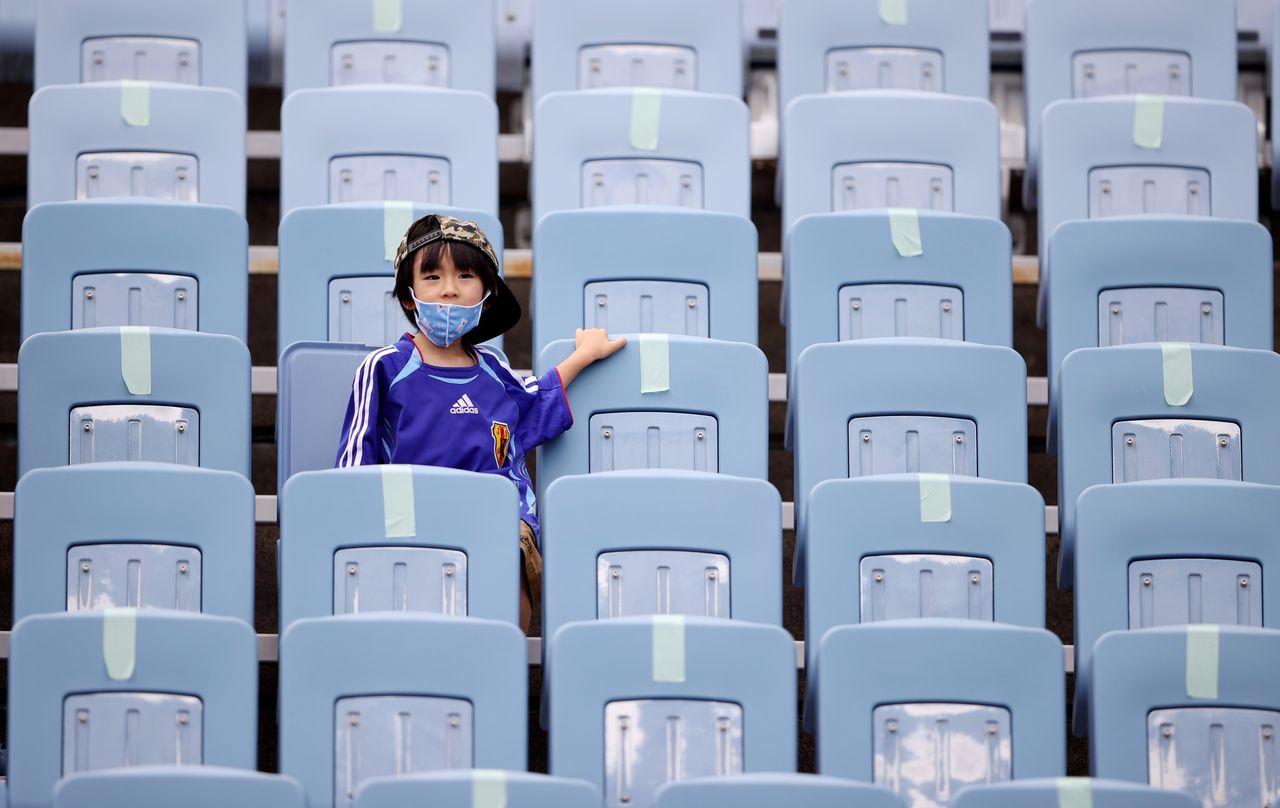 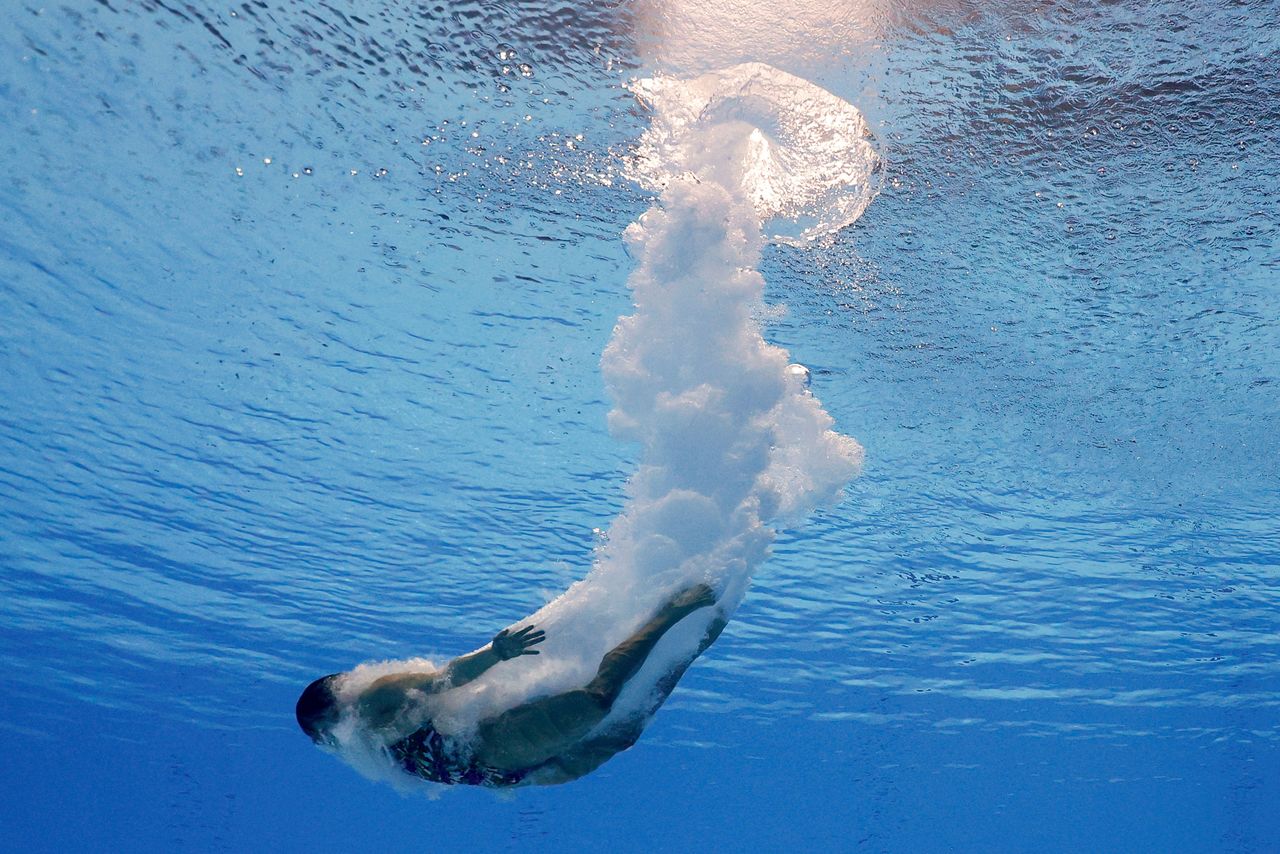 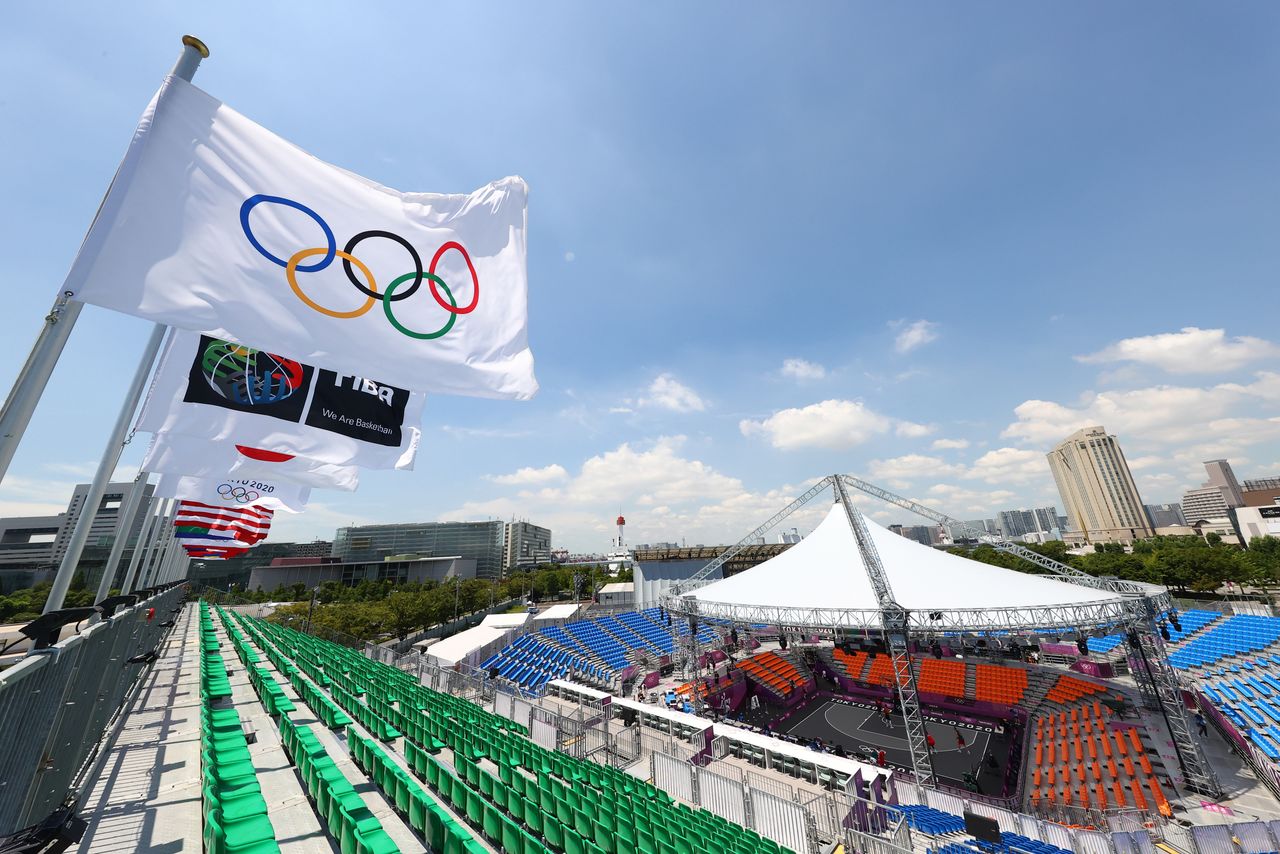 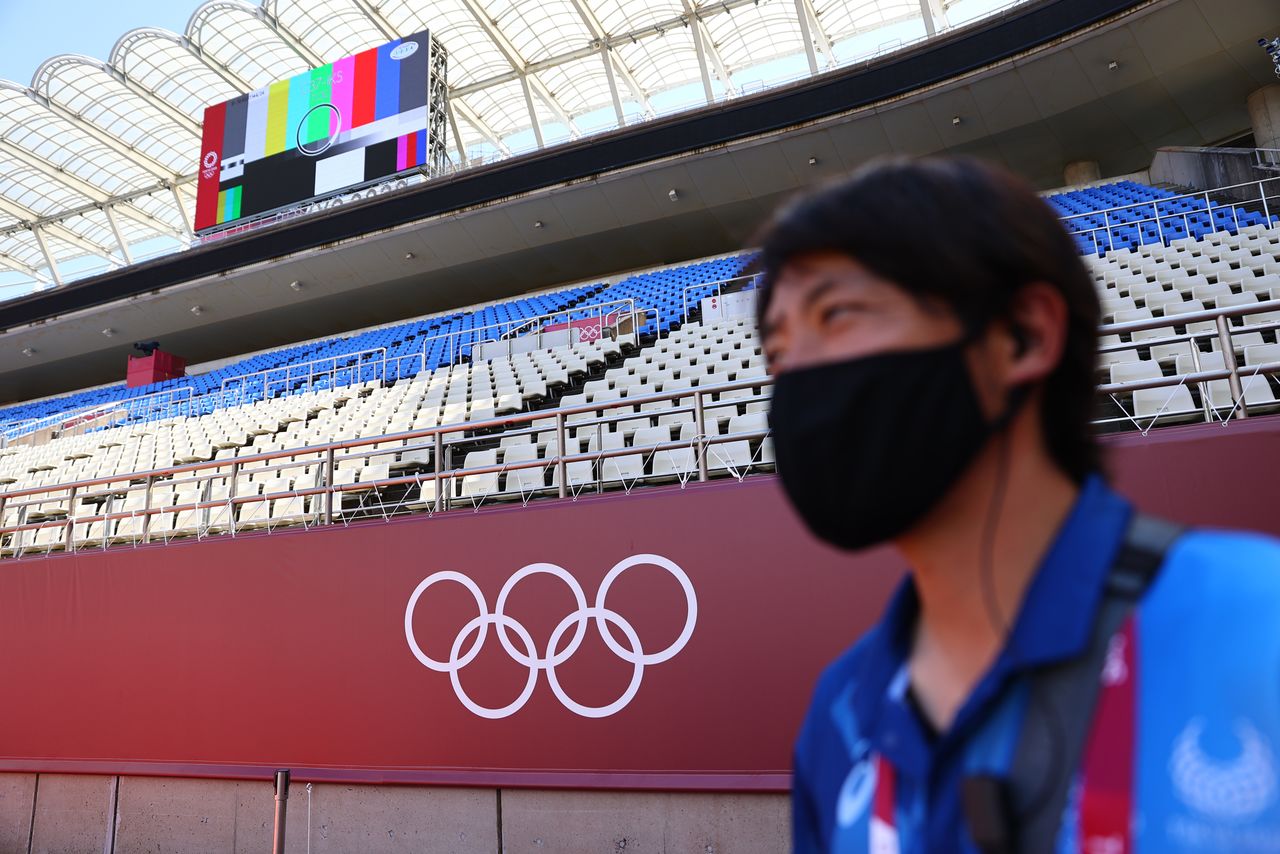 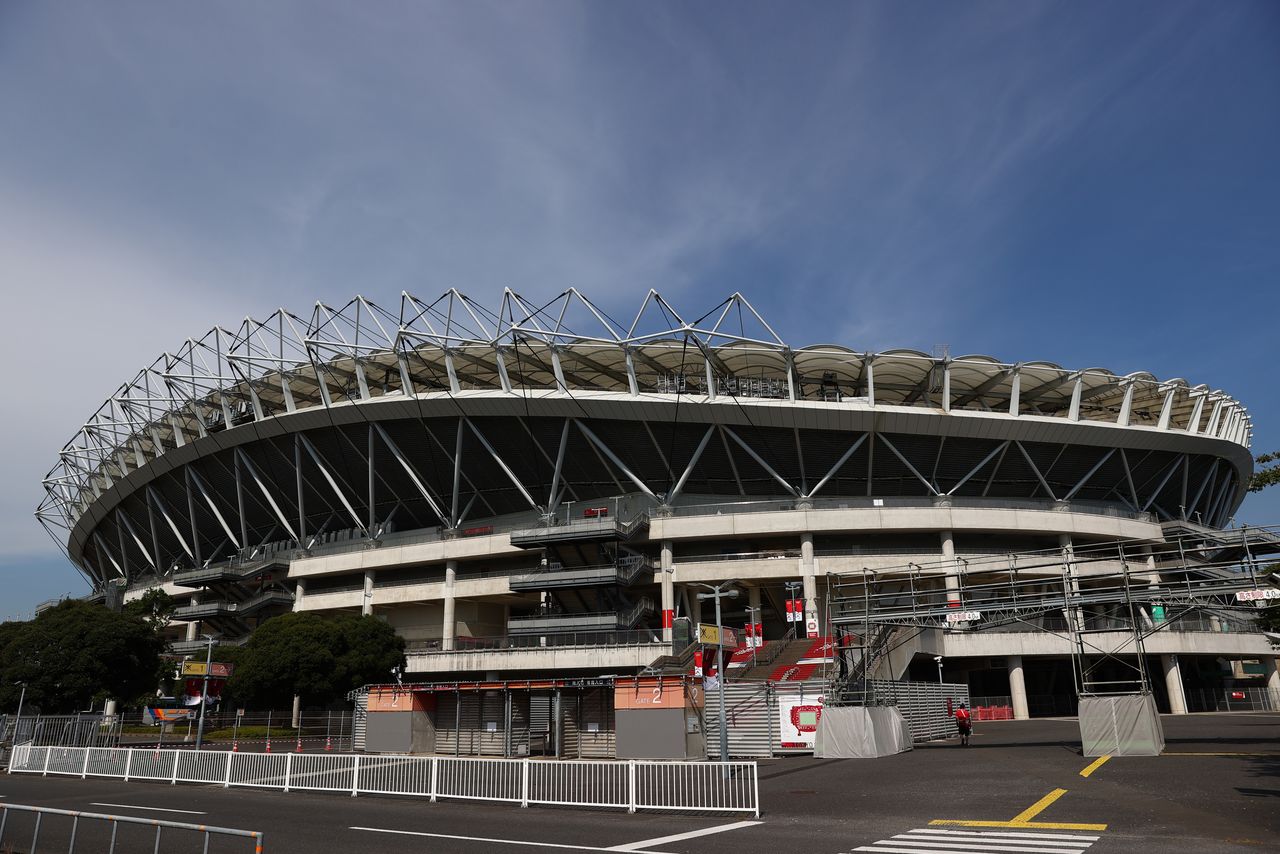 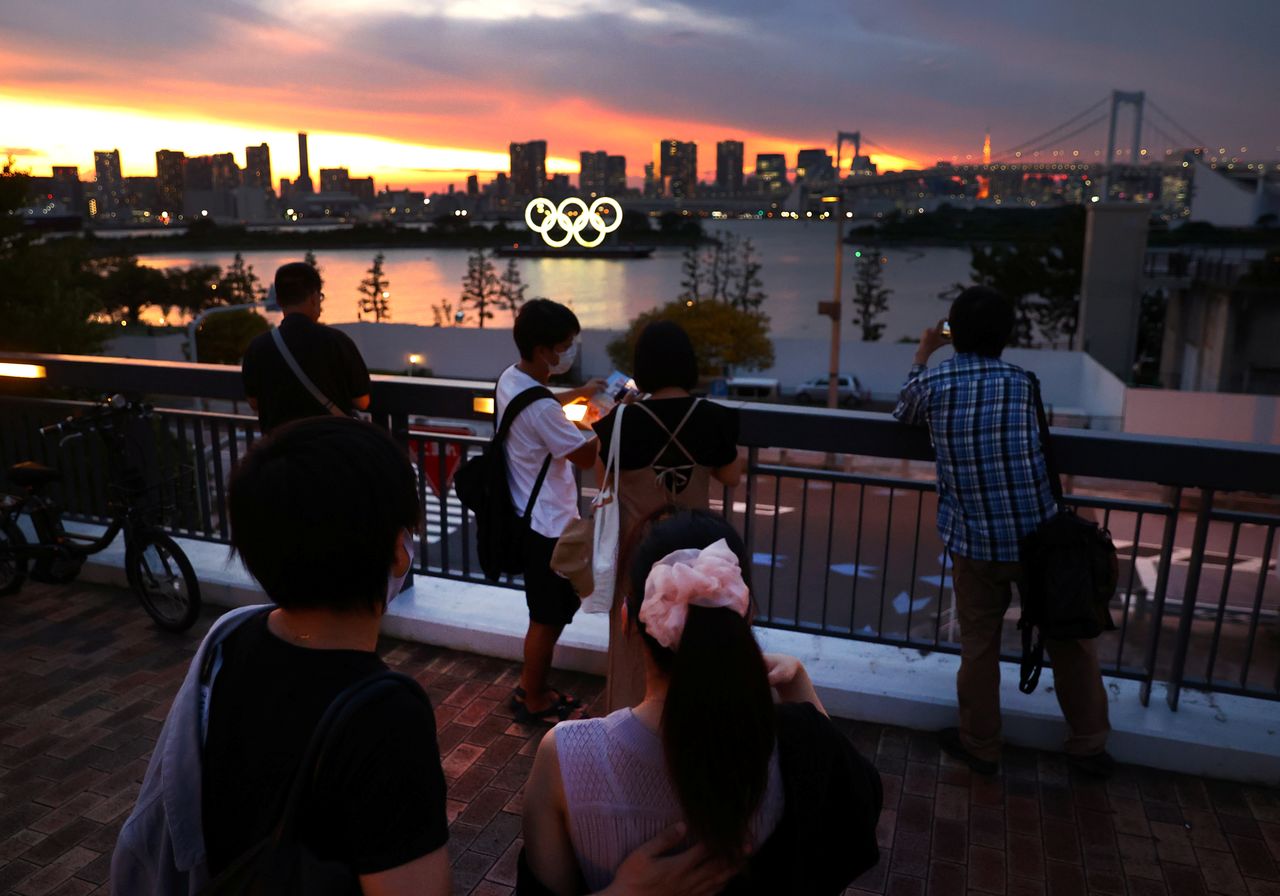 A person takes a photo of the Olympic Rings in front of the skyline during sunset, three days ahead of the official opening of the Tokyo 2020 Olympic Games, in Tokyo, Japan, July 20, 2021.   REUTERS/Kai Pfaffenbach