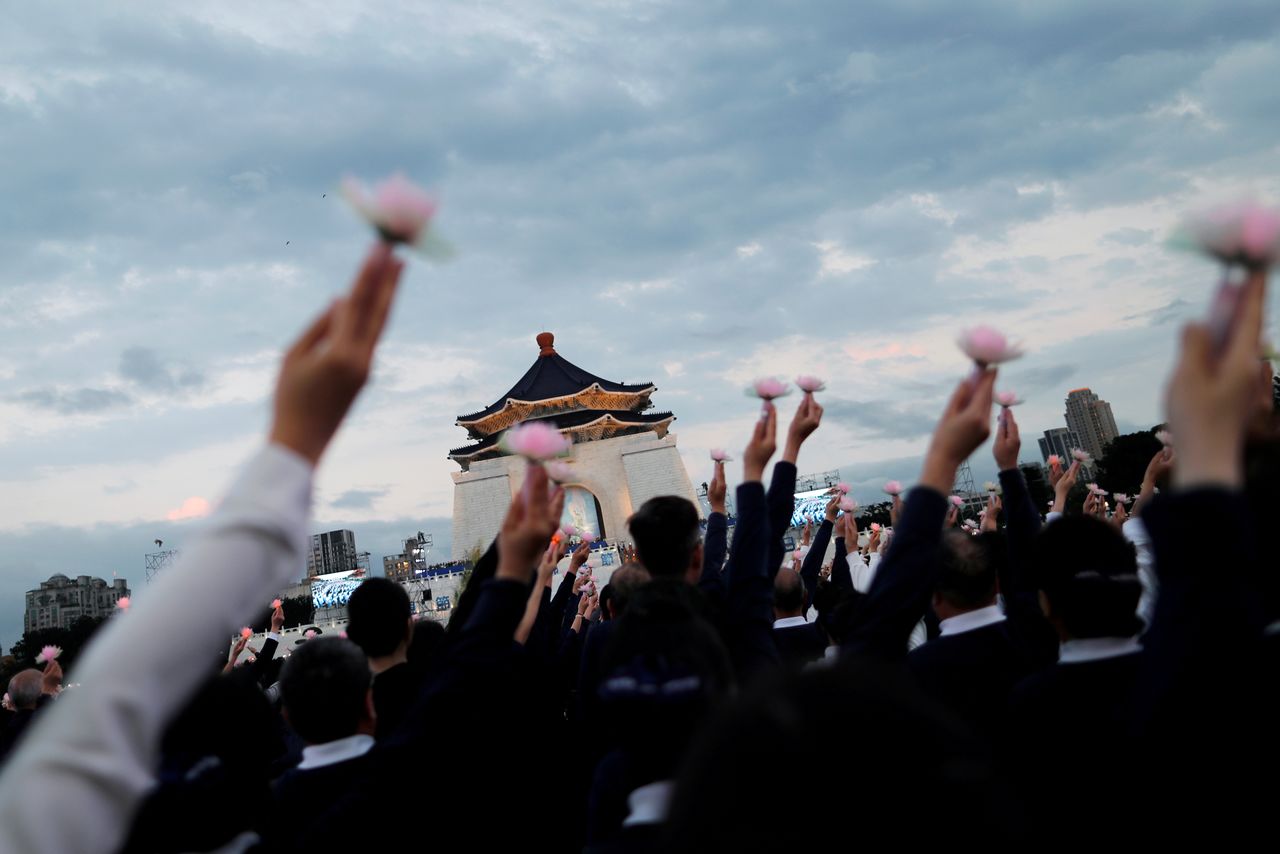 Members of the Buddhist Tzu Chi Foundation pray during a ceremony to commemorate the birth of Buddha, at the Liberty Square in Taipei, Taiwan May 12, 2019. REUTERS/Tyrone Siu TPX IMAGES OF THE DAY

TAIPEI (Reuters) - A major Taiwanese Buddhist group said on Wednesday it had signed a deal to buy 5 million doses of BioNTech SE's COVID-19 vaccine via the German firm's Chinese sales agent, bumping the island's order for the shot up to 15 million doses.

The Tzu Chi Foundation said in June it was bidding to get the vaccines, and Taiwan's government said it would allow the group to negotiate on its behalf for the shot. The vaccines will be donated to the government for distribution.

In a statement on its Facebook page, Tzu Chi said it had signed the deal with a Hong Kong subsidiary of Shanghai Fosun Pharmaceutical Group Co Ltd, which has the right to sell the shot in China, Hong Kong, Macau and Taiwan.

"After successfully signing the vaccine procurement contract, all the purchased vaccines will be donated to the competent authority for use by the public," it said, without saying when the vaccines would arrive.

BioNTech said in an emailed statement: "Fosun and BioNTech agreed with Tzu Chi to supply more doses." It did not elaborate.

The news follows a combined 10 million-dose purchase by two Taiwanese tech firms, TSMC and Foxconn plus Foxconn founder Terry Gou's charity, of the same vaccine earlier in July, which will also be given to the government.

Cabinet spokesman Lo Ping-cheng expressed the government's thanks to Tzu Chi, saying the 15 million doses would come in batches, although he did not give a timetable.

Taiwan allowed the companies and Tzu Chi to negotiate for the BioNTech vaccine following public pressure that the pace of vaccinations was too slow.

BioNTech developed the vaccine with Pfizer but Pfizer cannot directly sell it to Taiwan as BioNTech signed that right over to Fosun.

Taiwan's government has millions of vaccines on order, while the United States and Japan have donated close to 6 million doses of the Moderna Inc and AstraZeneca Plc shots.

About 20% of Taiwan's 23.5 million people have received at least one of the two-shot vaccine regimen, and the government is ramping up its inoculation programme with a short-lived domestic spike in coronavirus infections now well under control.

Taiwan has accused China, which claims the democratically government island as its own territory, of blocking a direct order from BioNTech this year. Beijing denies that.