TOKYO (Reuters) -When SoftBank Group Corp's CEO Masayoshi Son unveiled the wide-eyed android Pepper in 2014, he painted a vision, once confined to science fiction, of a new era of personal robots in which his company would be the industry leader.

That vision, and the company's expectations of demand for Pepper, proved overly optimistic, two sources familiar with the matter said. Seven years later, Pepper is clinging to life, with production shuttered and units cobbled together with out-of-date components.

SoftBank will end sales of new Pepper units in 2023 at the latest as those parts become obsolete, according to the minutes of an internal meeting held in Paris in late May and reviewed by Reuters. Sales of refurbished units will continue after this point, management told staff.

The company disputed the meeting minutes, and Kazutaka Hasumi, chief marketing officer of SoftBank Robotics, told Reuters the company is committed to ensuring Pepper survives in some form, perhaps with a new design.

"We will still be selling Pepper in five years," Hasumi said.

The humanoid was custom designed for SoftBank by Aldebaran, a French robotics startup it acquired in 2012. Son hoped Pepper would transform robots from a factory tool into an everyday companion, just as computers had moved from offices into homes and pockets.

But Pepper's appeal was limited by its basic functionality: it can make rudimentary conversation, engage in simple interactions through its chest-mounted tablet and sing while gesturing. It would frequently break down, the two sources said.

"Pepper wasn't upgraded to take on real tasks. There was very little Pepper could do that you can't do with an iPad," said Morten Paulsen, head of Japan research at CLSA.

Retailing for 198,000 yen ($1,800) plus a 14,800 yen monthly fee, Pepper was out of reach for most households, and SoftBank was quickly forced to focus on businesses. Pepper was met with some early enthusiasm in that sector; shops and restaurants offered a more predictable environment where the robot could be programmed for tasks such as greeting customers.

But poor relations between Tokyo and Paris hurt Pepper's development, according to the sources familiar with the matter, and two others. All of the sources spoke on condition of anonymity as they were not permitted to speak to the media.

SoftBank propped up Pepper's sales in the early days deploying units in its mobile phone stores said two of the sources. 27,000 units were eventually produced, one of the two sources familiar with the matter said.

Now, sales of Pepper have slumped to less than 100 units in some months, according to documents reviewed by Reuters.

Production at a Foxconn factory in China was stopped last year as the number of unsold units mounted and the line has since been shut down, the documents show.

SoftBank has fewer than 2,000 Pepper units left, according to the documents. The heavy batteries that power the robot are decaying and the chest-mounted tablets run on an out-of-date Android operating system without the latest security updates, one of the sources said.

Son, a self described "big talker", has a track record of achieving the unlikely, breaking up Japan's telecoms duopoly and securing $60 billion in Middle Eastern oil money for his Vision Fund.

The billionaire also has an eye for hits, famously bringing Apple's first iPhone to the Japanese market. But when his company launched Pepper, it had little experience designing and building products - let alone androids.

And the expected market never materialised. Even as Pepper helped spread SoftBank's name around the world, some customers were returning it when lease periods ended.

Two years ago SoftBank made a major attempt to reboot its robotics business with the launch of Whiz, an automated vacuum cleaner.

Sales staff struggled to persuade customers to pay $500 monthly for a product that could only clean open spaces and would break down, two other sources said.

Demand for Whiz has been boosted by the pandemic, with orders for 8,000 units in the April-June quarter, said Kenichi Yoshida, chief business officer at SoftBank Robotics.

SoftBank has considered other robot products, including one that makes ramen, the two sources said. It sells a food service robot, Servi, developed by California-based Bear Robotics, that can carry food to diners.

The underperformance at SoftBank Robotics came to a head last year as the downturn forced Son to change strategy, selling assets to stabilise the group's balance sheet and pushing portfolio companies to prioritise cash generation.

SoftBank Robotics embarked on a global restructuring, reported by Reuters last month, that includes plans to cut half of its Paris-based workforce.

The business is nearing profitability and listing is a possibility, Yoshida said.

The conglomerate has been shifting to pure investing through its Vision Fund and has sold down majority stakes in firms like Boston Dynamics. It continues to take smaller stakes in robotics related businesses.

SoftBank has struck sales deals with partners such as Iris Ohyama in Japan and RobotLAB in the U.S. There is a niche market for selling Pepper to corporate clients and in education, Elad Inbar, CEO of RobotLAB, said in an interview.

"Our job in this ecosystem is to show that there is market demand," he said. 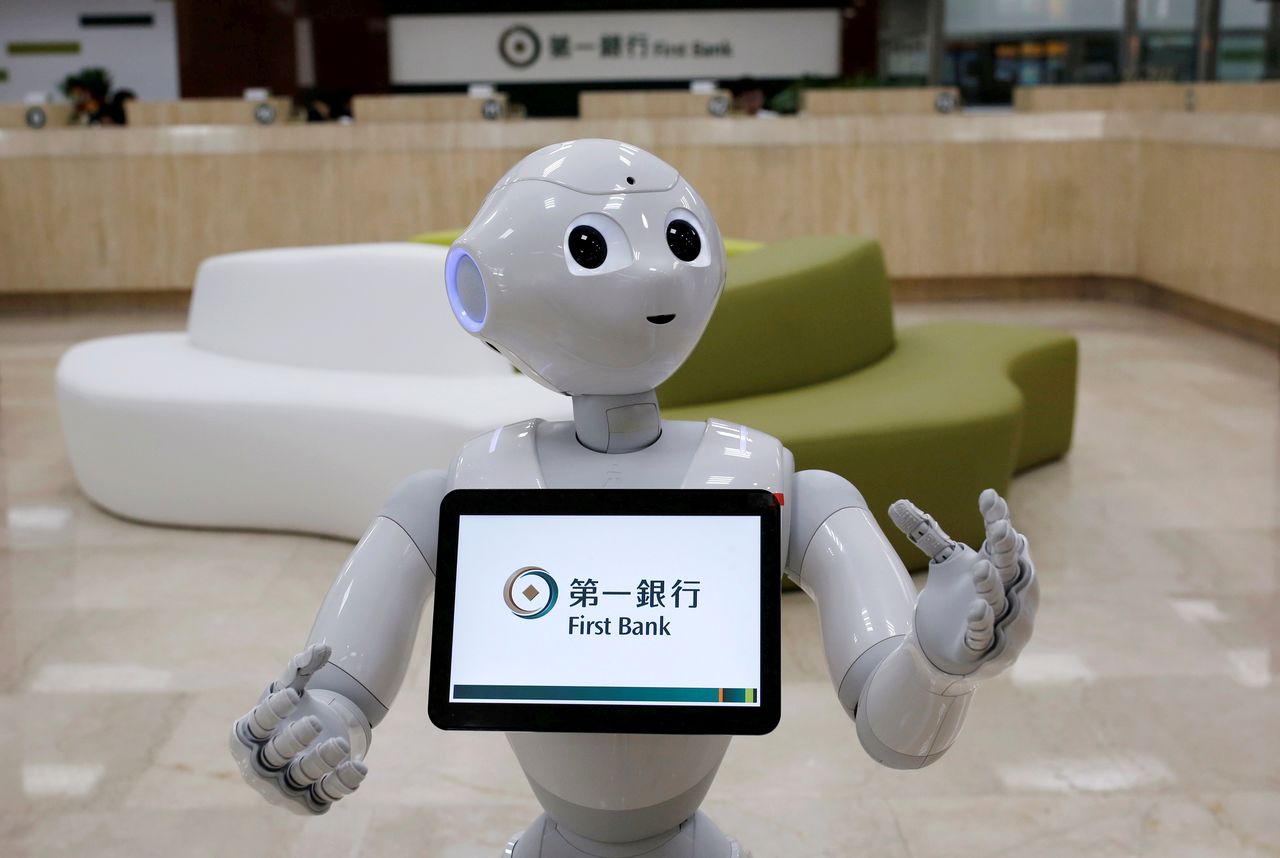 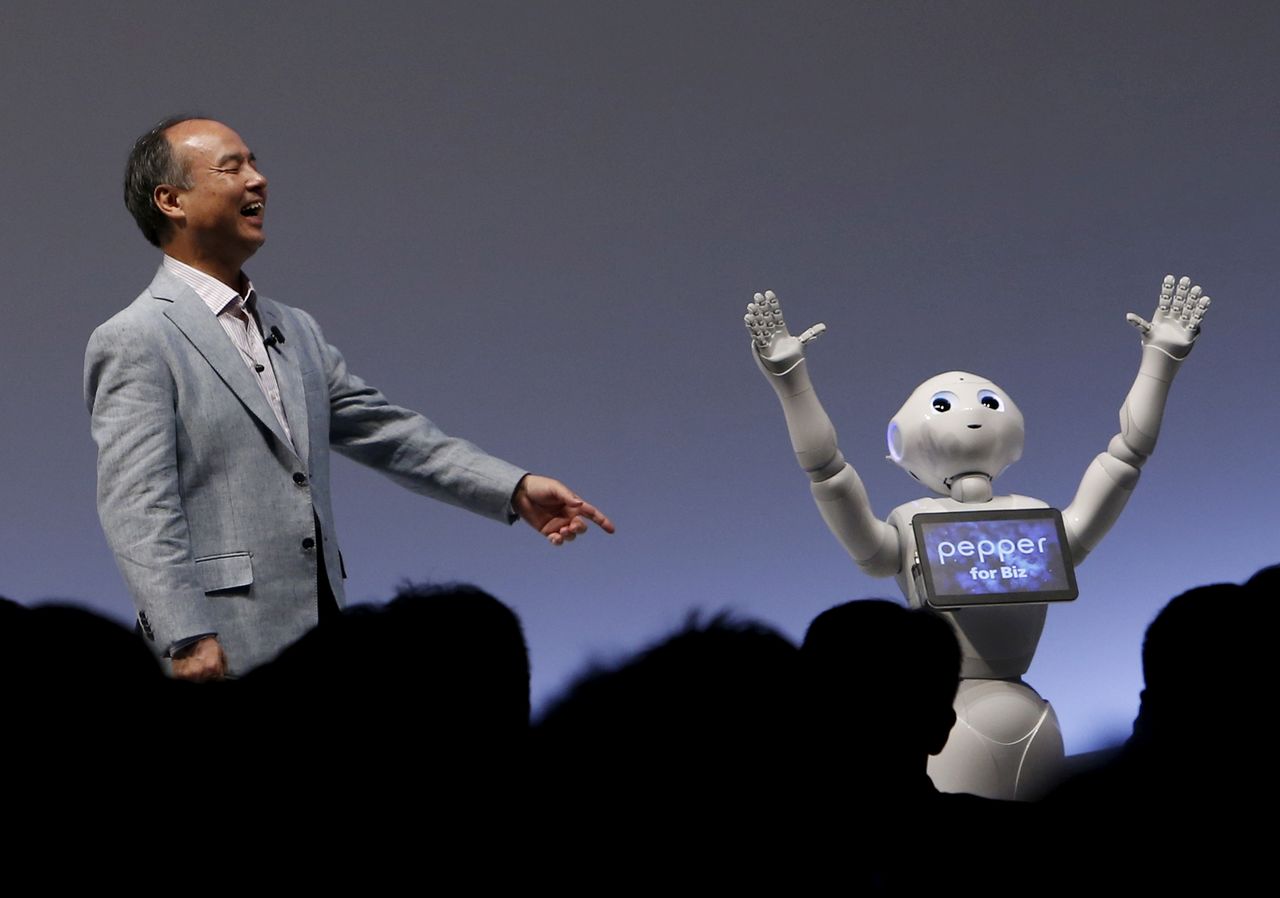 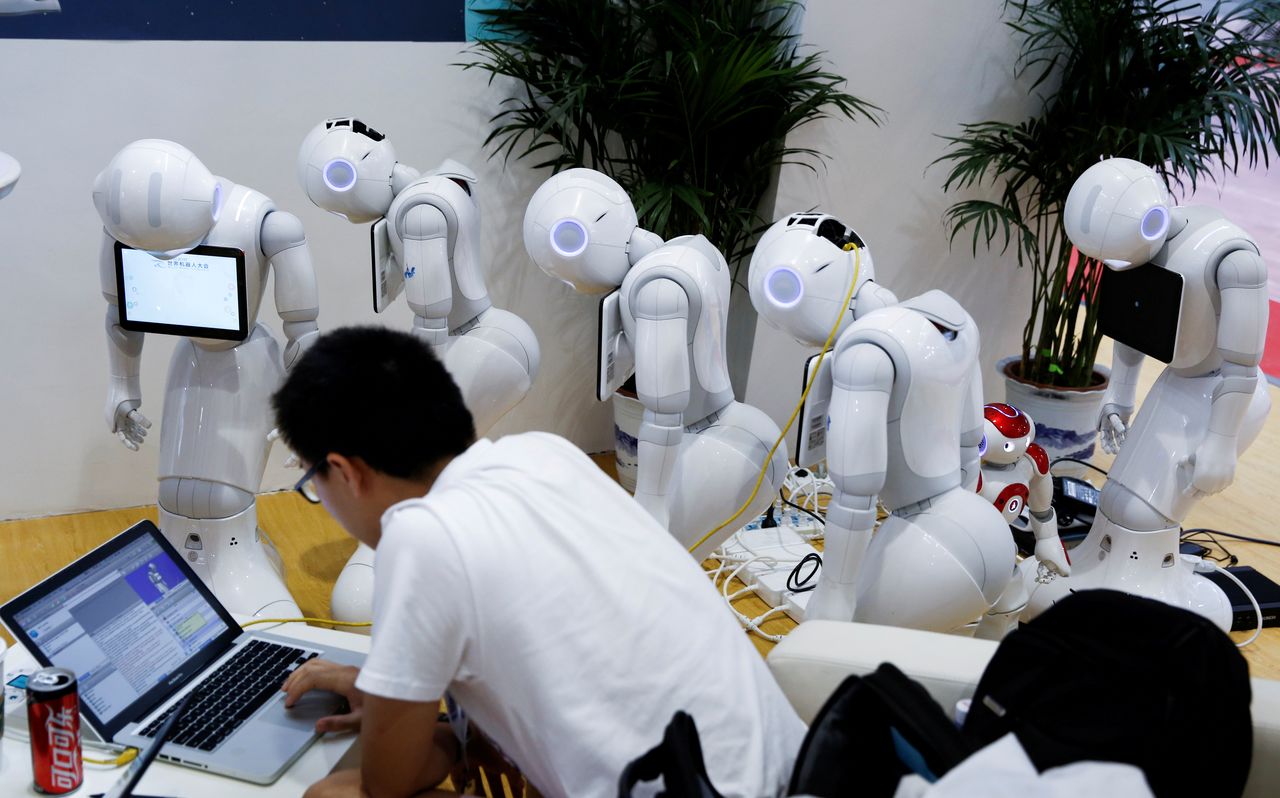