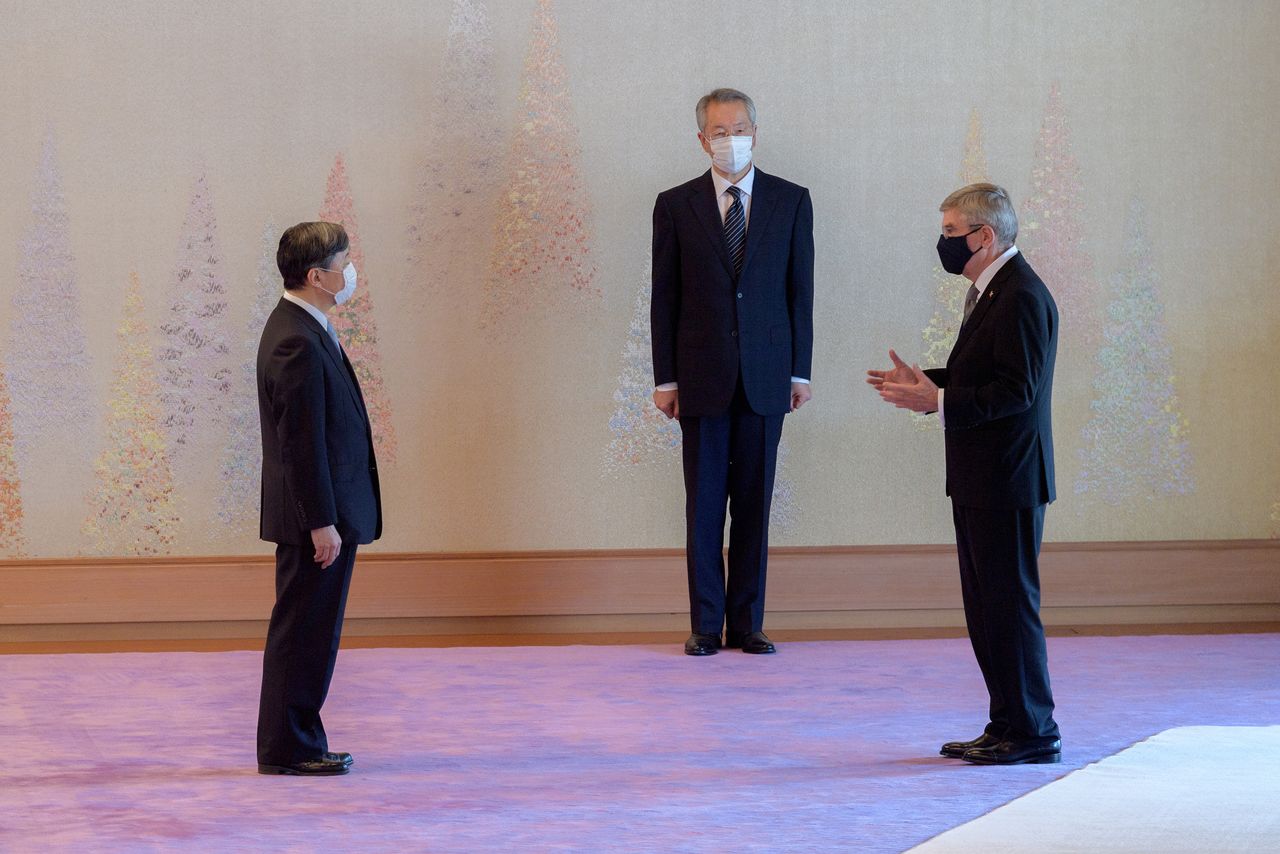 TOKYO (Reuters) - The head of the International Olympic Committee met with Japan's Emperor Naruhito on Thursday and assured him that organisers were doing their utmost not to bring infections into the host nation.

Thomas Bach met with the emperor a day before the opening ceremony, where Naruhito is expected to speak.