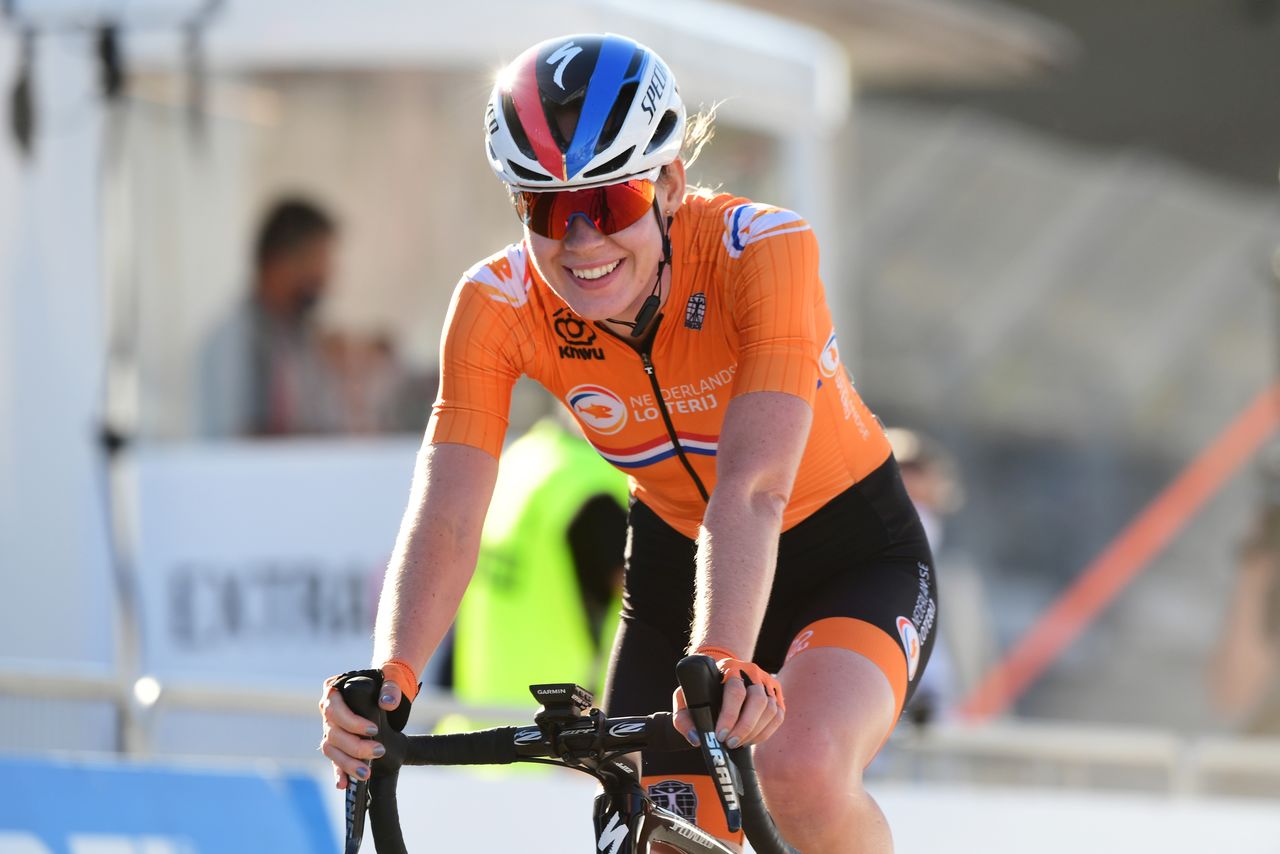 TOKYO (Reuters) - Anna van der Breggen knows that if she is to celebrate her final year as a professional cyclist with a second successive Olympic title she will have to beat a team mate on Sunday.

But when you are on the Dutch cycling dream team, that is par for the course.

The 31-year-old world champion, along with 2012 Olympic winner and three-time world champion Marianne Vos, Annemiek van Vleuten and Demi Vollering, will form a fearsome quartet over the hilly 136 km course.

Van der Breggen won in Rio after race leader Van Vleuten suffered a horrific crash on the descent to Copacabana. The victory was tinged with sadness for her friend and rival who rebounded to claim three world road titles.

As she contemplates life in a slower lane, Van der Breggen would love to finish on a high with gold in Tokyo but says a Dutch victory is the priority.

“It’s always like this whenever we are in a championship,” she told Reuters on Friday. “We are riding for one country but only one rider can win and we all know this.”

Pity the other leading contenders in the 67-rider field - Britain’s Lizzie Deignan, Italian Elisa Longo Borghini and Poland’s Katarzyna Niewiadoma - who must try to drive a wedge between the Dutch and stop the race becoming a procession.

“We all know how to grab our chances for ourselves without bothering a team mate. Most of the time the one with the best legs wins,” Van der Breggen said.

The first task on a course that starts at Musashinonomori Park and ends after 2,692 metres of climbing, will be to grind down the opposition, she said.

If that goes to plan, then the Dutch will fight each other.

“If Annemiek is on the attack and I feel like I can go after it, I will, but only if I don’t have anyone from another team on the wheel. You must not jeopardize the victory of your country.

“We all get this. We can’t race against each other until the other countries are driven off.”

Van Vleuten, 38, is constantly reminded of the crash that ended her hopes in Rio and could have ended her career. But she does not see Sunday as a means of redemption in what is also her last Olympics.

“Others may see Tokyo as an opportunity to put things right, as if I was out for revenge. I don’t feel that way at all myself. In retrospect, that fall was the starting point for the second part of my career,” she told Dutch paper De Volkskrant.

Sunday’s course is potentially tailor-made for the wily Vos, as it does not have as many climbs as both Van der Breggen and Van Vleuten would prefer, with no climb on Mount Fuji itself.

“The course is not really for me, it does go uphill, long too, but there are no really steep parts,” Van Vleuten said.

Very much the baby of the group, Vollering, 24, says she is lucky to be in a team of champions, although she could spring a surprise and take gold.

“It’s cool but then again everyone is watching for us to make the race,” she said. “But we can all go for gold and most importantly a gold for the team.”