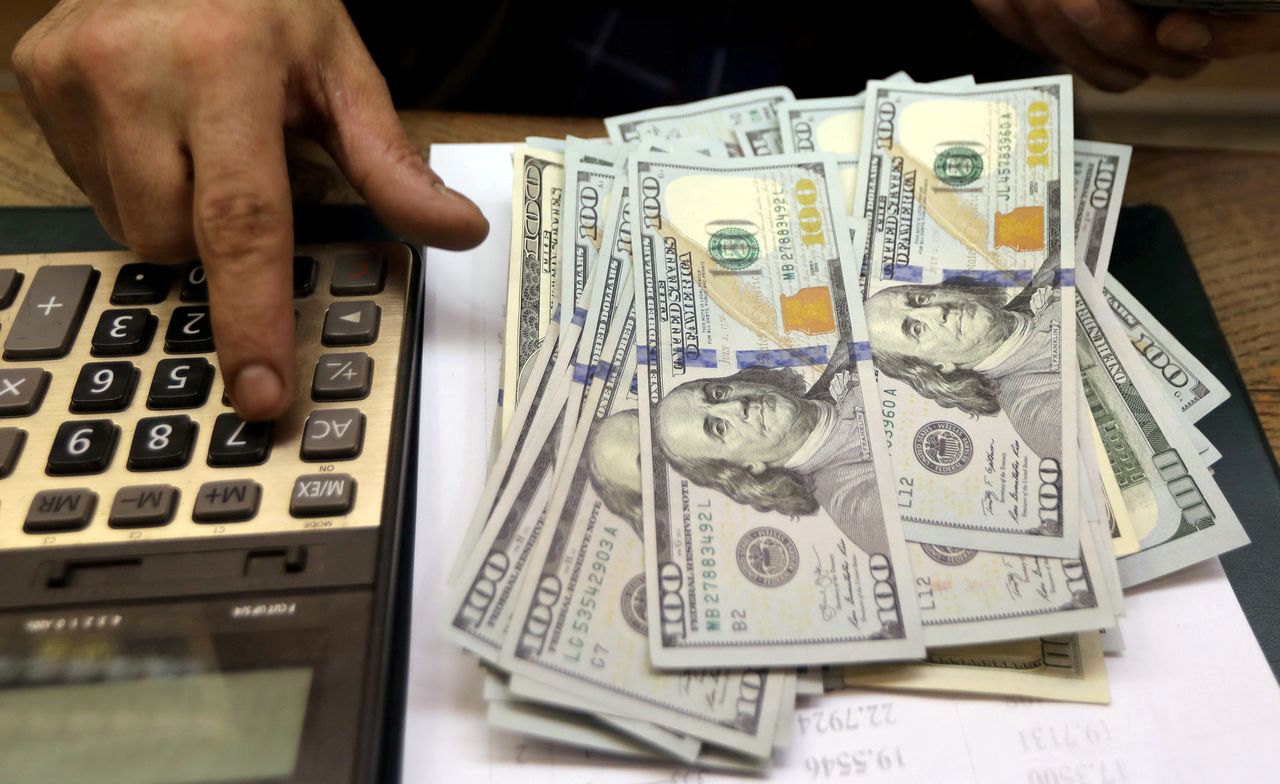 NEW YORK (Reuters) -The dollar edged lower on Monday against a basket of peer currencies as investors positioned themselves ahead of this week's U.S. Federal Reserve policy meeting, while cryptocurrency prices rose to their highest in weeks.

The euro ticked 0.27% higher to $1.1800, even after a survey from the Ifo Institute showed German business morale fell unexpectedly in July on continuing supply chain worries and rising COVID-19 infections.

"What we're seeing in euro-dollar specifically today is a little bit of covering, I think, from some frustrated shorts," said Erik Bregar, head of FX strategy at the Exchange Bank of Canada.

"You could argue the FOMC meeting is another reason to perhaps take some chips off the table," Bregar added.

The Fed begins a two-day meeting on Tuesday, followed by a news conference by Chair Jerome Powell on Wednesday, where investors will by listening for any comments on when tapering of the central bank's asset purchases could begin.

"We expect the Fed to lay the groundwork for an upcoming taper announcement at this meeting, serving to confirm the reality of U.S. monetary policy divergence," analysts at Bank of America said in a note to clients.

But since the Fed met just six weeks ago, what had seemed a blue-sky setting for that debate has become clouded by a quadrupling of daily COVID-19 infections led by the more-contagious Delta variant to levels approaching those seen in last summer's coronavirus surge.

The yen gained as much as 0.4% to 110.11 yen per dollar. Sterling gained against the dollar and the euro as coronavirus infections in Britain receded. [GBP/]

The greenback is still up nearly 4% since May 25 as an improving U.S. economy bolstered the outlook for the Fed to start paring asset purchases as early as this year.

"With the dollar, you've had a pretty sizable rally," said Mazen Issa, senior FX strategist at TD Securities. "On a short-term cross-asset valuation base, it actually looks to be a bit rich against most of the G10, particularly against currencies that have more hawkish central bank pricing."

The Norwegian crown was up 0.56% against the greenback, while the Canadian dollar gained 0.1%.

In cryptocurrencies, Bitcoin was up nearly 13%, touching a more-than five-week high at just over $40,000, while ether gained 8.55% to $2,381.52 after London's City A.M. newspaper cited an unnamed insider as saying Amazon is looking to accept bitcoin payments by year-end.

The report followed Twitter boss Jack Dorsey's comment on Friday that the digital currency is a "big part" of the social media company's future.

(Reporting by John McCrank in New York; additional reporting by Ritvik Carvalho in London; Editing by Barbara Lewis, Will Dunham and Steve Orlofsky)