Nishiya came out on top of an unusually young field of competitors, with all three medallists in their teens. Brazilian silver medallist Rayssa Leal is also 13, while bronze medallist Funa Nakayama, also from Japan, is 16.

Her victory brought a skateboarding double for Japan after Yuto Horigome won gold in the men’s street event on Sunday, claiming the first gold medal https://www.reuters.com/lifestyle/sports/skateboarding-horigome-wins-first-olympic-gold-skateboarding-2021-07-25 for the sport in Olympic history.

“I welled up in tears because I was beyond happy,” Nishiya said, describing the moment when she realised she had won gold.

Though Nishiya said she was “stressed out” after initially stumbling and missing key landings on her first two tricks, she landed her final three, earning 4.66 on her fourth, bringing her total above Brazilian prodigy Leal.

In a surprise twist, Nishiya’s Japanese team mate, Aori Nishimura, 19, struggled after repeatedly stumbling in the finals and coming last.

Earlier in the day after the heats, Nishimura’s father, Tetsuo, told Reuters his daughter had hurt herself the day before during practice and was in a wheelchair on Sunday night. Nishimura currently holds the No. 1 ranking according to Worldskate.

Ahead of a final round in which five of the eight competitors were in their teens, 34-year-old Alexis Sablone from the United States said the young field was another sign the industry was taking women skaters more seriously.

Sablone, who placed fourth, said for years women skaters were not given the kind of lucrative sponsorship deals and star treatment their male equivalents received.

“For a long time there were way fewer females doing this and it’s taken until now for enough people to pay attention, to get enough eyes on it, to inspire more girls around the world to start skating,” said Sablone.

On Monday athletes again had to compete without being roared on by fans as they landed the difficult moves, with spectators kept away from the Olympic venues due to anti-COVID-19 measures.

Even so, Brazil’s Leal had by far the liveliest supporters, with team mates Pamela Rosa and Leticia Bufoni cheering her on in the finals. They comforted Leal after she broke down in tears following a failed trick, which seemed to momentarily erase the confidence she had in displayed in the preliminaries.

By the end of the event Leal had cheered up, telling reporters she wanted to have a party with friends when she returned to Brazil.

Asked by a reporter how she would respond to people who said girls can’t skate, Leal said there should be no gender barrier in sports.

“It’s not right to think, well you have to study, you can’t go skating because skating is for boys,” she said, adding that she had never listened to such messages. “I think skateboarding is for everyone.”

Bronze medallist Nakayama, who used to take the overnight bus to Tokyo from Toyama in central Japan just to practice skating, said she hoped the Japanese skaters’ successes would also encourage more young women to take up the sport.

“I want more rivals, which will make skating more fun,” she said.

Skaters practising at Amazing Square Murasaki Skatepark on Monday said they were moved by news of Japan’s victory, calling it a massive achievement for the sport in a country that has not always accepted the activity as a legitimate pastime or sport.

“The first champion (of skateboarding) this time was a Japanese ... so I’m happy,” said 35-year-old Yasutaka Okura, a company manager who was skating at the park. 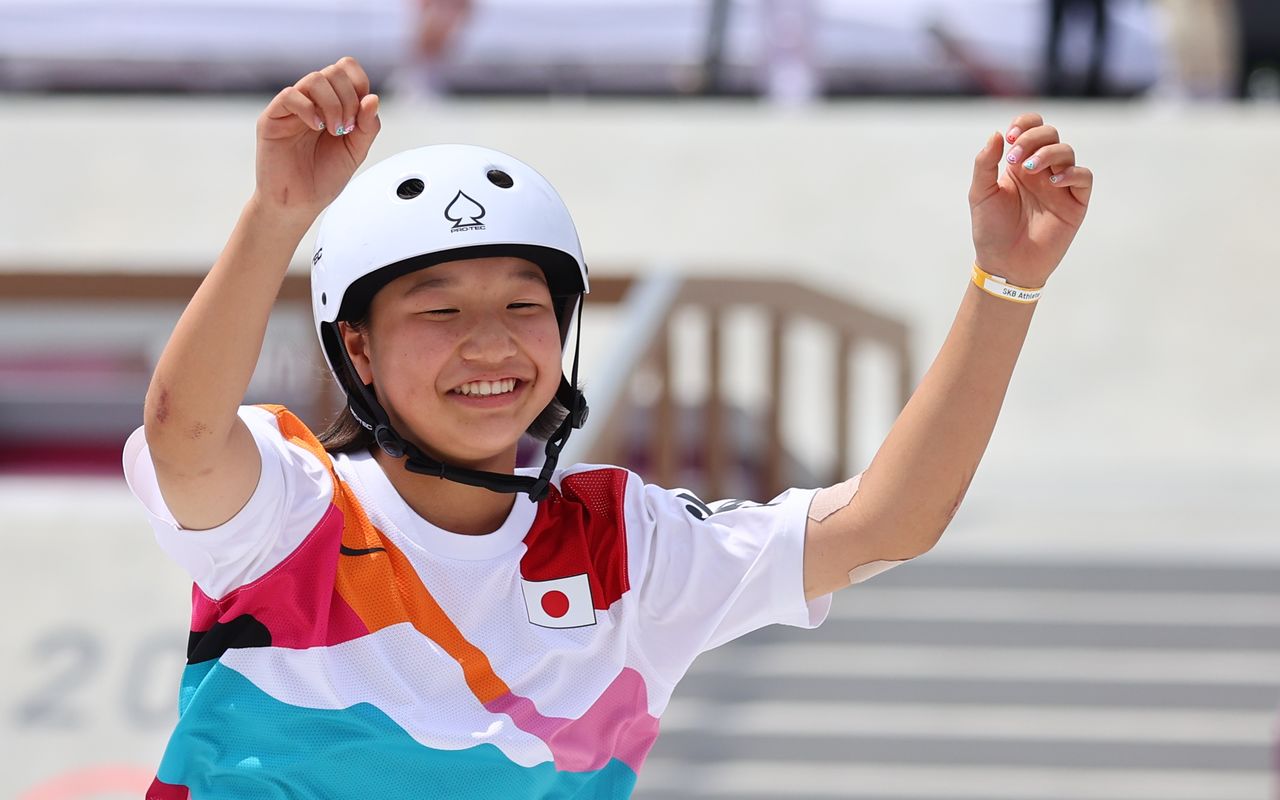 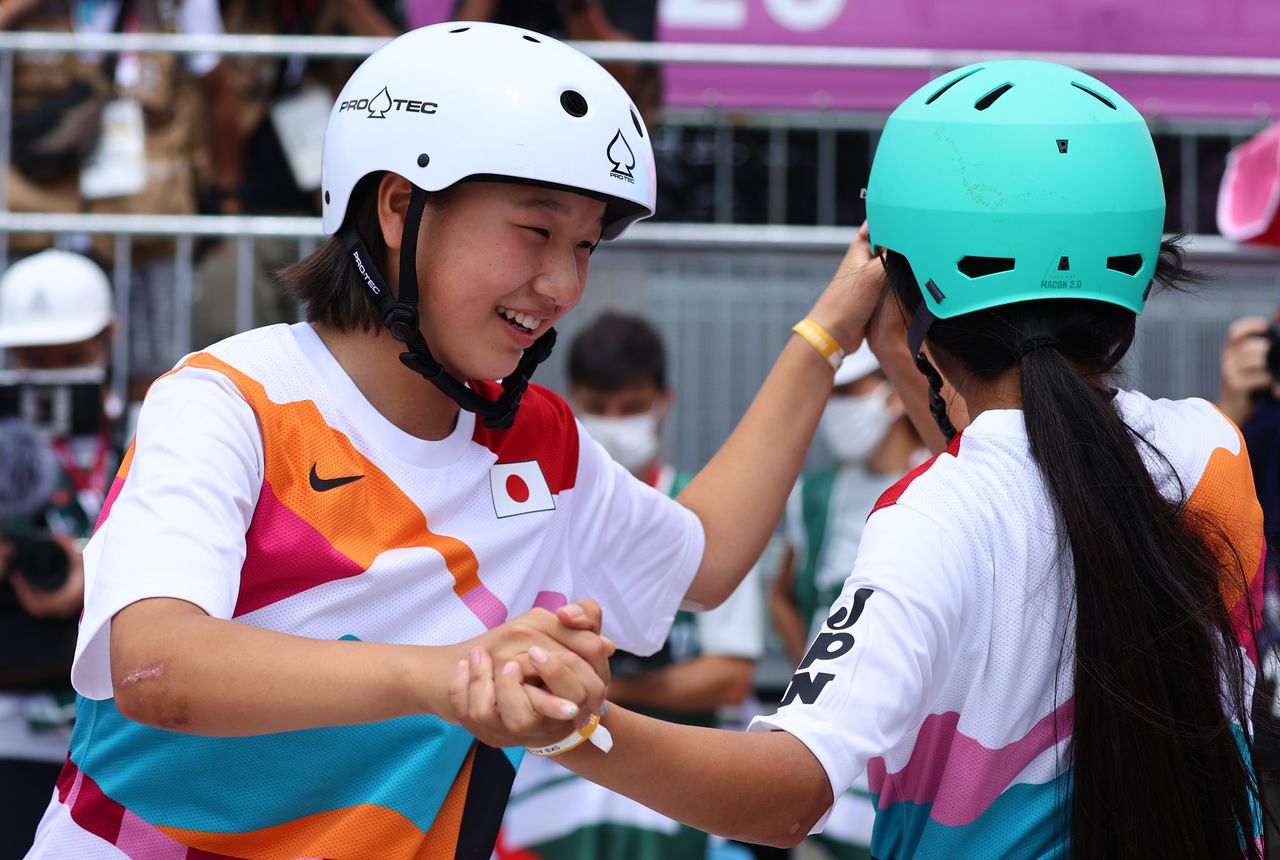