Olympics-Schoolgirl scoops gold as Japan warms to the Games

TOKYO (Reuters) -Japan struck more gold on Monday to lead the medals table as sentiment towards the pandemic-delayed Tokyo Olympics appeared to shift, and local fans defied organisers to grab a glimpse of the Games.

The hosts now have eight golds, one more than the U.S. and two ahead of third-placed China.

Pint-sized 13-year-old Momiji Nishiya took gold in street skateboarding https://www.reuters.com/lifestyle/sports/skateboarding-nishiya-japan-takes-gold-womens-street-2021-07-26 -- new to the Olympics in Tokyo -- while in one of the Games' staple sports a "Terminator" hunted down a dominator to set the swimming pool alight.

Love and laughter filled the fencing venue where a marriage proposal https://www.reuters.com/lifestyle/sports/fencing-for-argentinas-perez-maurice-an-olympic-loss-marriage-proposal-2021-07-26 was accepted a decade after an original rebuffal, but smiles were thin on the ground for boxing refugee Eldric Sella who, having dreamt for years of competing in the Olympic Games, lasted 67 seconds https://www.reuters.com/article/us-olympics-2020-box/olympics-boxing-67-seconds-sellas-dream-ends-in-a-flash-idUSKBN2EW0PI.

Britain's four-times Olympian Tom Daley finally won a long-yearned-for gold when, together with new diving partner Matty Lee, he pulled off a stunning victory in the men’s 10 metre synchronised platform, ending China's stranglehold on the event.

Daley told reporters that LGBTQ representation at the Games can change lives.

"When I was a little boy and felt like an outsider and felt different and felt like I was never going to be anything because who I was wasn't what society wanted me to be, and to be able to see out LGBT people performing at the Olympic Games is – I hope (it) can give young kids hope," he said.

"Congratulations, Hidilyn. The entire Filipino nation is proud of you," he wrote in a statement.

In the pool, Ariarne Titmus lived up to her "Terminator" moniker by clawing back American Katie Ledecky's early lead to win the 400m freestyle final and pour petrol on the fierce Australia-U.S. pool rivalry.

"I can't believe it, I'm trying to contain my emotions," said Titmus.

Team USA got their victory in the 4x100m men's relay, while Adam Peaty roared with pride after becoming the first British swimmer to defend an Olympic title with gold in the 100m breaststroke.

The high-stakes swimming finals, staged in the morning in Tokyo to reach prime time American television viewers, were held in a nearly empty aquatic centre with spectators banned because of COVID-19 restrictions.

The loud cheers of one fan, however, were heard across the world when video footage of Titmus's coach Dean Boxall headbanging and dancing in the stands became a focus for NBC commentators and went viral, making him an instant Games meme.

Locals defied organisers and gathered along the route of the triathlon, grabbing a rare opportunity to see live competition at the pandemic-hit Games.

"I think the risk of getting infected is extremely low, almost equal to zero," said Masao Kitada, a 35-year-old finance worker standing at the roadside. "The Tokyo Games are very special, so I can't miss this chance."

Norwegian Kristian Blummenfelt took gold at the open air triathlon route on the island of Odaiba in Tokyo Bay.

Support for Japanese Prime Minister Yoshihide Suga slid nine points to 34%, its lowest since he took office, a survey showed on Monday, as worries about COVID-19 clouded his hopes the Tokyo Olympics would boost his ratings ahead of an election this year.

But Japanese media was full of Olympic success.

The Yomiuri Shimbun broadsheet, one of the world's largest newspapers by circulation, splashed photos of the judo gold medal-winning Abe siblings, swimmer Yui Ohashi and skateboarder Yuto Horigome with the word "Gold" beneath each of their names.

Schoolgirl skateboarder Nishiya is sure to lead bulletins and adorn front pages now.

"I welled up in tears because I was beyond happy," Nishiya said, describing the moment when she realised she had won gold.

Jun Mizutani and Mima Ito put Japan top of the table late on Monday when they beat China's Xu Xin and Liu Shiwen to win gold in the table tennis mixed doubles.

Naomi Osaka looked good to add to the local haul later in the Games when she sailed into the third round of the tennis competition, sweeping past Swiss Viktorija Golubic.

"Definitely it would mean a lot for me to win gold here but I know it's a process," she said. 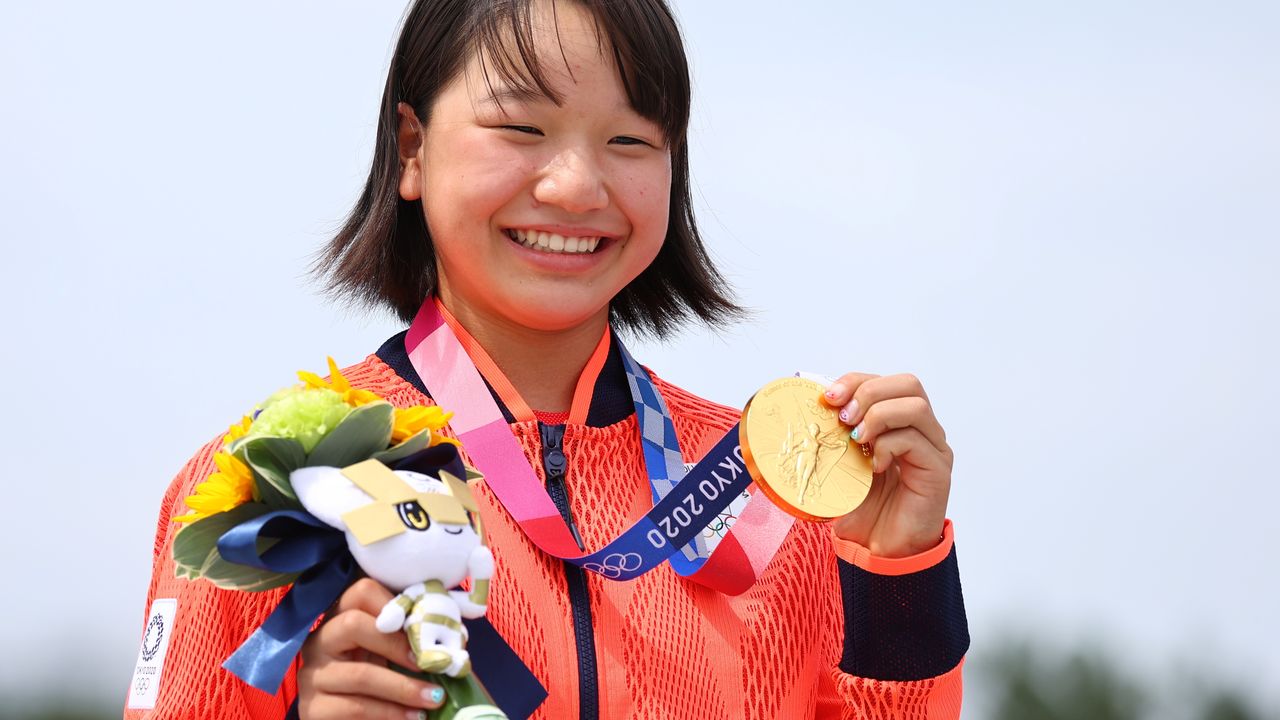 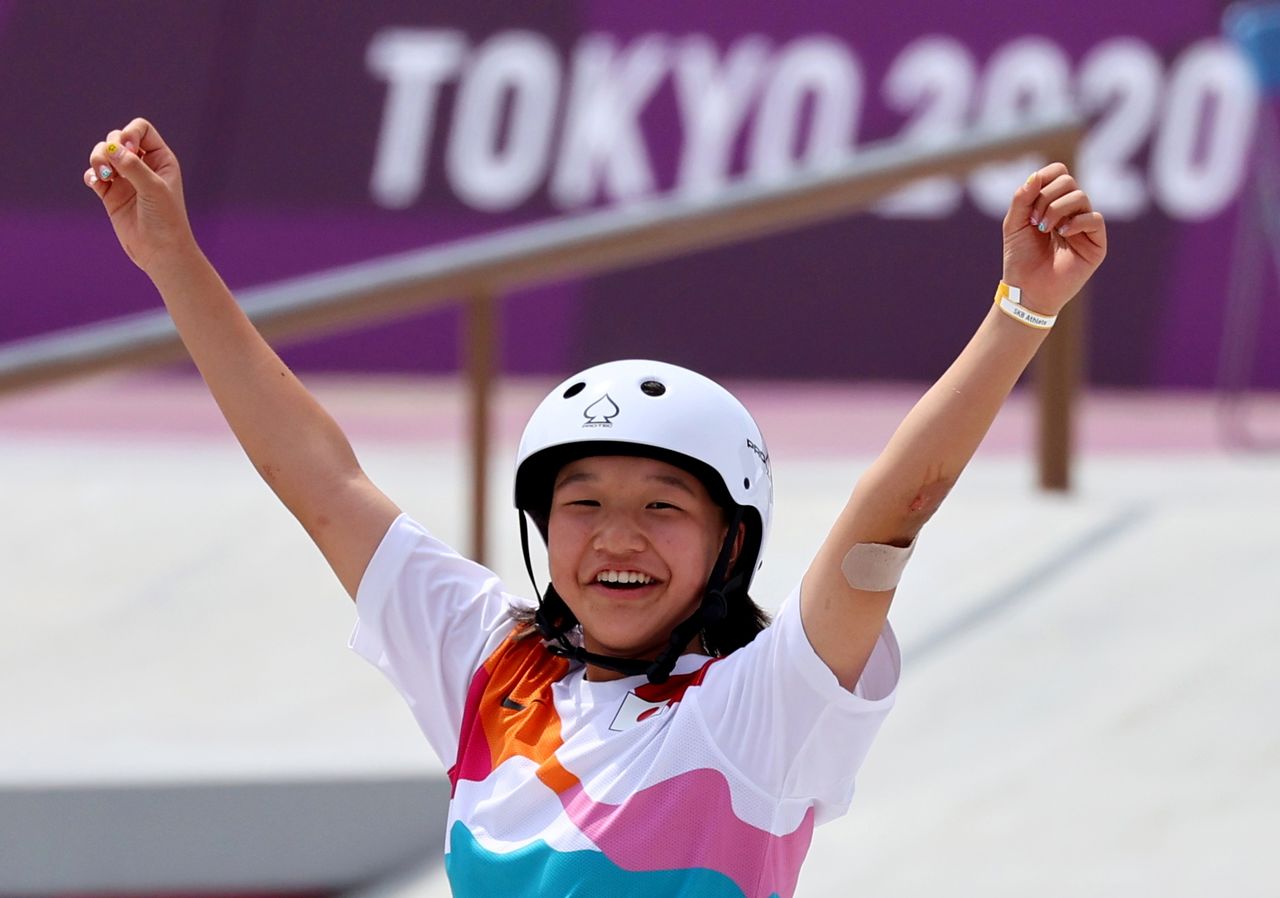 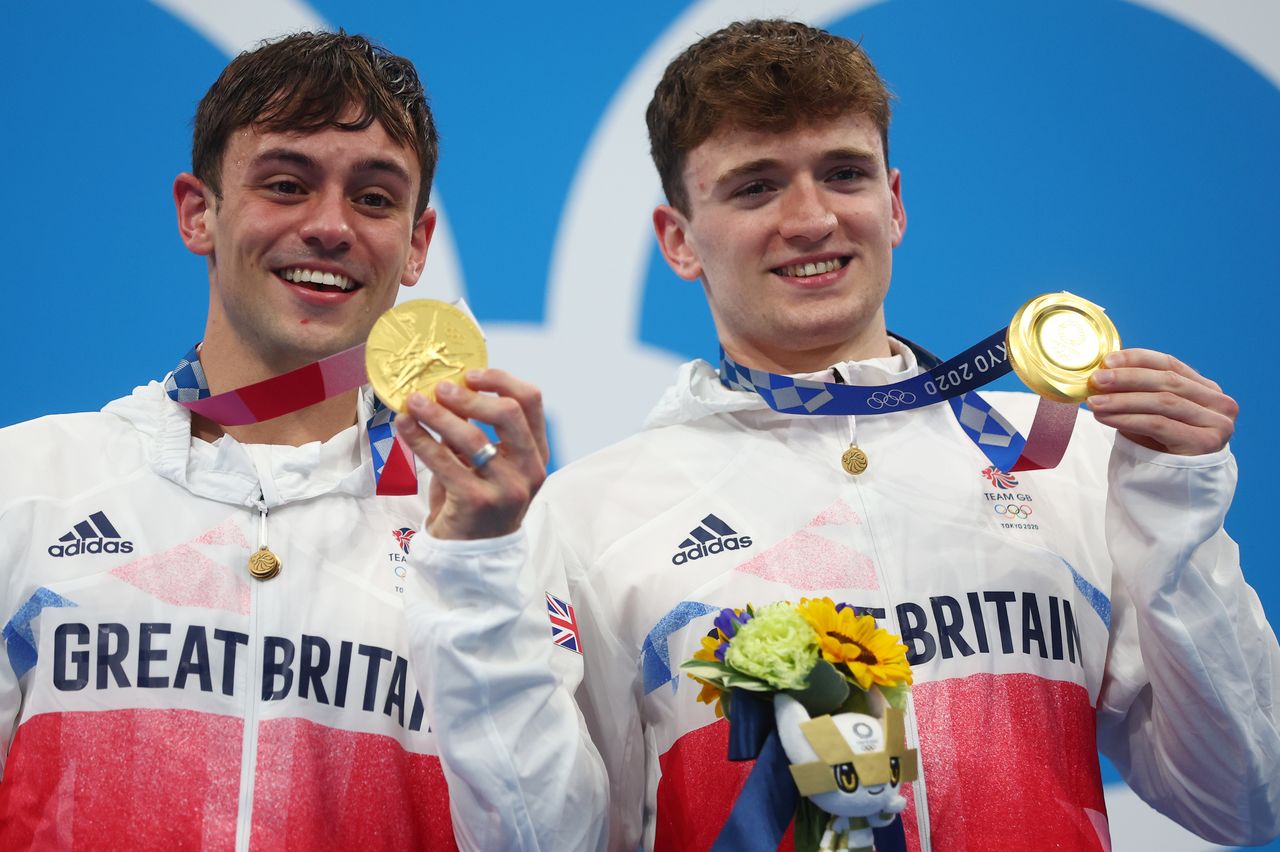 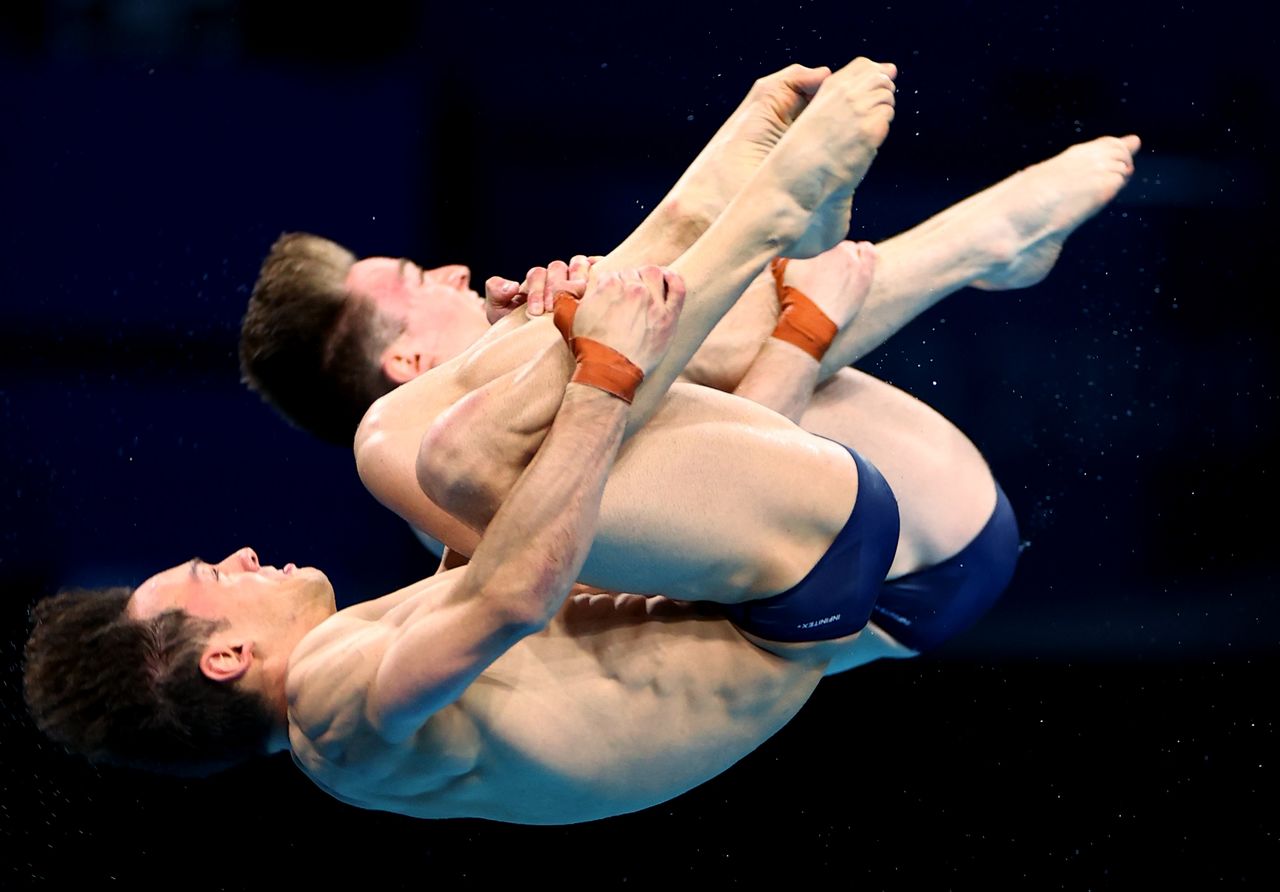 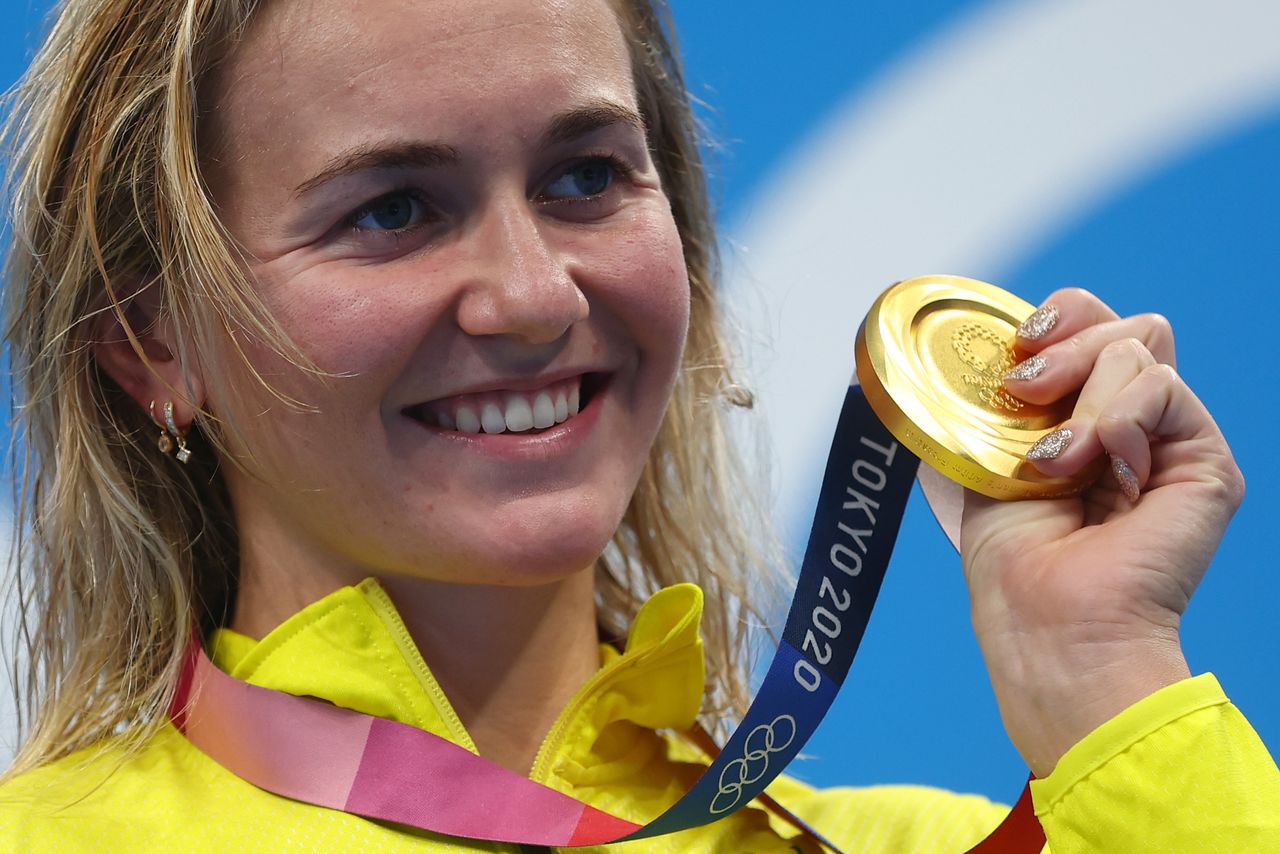 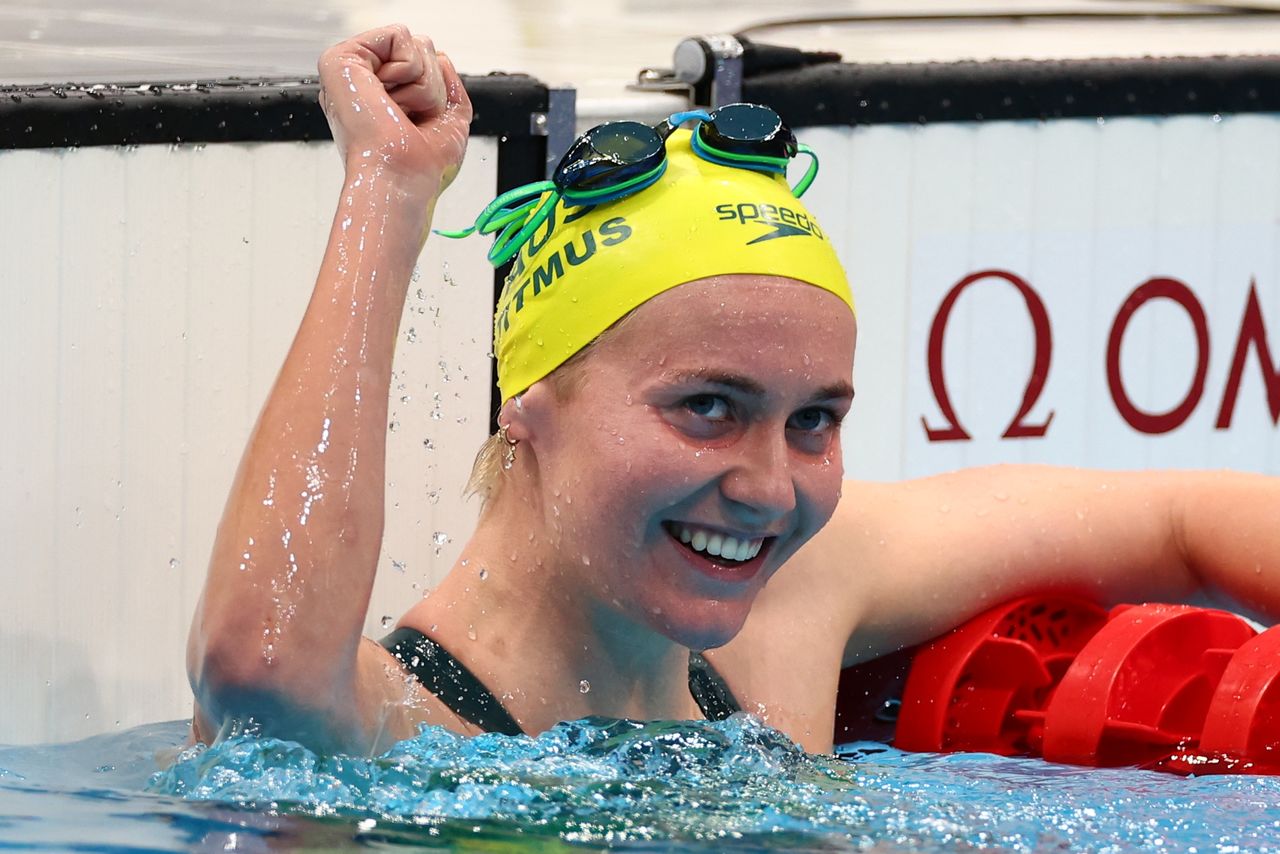