TOKYO (Reuters) - Vincent Hancock became an Olympic champion for the third time as he and Amber English helped the United States sweep the skeet gold medals on Monday.

The 32-year-old qualified for the final via a shoot-off but went on to win the gold with an Olympic record of 59 after a dominant display of marksmanship at the Asaka Shooting Range.

“I came off the field and I’m like, I’m done,” the American, who won also gold at the Beijing and London Games, said of the six-shooter logjam chasing the last three places in the final.

“But then one of my coaches said, ‘No, no, you have a shoot-off. It’s going to be a big shoot-off but you could still get in’.

“I was mad at myself for a little while, just working through the process of understanding what went wrong.”

After regrouping quickly, Hancock managed to squeeze himself into the top six to advance to the final and there was no looking back.

He missed just one of the 60 targets before wrapping himself in a U.S. flag and standing beaming at the shotgun range littered with shattered clay targets.

Hancock became the third shooter to win a specific event at three Olympics, after German Ralf Schumann in the 25-metre rapid fire pistol and Korean great Jin Jong-oh in the 50-metre pistol.

“I took a lot of time off last year just to mentally and physically reset and I wasn’t going to believe it was going to happen until my feet touched down here in Tokyo,” he said.

Jesper Hansen of Denmark took the silver and the bronze went to Kuwait’s Abdullah Alrashidi who turns 58 next month.

Italy had won both skeet golds in Rio, but men’s defending champion Gabriele Rossetti did not even make the final in Tokyo.

Barely an hour before at the same range, English prevailed in a nail-biting finish over defending champion Diana Bacosi to win the women’s gold with an Olympic record of 56.

English pumped her fist and looked emotional as she fought back tears after helping the U.S. beat Italy in the latest round of a skeet rivalry between the nations.

An army officer from a shooting family, English said the qualification round spread over two days and the drama in the final did make her “extremely nervous”.

“I’m just so thankful that it’s over. One more day of that would have been a lot. I’m very, very happy with the result, and happy I was able to perform,” she said.

An emotional Bacosi dedicated her silver medal to the people of Italy.

“It has been a hard last year because of the pandemic, in Italy especially,” said the 38-year-old.

“I wanted to come here to have a new beginning and I wanted to confirm the Olympic title that I won in Rio and I’m very happy to be a part of the last part of the competition for the silver and gold medals.”

Chiara Cainero, who won the 2008 title in Beijing and finished behind compatriot Bacosi in Rio five years ago, could not get through the qualifying round. 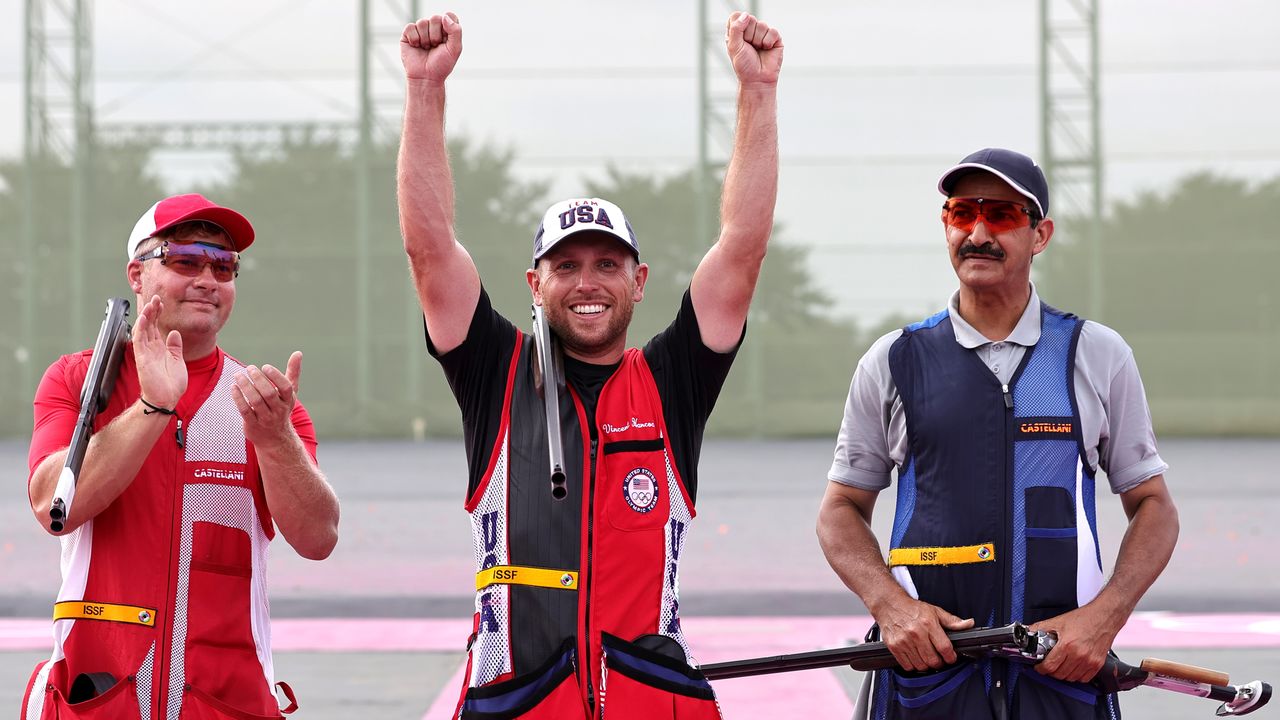 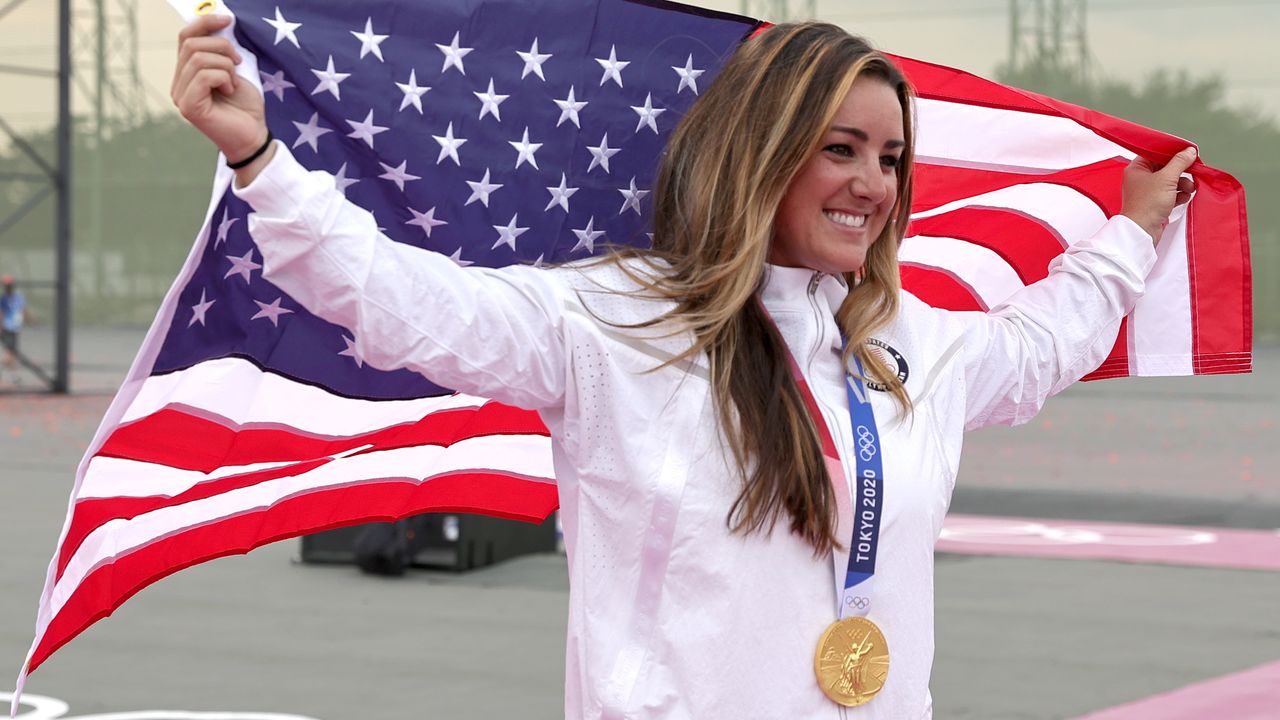 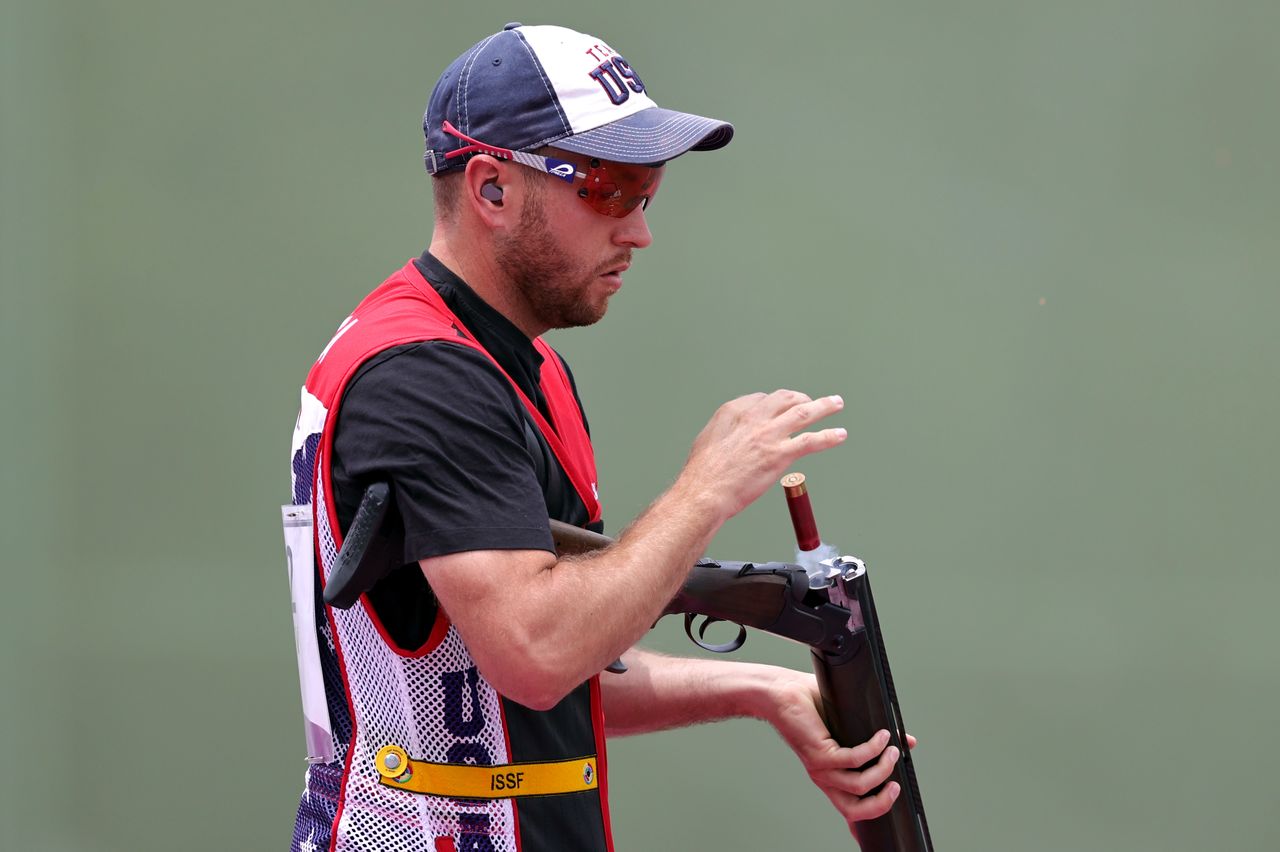