TOKYO (Reuters) - As a nutritionist for South Korean Olympians for 35 years, Han Jung-sook says Tokyo Olympics is a challenging mission.

She is responsible for orchestrating the 16-member team that will help feed the South Korean team at the Tokyo Olympics, ensuring that ingredients are radiation-free, and 400 meal boxes are safely delivered every day under the sweltering heat.

The South Korean team has rented an entire hotel, about 20 minute drive to the Athletes’ Village, to cook food for its competitors separately and screen ingredients for radiation.

The country’s own food program at Tokyo Games has become an irritant between the already-frayed relations between Seoul and Tokyo, prompting criticism in Japan on social media and among some politicians. Organisers say food served at the Olympics is safe.

South Korea has periodically irked Japan with such steps as curbing imports of Japanese seafood, citing safety concerns after the 2011 Fukushima tsunami and nuclear disaster.

“There’s radiation concerns, and as a person who’s responsible for the athletes’ safety and health, our mission is to check meticulously and tightly on those issues,” said Han, who has been running such programs since the 2012 London Olympics.

Her work starts at 4 a.m. and ends at 8 p.m., and she never walks out of the hotel to follow coronavirus protocols.

Inside her kitchen, manuals for sourcing and screening -- including use of radiation equipment -- are hanging at the entrance. Kimchi and sauces are from home, but fresh products like meat and vegetables are sourced from Japan’s local markets.

The manuals state that seafood, vegetables and fruits from eight prefectures, including Fukushima, are banned.

South Korean athletes say they love the home-made boxed meal delivery as they would rather eat in their own rooms than going to the village cafeteria, worrying about COVID-19 infection risks.

“I have to compete, and should be careful about coronavirus. So meal boxes are better,” Heo Kwang-hee, a South Korean badminton player, told Reuters when picking up meal boxes at the village.

“I think here they are doing radiation checks so I am eating this because I feel safer.” Heo said.

While there is little sign of easing tensions between Japan and South Korea, athletes from both countries are not feeling the heat, at least over food, one Japanese athlete said.

“When they (South Koreans) bring lunch boxes, they share them with us, like seaweed rice rolls,” said Ren Hayakawa, a Japanese archer who is an ethnic Korean.

“It is unfortunate that there is a problem that has nothing to do with sports.” 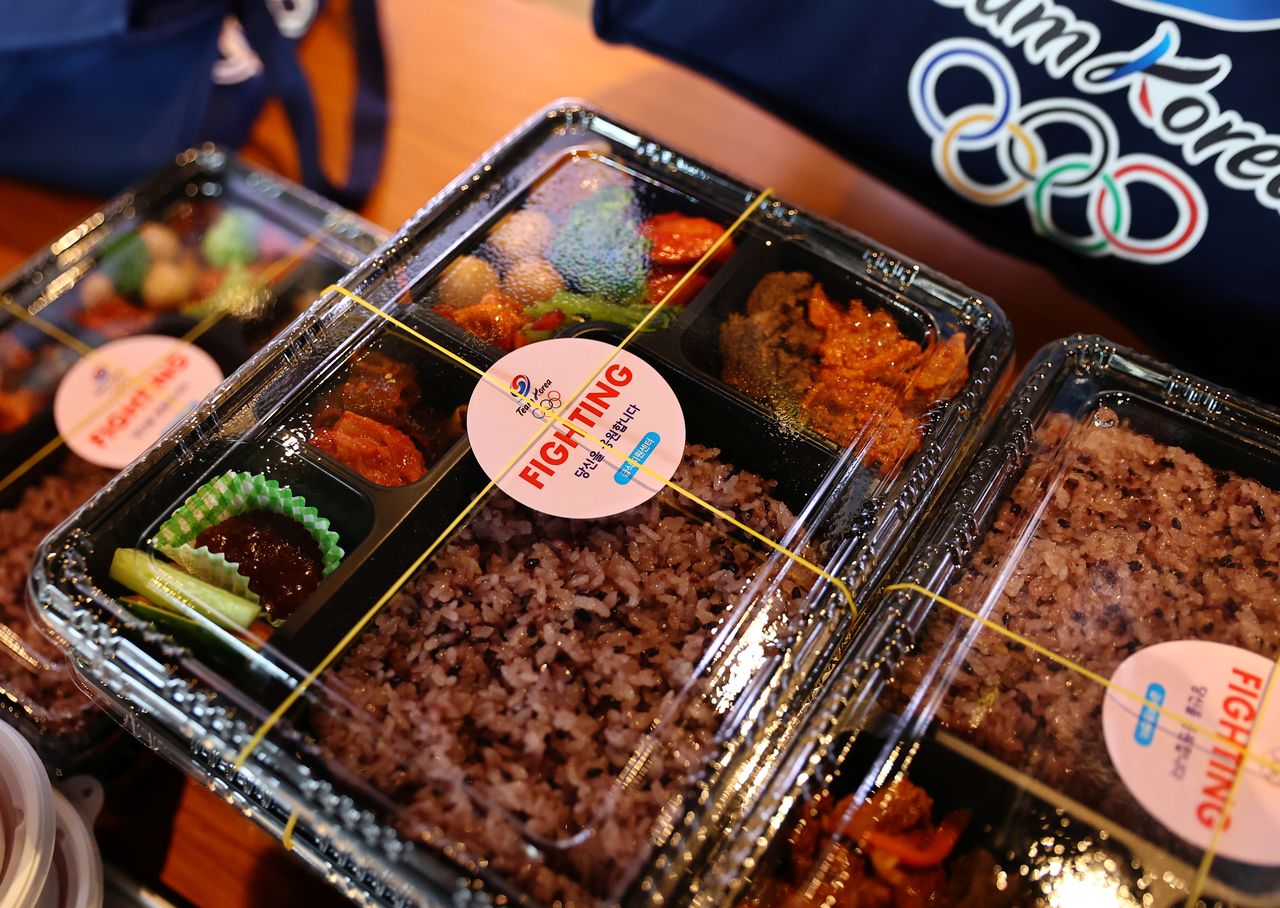 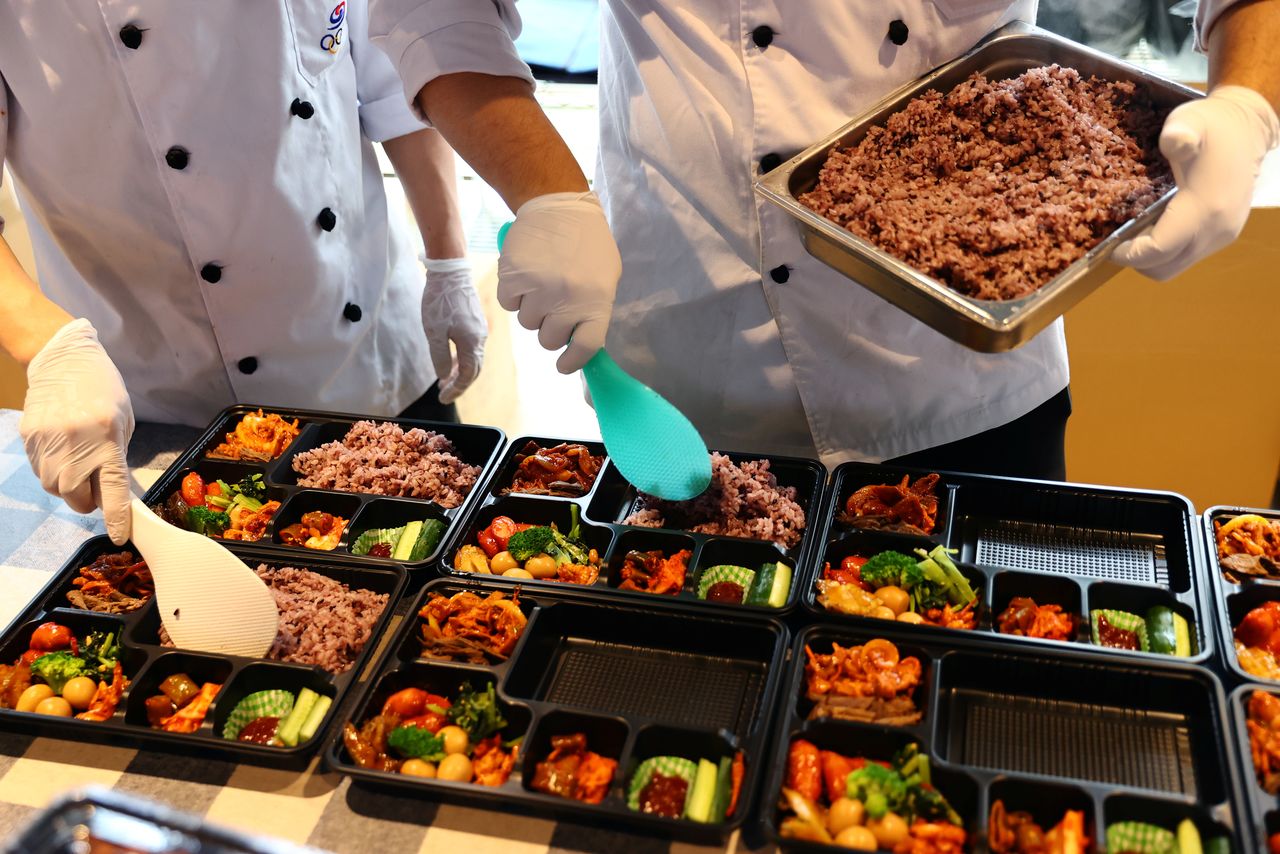 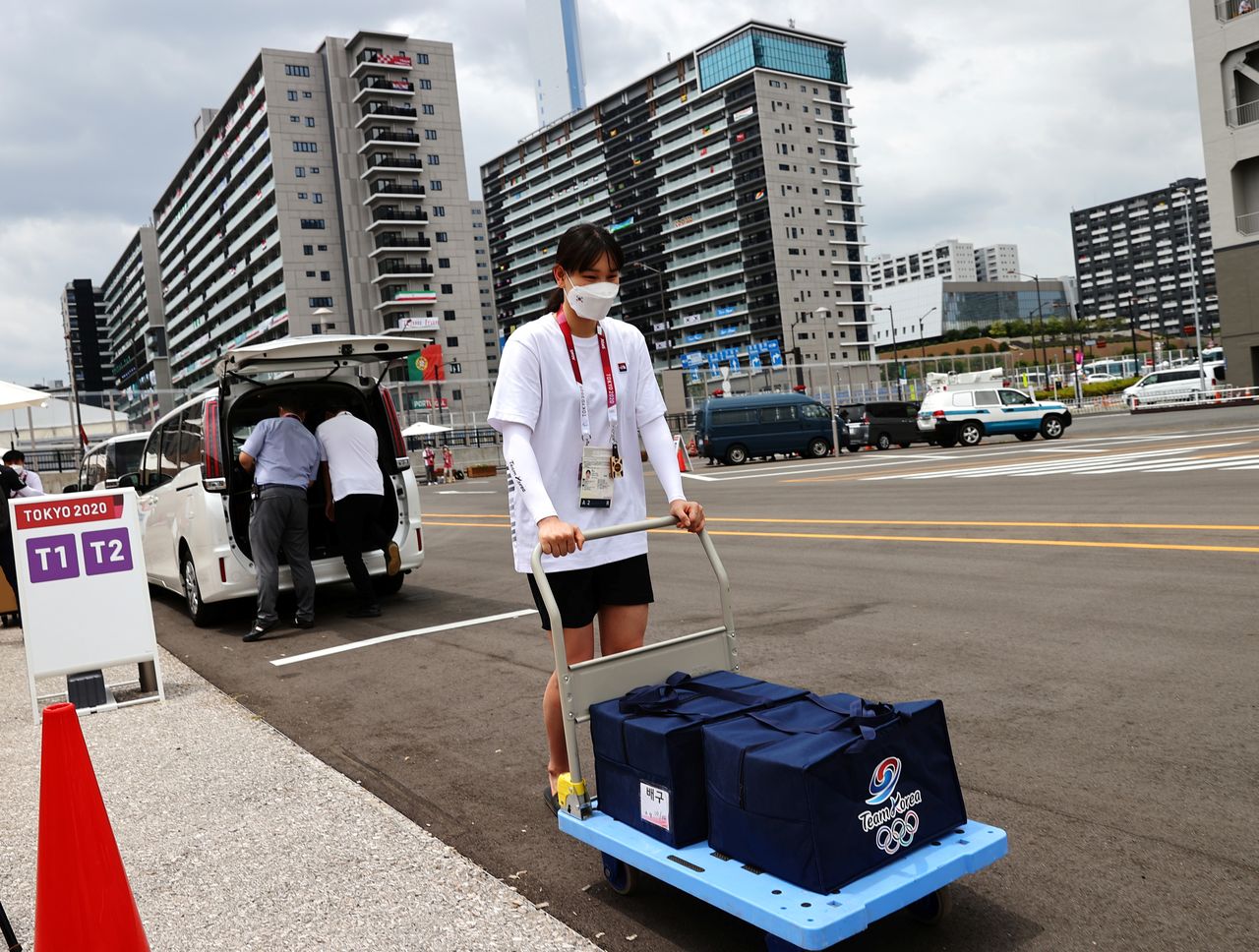 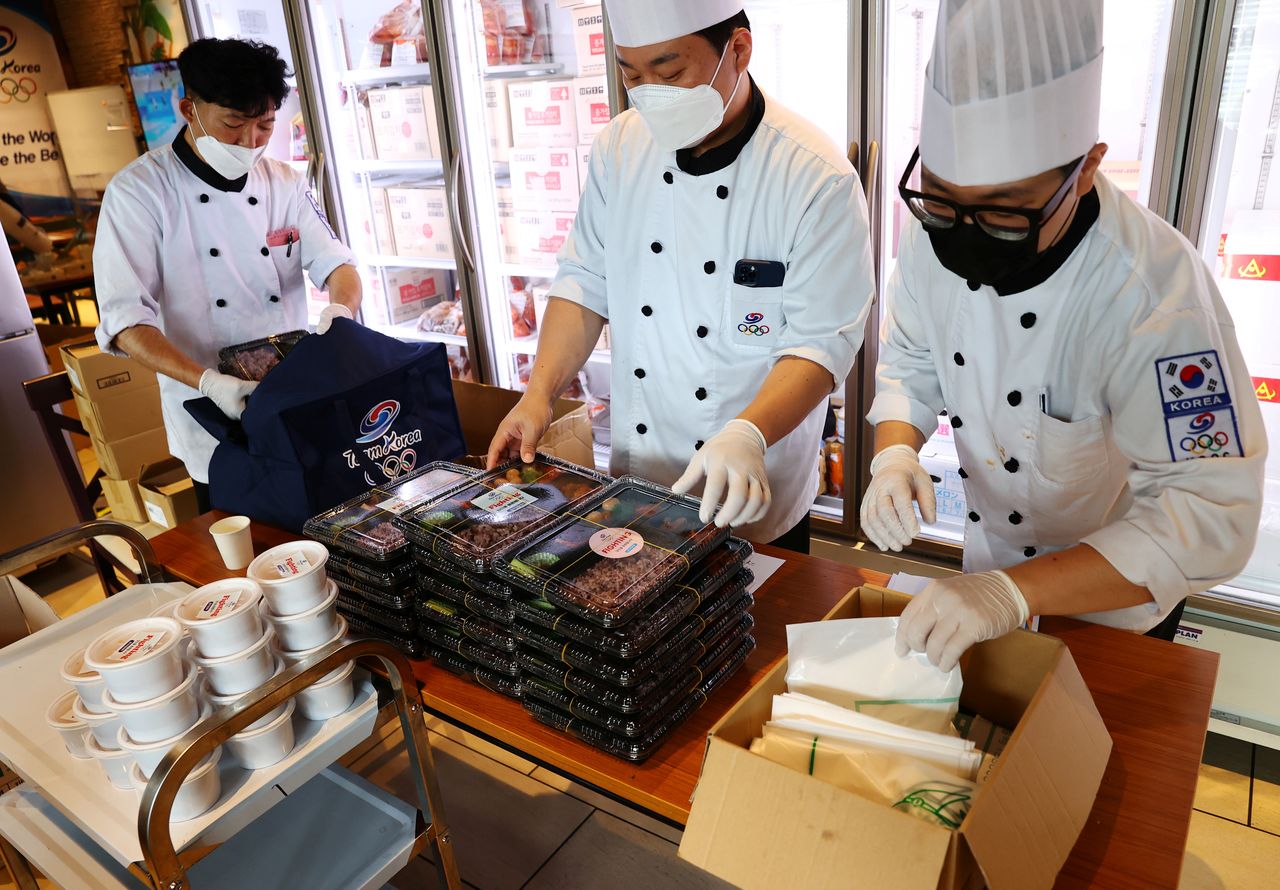 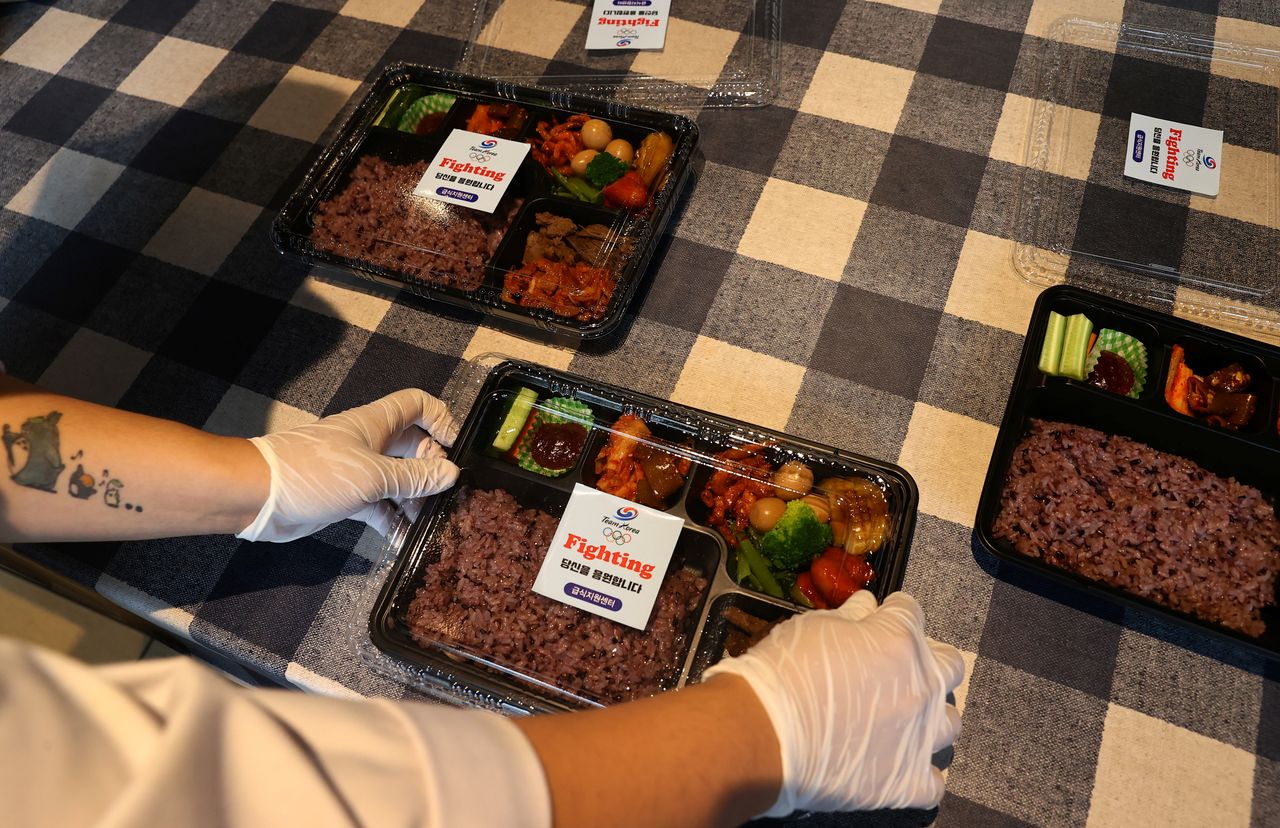 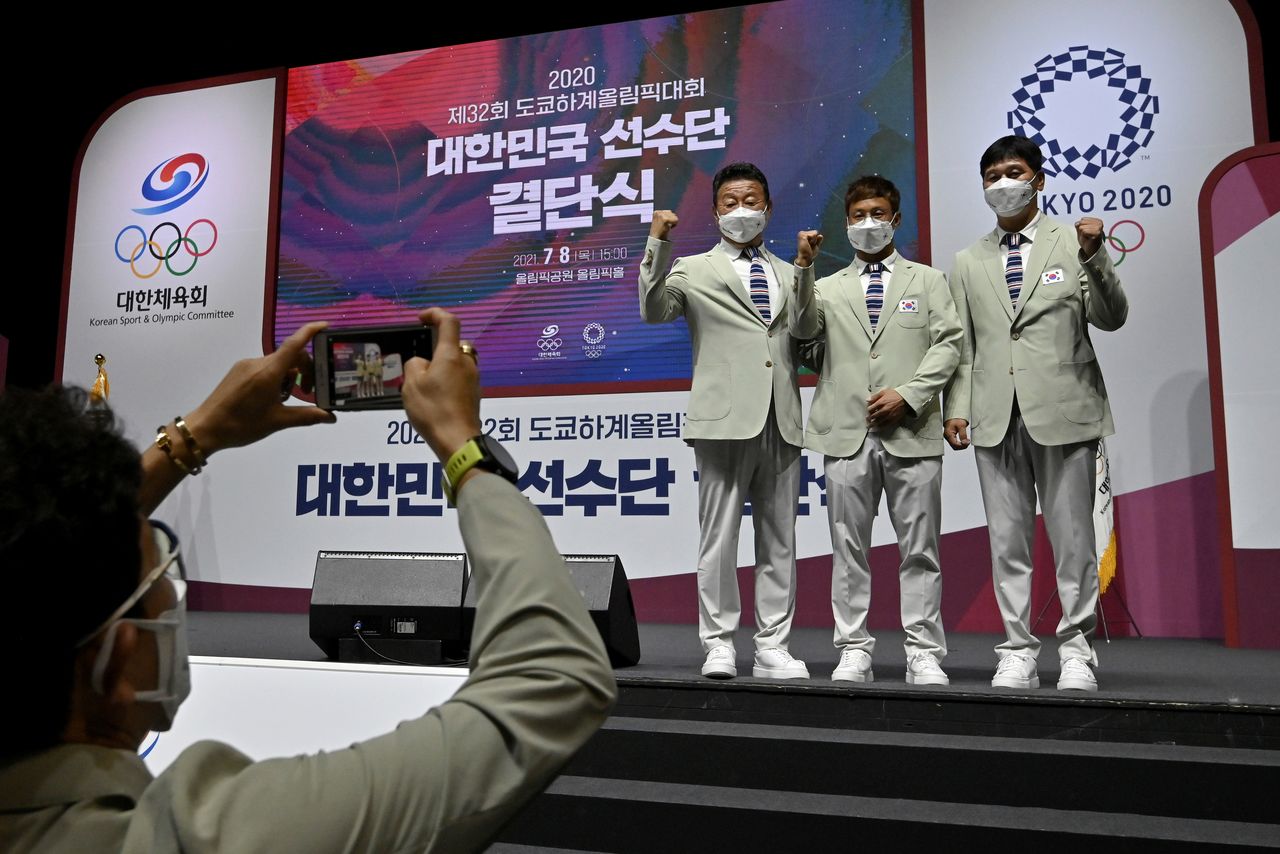 FILE PHOTO: South Korean athletes pose for a photograph during an inaugural ceremony ahead of the departure of South Korea’s Tokyo 2020 Olympic Games delegation for Japan, in Seoul, South Korea July 8, 2021. Jung Yeon-je/Pool via REUTERS