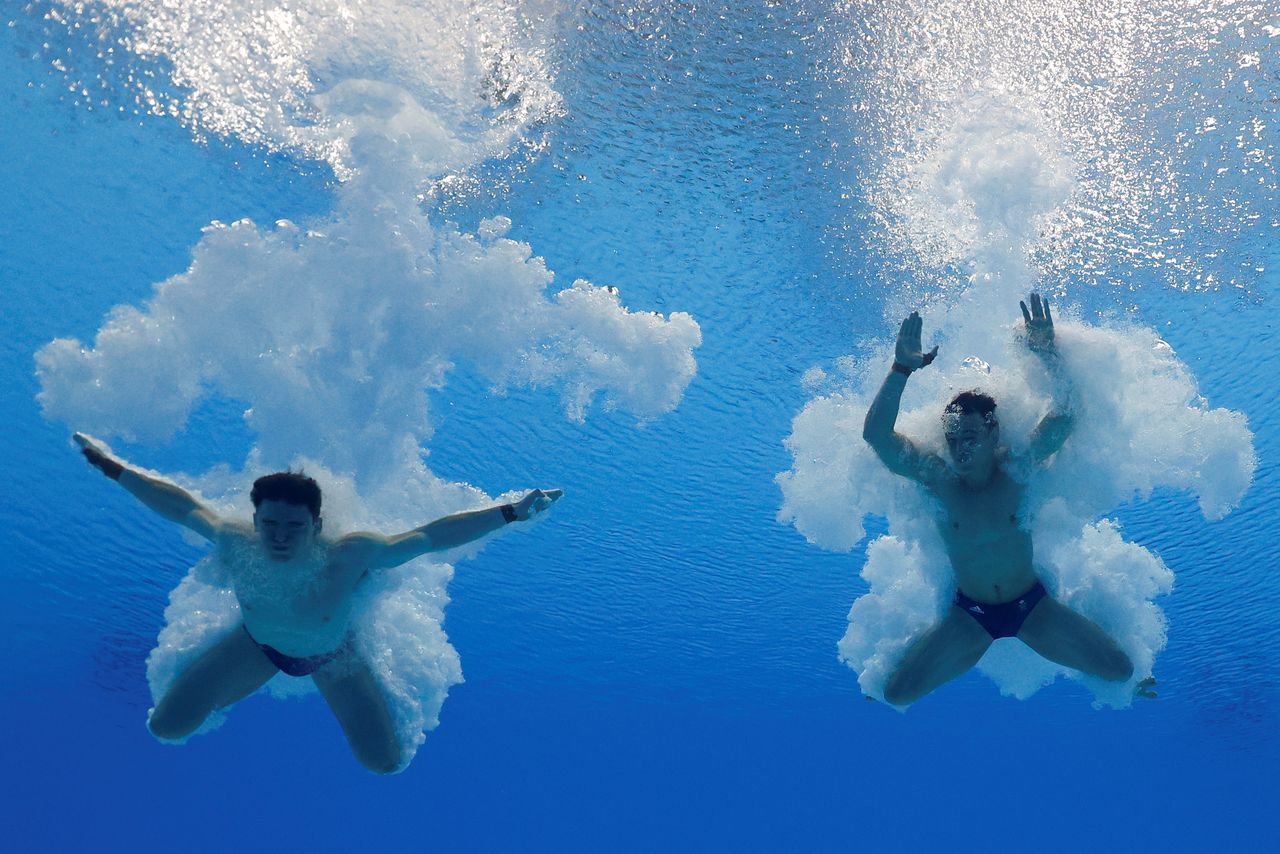 TOKYO (Reuters) - Ever-increasing LGBTQ representation at the Olympics has the potential to change lives, newly minted gold medallist Tom Daley said on Monday, after saying he grew up feeling like “an outsider.”

When the 14-year-old Briton made his Olympic debut in 2008, fewer than 20 of his fellow competitors openly identified as lesbian, gay, bisexual, transgender or queer. At the 2020 Olympics, that number has grown to more than 160.

After picking up his first-ever Olympic gold, with a stunning upset over China in the men’s 10 metre synchronised platform dive with team mate Matty Lee, the 27-year-old said he and other LGBTQ athletes could improve the lives of kids who feel “frightened and scared and alone.”

“When I was a little boy and felt like an outsider and felt different and felt like I was never going to be anything because who I was wasn’t what society wanted me to be, and to be able to see out LGBT people performing at the Olympic Games is – I hope (it) can give young kids hope,” he told reporters.

Daley, who picked up bronze medals at the London and Rio Games, married Academy Award-winning screenwriter and director Dustin Lance Black in 2017 and welcomed a child in 2018, which he called “the massive turning point” of his career as an athlete.

“I realized that whether I do really well or whether I do terribly in the pool, that I can go home to a husband and son that loves me,” said Daley.