Olympics-Swimming-Same gold but priorities have changed for Peaty 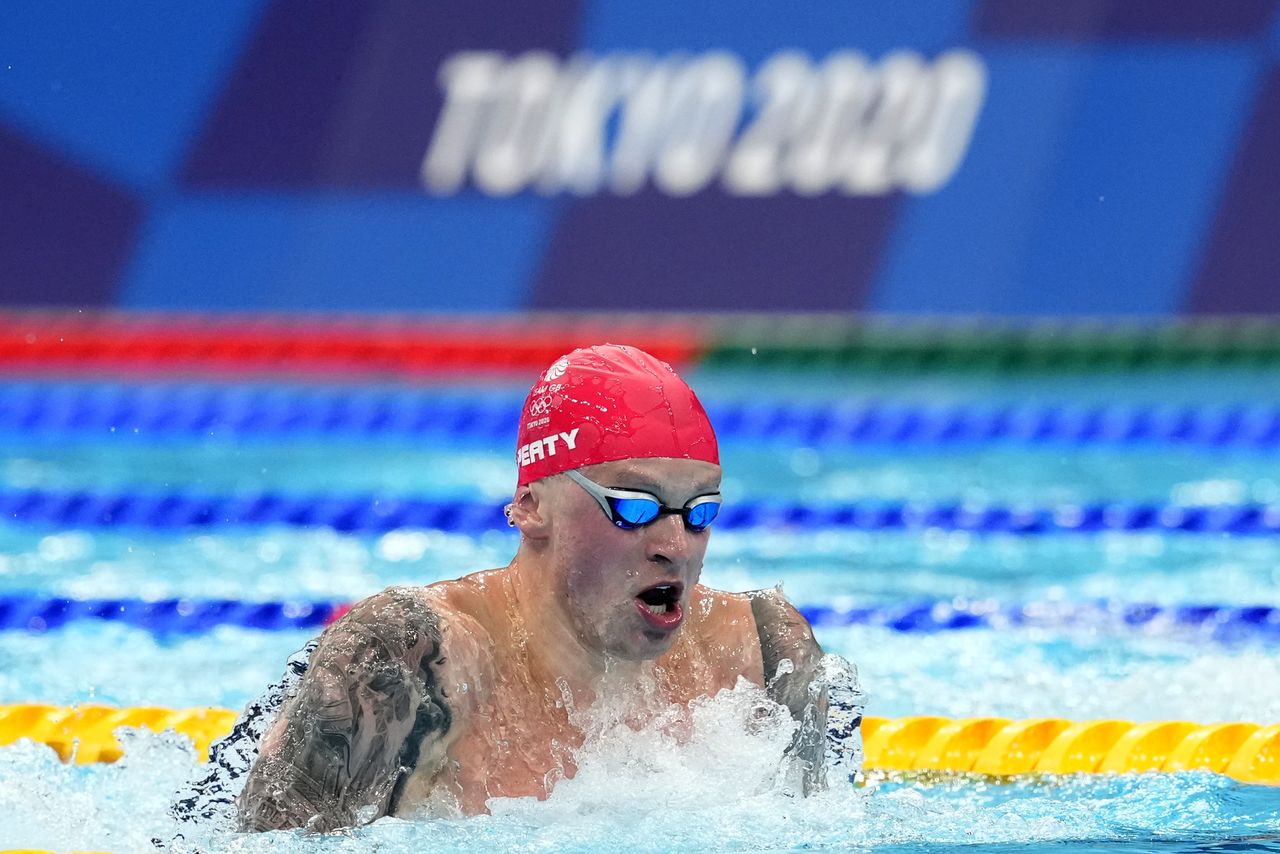 TOKYO (Reuters) - Adam Peaty spoke of parenthood and priorities after defending his 100m breaststroke title at the Tokyo Olympics on Monday and said the long, dark days of preparing under a pandemic had taken a toll.

The 26-year-old Briton said his son George-Anderson, born last September, had provided motivation to continue when the going got tough.

“These last 18 months, every single day has almost been in the dark. COVID has taken a lot of fun out of things...it’s 99.9% spent in the dark searching for a bit of light. But the 0.01% was that performance there,” he told reporters.

The first Briton to defend an Olympic swimming title compared himself to a man working hard for five years to gain a promotion -- and then having 57 seconds to show what he could do.

There were moments when he wondered why he did it, training three times a day for years on end.

Swimming without the noise of a crowd, for a showman who described himself as “born for the arena”, proved another challenge.

The 2024 Paris Games remain a target, but he said fatherhood had changed his priorities and sport was no longer the “absolute everything”.

“Such a big decision is a family decision now, it’s not just me being a selfish athlete,” he added when asked how long he planned to go on.

“We’ll have that conversation when we’re home. We’re targeting Paris anyway but anything after that is kind of a bonus really.”

Peaty is in a league of his own, the only person to have swum the 100 in under 57 seconds, but the pressure is growing with Dutch rival Arno Kamminga, silver medallist on Monday, also breaking the 58-second barrier this year.

Peaty said that made him more motivated but he would also need to recharge and save energy.

He said that would probably mean giving the professional International Swimming League (ISL) a miss this year in order to spend more time at home.

(Reporting by Alan Baldwin in London, editing by Ed Osmond)