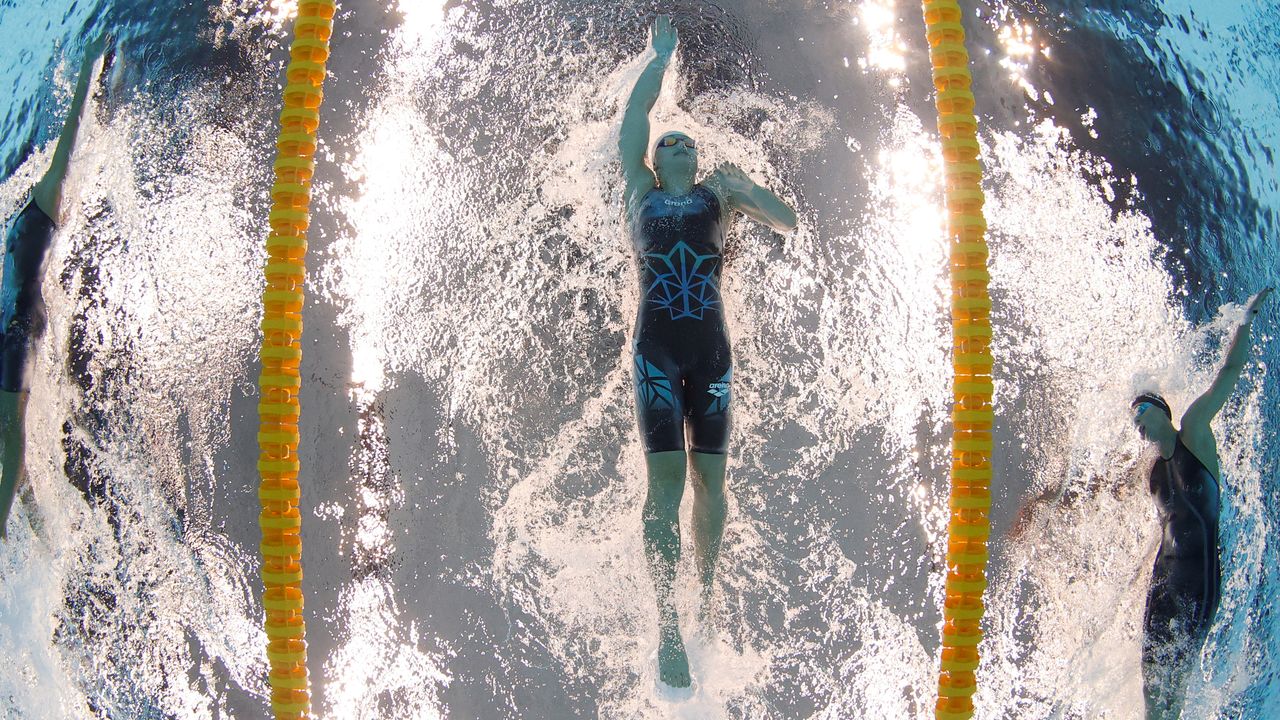 TOKYO (Reuters) - One of Hong Kong’s top medal hopes, 23-year-old Siobhan Haughey, is making waves among the top female swimmers with a solid performance in the 200m freestyle heats on Monday, earning her a place in the semi-finals in a hotly contested field.

Haughey, who was born and grew up in the Chinese special administrative region of Hong Kong, has been improving since her debut at the Rio Games in 2016 and entered the 200m freestyle with one of the top three times this year for the event.

“My goal for tonight was to just make it through to the semi-final. I was in a good position because I didn’t have to go all out to make it. That was my goal and I did it,” she said.

Hong Kong’s best swimmer in history is likely to be a top contender in the semis on Tuesday and finals on Wednesday as she goes head to head with the likes of Australia’s Ariarne Titmus, America’s Katie Ledecky and Federica Pellegrini of Italy.

Hong Kong has never won a swimming medal at the Olympics and the public is eyeing Haughey as one of their best chances.

“What’s important is to go back and recover and really be on top of my game for tomorrow,” she added.

Haughey is also racing the 100m freestyle and 50m freestyle events along with the relay, setting her up for a busy schedule in Tokyo.

She had been training at the University of Michigan in the United States until the COVID-19 pandemic forced pools to close and prompted her to return to Hong Kong in June 2020 to train at the city’s Sports Institute. Haughey’s coach at the university, Rick Bishop, continued to send her workouts every morning.

Since the 2019 World Championships when Haughey just missed the podium for the 200m freestyle, she has stormed races organised by the International Swimming League.

Being part of the Energy Standard team has also helped Haughey boost her confidence.

“Last year I wasn’t even sure this (Olympics) would be happening,” she said.

“That this is actually happening, it gave me something to look forward to and I’m just so thankful and feel so grateful... I get to race the best in the world again and it’s a great experience so far.”

(Reporting by Farah Master in Hong Kong and Martin Petty in Tokyo; Editing by Christian Radnedge)