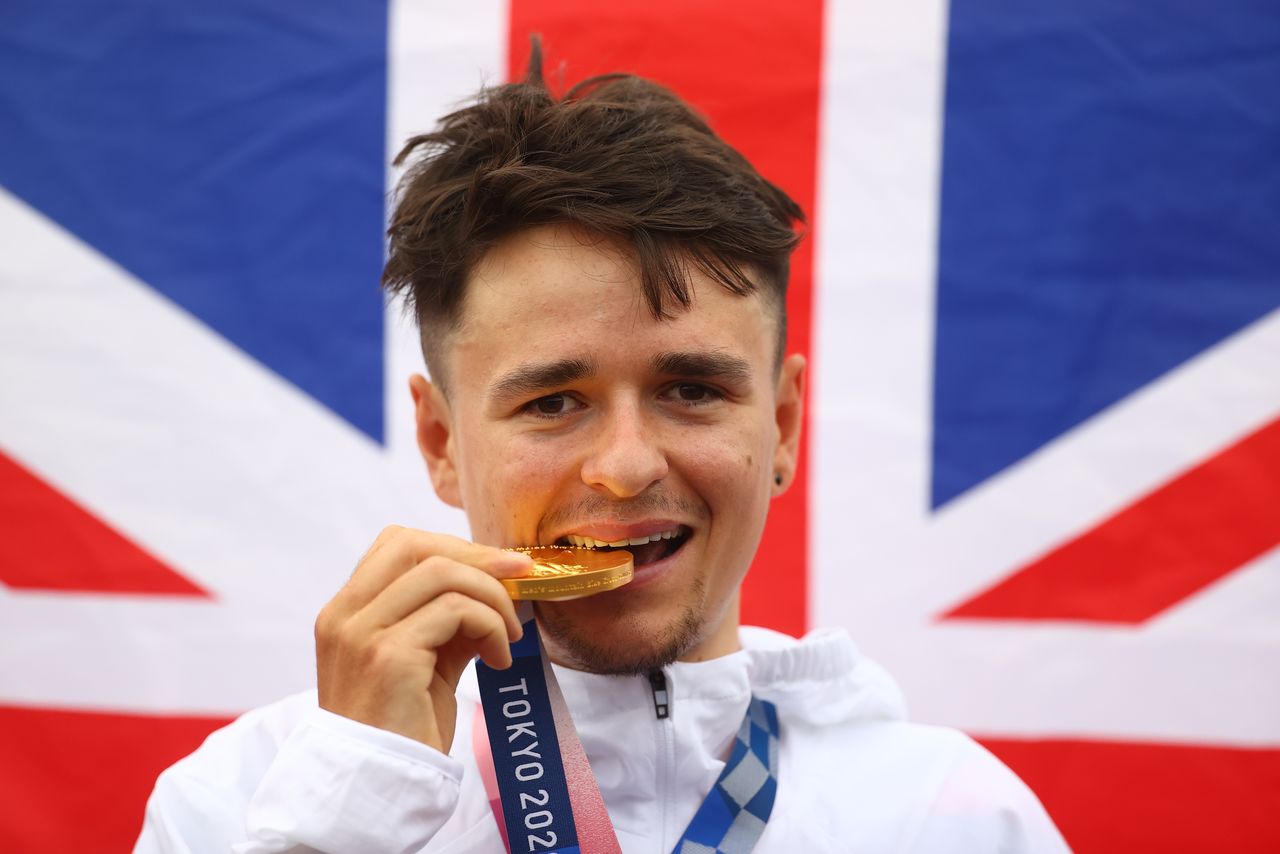 IZU, Japan (Reuters) - Plenty of concerned parents can empathise with newly-crowned Olympic champion Tom Pidcock’s mum, Sonia, who says keeping tabs on her 21-year-old son in Japan is proving to be trickier than ever.

With overseas fans banned for the Tokyo Games, Sonia joked she has been relying on television updates to catch a glimpse of her son in action, hoping for an interview in which he opens up a bit.

“Being a son he’s not that communicative, we don’t get that many words,” she told BBC Radio.

“We like to see him interviewed on telly so we can catch up with what he’s doing, and how he’s feeling!”

There’s no shortage of cycling pedigree in the Pidcock family, with Tom’s father Giles representing Britain in the 1980 Olympic road race in Moscow and younger brother Joe joining Groupama-FDJ’s development team this year.

Sonia, a physiotherapist, has paused her career to focus on supporting her two children as they chase lofty goals on their bikes.

After being crowned the youngest ever Olympic mountain bike champion, an emotional Tom did not forget to send a special message to his biggest fans.

“I know that my mum and girlfriend are crying at home,” he said. “It’s sad that they can’t be here but I see them when I get home.”

(Reporting by Hardik Vyas in Bengaluru, editing by Ed Osmond)