By Huw Jones and Simon Jessop

LONDON (Reuters) - Organisations that rate companies on environmental, social and governance (ESG) issues are now themselves facing scrutiny, as regulators look to improve consistency and transparency in an industry that influences trillions of dollars of investments.

The International Organization of Securities Commissions (IOSCO), which groups market regulators from the United States, Europe and Asia, recommended in a consultation paper on Monday that its members consider formally regulating an industry that has so far largely been left to its own devices.

This lack of regulation has prompted concerns among some investors, who say methods of calculating ESG ratings are opaque, and environmentalists, who fear "greenwashing" - or that companies might sometimes get an ESG rating they don't deserve.

The ESG ratings industry draws its roots from anti-apartheid activists in the late 1980s and early 1990s who wanted investments that had no links to South Africa.

But growth has taken off in recent years as climate change and issues such as diversity have become a bigger focus for investors, fuelling consolidation in a sector led by global players including MSCI and Morningstar's Sustainalytics.

Further embedding the ESG ratings process at the heart of the financial system, countries and regions including the European Union are pushing companies to disclose more data and for investment firms to do more to explain how they use it.

"It's becoming an absolutely core element of everything that we are doing, therefore the fact that it is regulated, for us, totally makes sense," said Jean-Jacques Barberis, executive board member of asset manager Amundi.

Sustainable assets made up $35.3 trillion, or more than a third of all professionally managed assets in five of the world's biggest markets, a recent report from the Global Sustainable Investment Alliance showed.

MSCI and Sustainalytics had no immediate comment on IOSCO's proposals.

Some draw parallels to credit rating agencies (CRAs), left largely unregulated until the global financial crisis just over a decade ago. But asset managers and raters themselves caution about using the same regulatory template for ESG raters, an area they say is harder to get precise answers.

Unlike CRAs, which get paid by the companies they are rating, ESG raters are paid by the fund managers who use their analysis, meaning there is less conflict of interest. The information ESG raters base their ratings on is also publicly available, unlike credit ratings.

And while credit ratings look at the relatively narrow issue of corporate default risk, ESG ratings assess a much wider array of subjects, from board diversity to carbon emissions and a company's policy on bribery.

Some users of ESG ratings, like asset managers, say the sector is not clear enough about how that works, making it impossible to replicate how a particular rating is arrived at.

Ratings on the same company can differ widely between raters, unlike the close correlation in ratings from CRAs.

A study from the OECD in late 2020 cited a number of reasons for the low correlation between ESG ratings providers, including the use of different frameworks, key indicators and metrics, relative weightings as well as qualitative judgement.

This leaves many asset managers having to subscribe to a range of ESG raters, and those with deep pockets often go a step further by doing extra work on bought-in ratings to reassure themselves.

"We don't rely on ESG ratings from the major providers as a blind tool," said Andy Howard, global head of sustainable investment at asset manager Schroders.

"This is probably one of the most important but least well developed areas in terms of analysis within finance," Howard said, adding regulators should focus on improving transparency and objectivity in how the ratings are constructed.

"One of the challenges here, is a tendency to use ESG ratings without really thinking about precisely what it is you're trying to measure and whether that particular rating system is an appropriate way of measuring that thing, or not."

Amundi's Barberis said he wanted to see more correlation on climate-related aspects given they can be measured more precisely than social factors.

"If I had one priority where I think we need a full absolute harmonisation of indicators, criteria, and therefore, the associated subcomponents of the rating, it's on climate."

Faced with patchy disclosures, world leaders have backed creating a new International Sustainability Standards Board later this year which is expected to publish its first batch of corporate climate disclosures next year.

IOSCO said the ESG ratings sector was "fluid" in terms of where it was heading, making regulating it trickier.

"If corporates provide more information on that front, certainly there is a possibility that the role of ESG ratings and data products providers could decrease," said IOSCO member Satoshi Ikeda of Japan's Financial Services Agency.

"While we are very much at the crossroads ... we are in a sense cautious about being definitive in designing the course of action regulators should take. We set out those recommendations in ways that accommodate the possible pathways that could evolve in a few years' time," Ikeda told reporters. 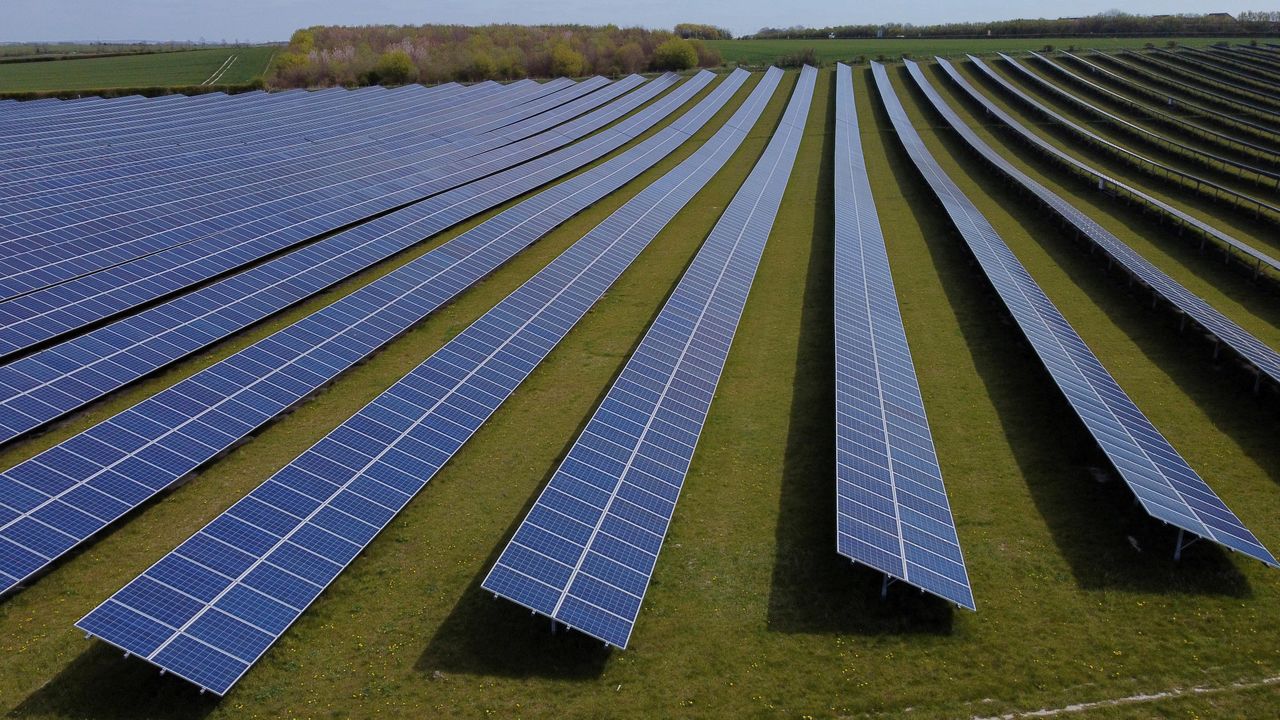 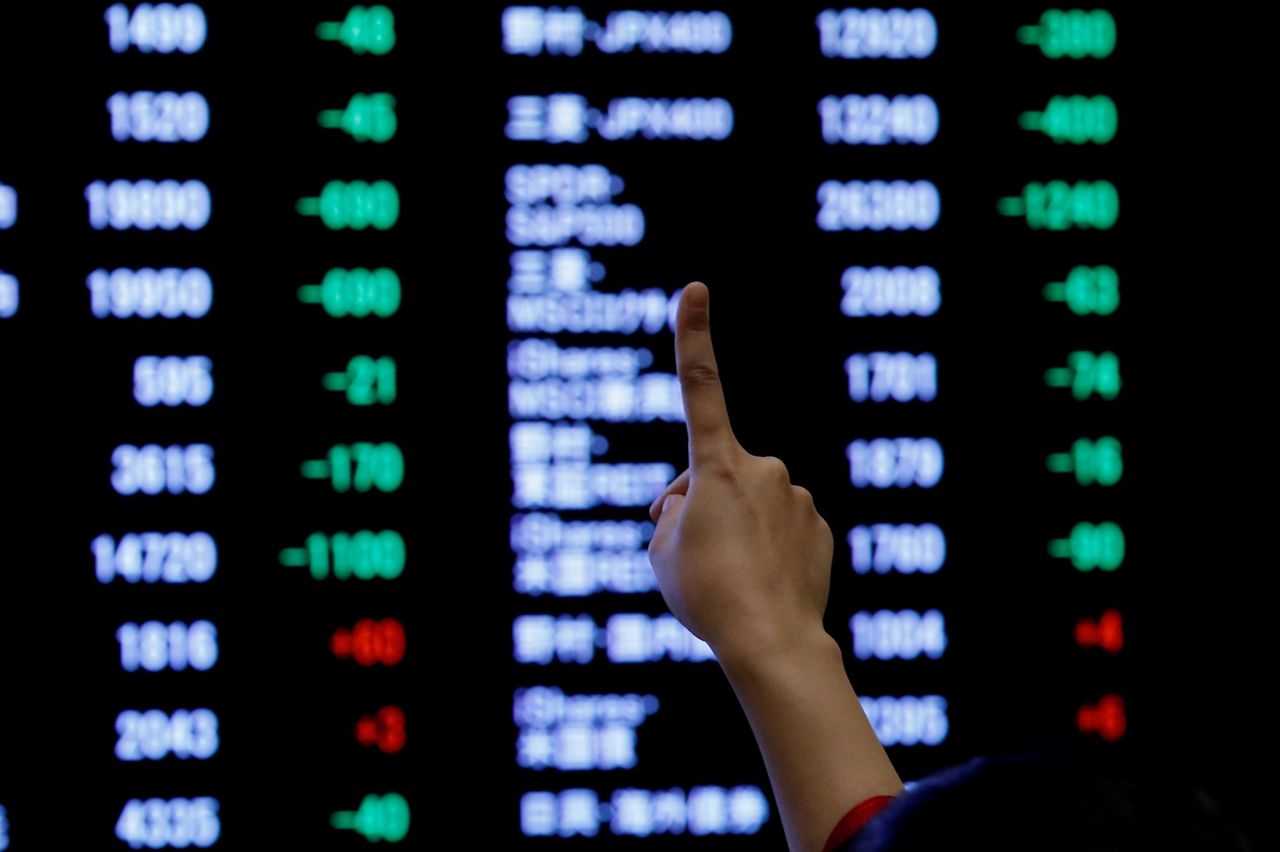 FILE PHOTO: A woman points to an electronic board showing stock prices as she poses in front of the board after the New Year opening ceremony at the Tokyo Stock Exchange (TSE), held to wish for the success of Japan's stock market, in Tokyo, Japan, January 4, 2019. REUTERS/Kim Kyung-Hoon/File Photo