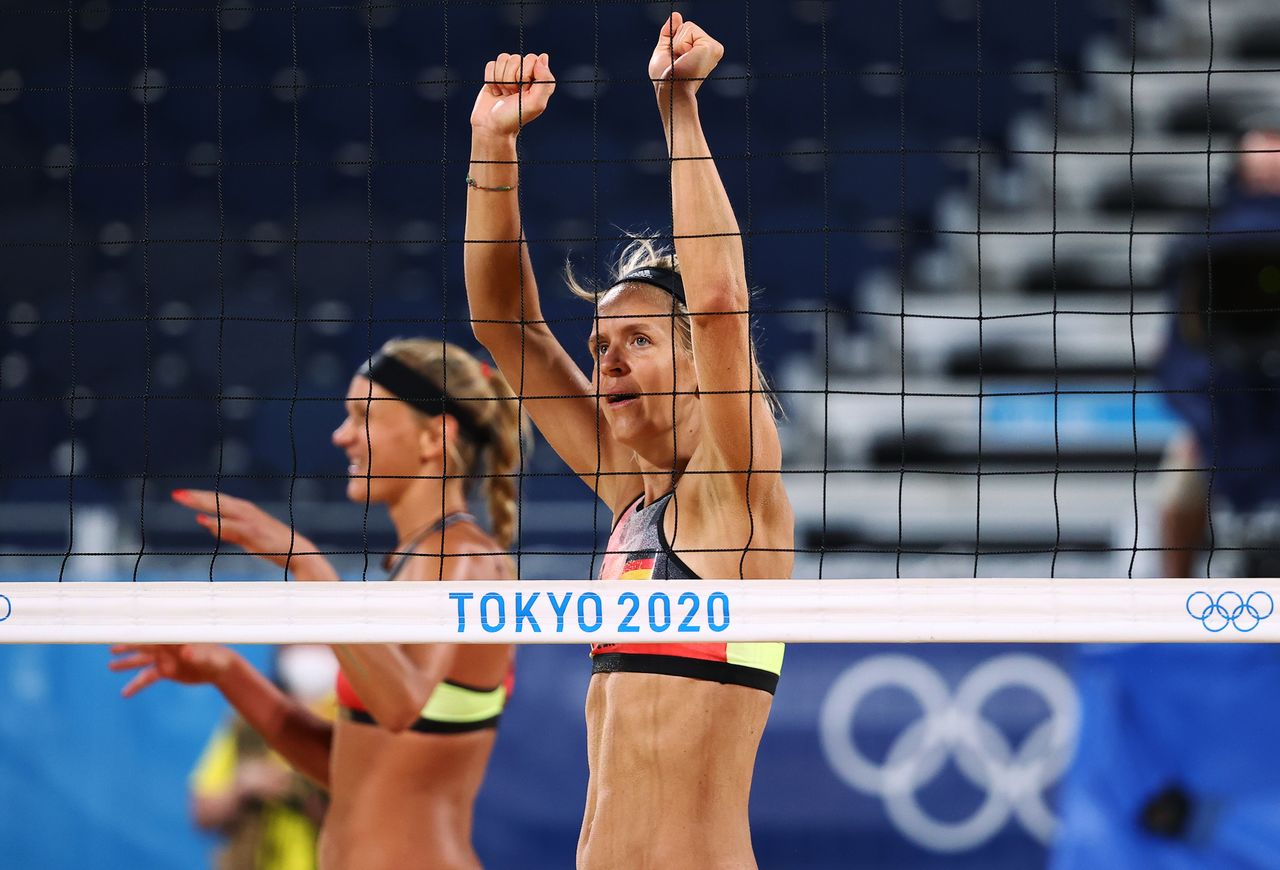 Having lost to Switzerland, the German duo trailed in both sets to Japan’s Miki Ishii and Megumi Murakami before mounting comebacks to win 21-17 22-20.

Ludwig, 35, scored 14 points from attacks, fired four aces and made 13 successful digs - nearly as many as the Japanese pair combined - while the 1.88 metres (6 foot, 2 inch) tall Kozuch made two blocks to secure second place in Pool F.

“Right now, actually it’s a relief, that we also won and that we are second in our pool,” Ludwig said.

“We knew that the Japanese can definitely play, they’re very skillful and they serve really good. But this was also their first game on the centre court, so I guess they were nervous.”

“Our pool is really solid. We’ve got three, four very strong teams in our pool. So at this level of volleyball, it’s going to come down to a couple points here and there,” Pavan said.

“So our goal is always to be really solid with our side-outs and our serving, and take advantage of those defensive chances when we can.”

There was disappointment for the Czechs when two matches were awarded to Switzerland and Latvia, respectively, after Marketa Nausch-Slukova and Ondrej Perusic tested positive for COVID-19 last week and were forced to withdraw.

American Sarah Sponcil admitted to having “revengeful thoughts” when she and Kelly Claes took on Latvia’s Tina Graudina and Anastasija Kravcenoka having lost to them before. They came out victors in a thrilling three-setter, 21-13 16-21 15-11.

“It was really exciting, a little bit nerve-wracking going into that first set, but it was really back and forth. We have similar playing styles and they’re beating us on defence and it came down to that third set,” Sponcil said.

“We did a good job just sticking (to) one point at a time and being really present and it came down to some really good blocks by Kel, and I couldn’t be more proud of her,” Sponcil added.

(Reporting by Rohith Nair in Bengaluru; Editing by Bill Berkrot)