TOKYO (Reuters) - Artur Dalaloyan was hailed as a hero by his teammates on Monday for competing through the discomfort of a recent surgery on his severed Achilles heel to help the Russian Olympic Committee to its first gold in the men’s team event in 25 years.

The 25-year-old tore his Achilles in training before the European Championships and had surgery in April. He recovered partially and was named to the Russian men’s Olympic team, but it was unclear whether he would be able to compete on all apparatus.

In the days before the Games, coach Valery Alfosov said Dalaloyan would not compete on the floor and vault to spare his leg. But the 2018 all-around champion fought through soreness and the trauma of his recent injury to reach the all-around finals after a miraculous performance in qualifying.

Dalaloyan repeated his exploit in the team event, helping the Russian Olympic Committee to gold ahead of Japan and China for the first time in 25 years.

“He is a hero,” said Nikita Nagornyy, the 2019 world champion, prompting Dalaloyan to reply that Nagornyy, who pulled off an incredible floor performance to secure victory for his team by just 0.103 of a point over the host nation, was in fact himself a hero.

“We trusted him,” David Belyavsky, bronze medallist on the parallel bars in Rio, said of Dalaloyan. “He showed in qualifications and in the final that he didn’t come here for nothing.”

Dalaloyan, who wept with his teammates after Nagornyy’s result on the floor was announced, said he was flooded by emotion and relief.

“The emotions from this result by our team probably transcends all the pain that I could have felt,” he said. “I feel absolutely amazing.”

Dalaloyan said he had not been in significant pain when competing but that he continued to experience soreness.

“Three months after a surgery, things don’t really hurt anymore,” he said. “I just have some discomfort in my Achilles. I walk and I feel it. I wake up and I feel it.” 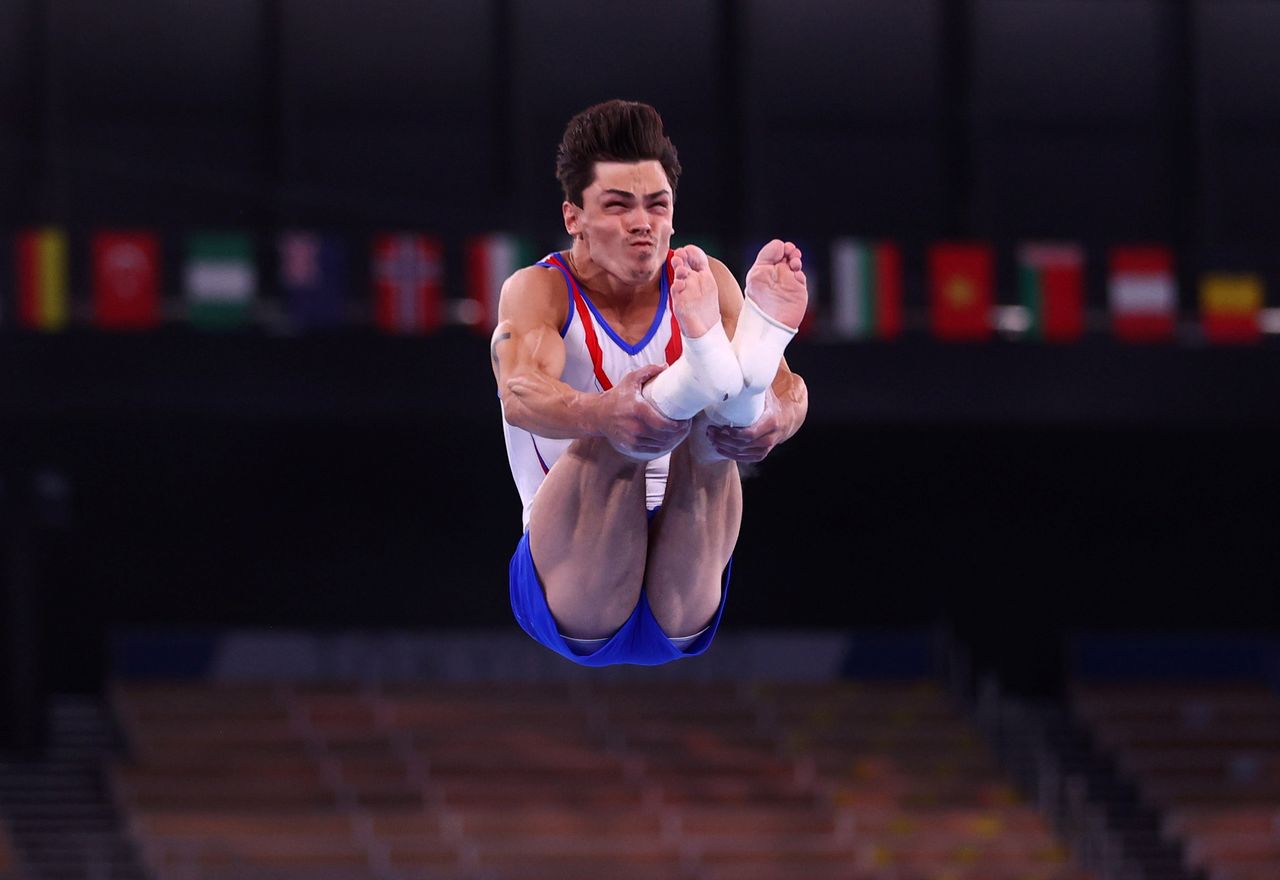 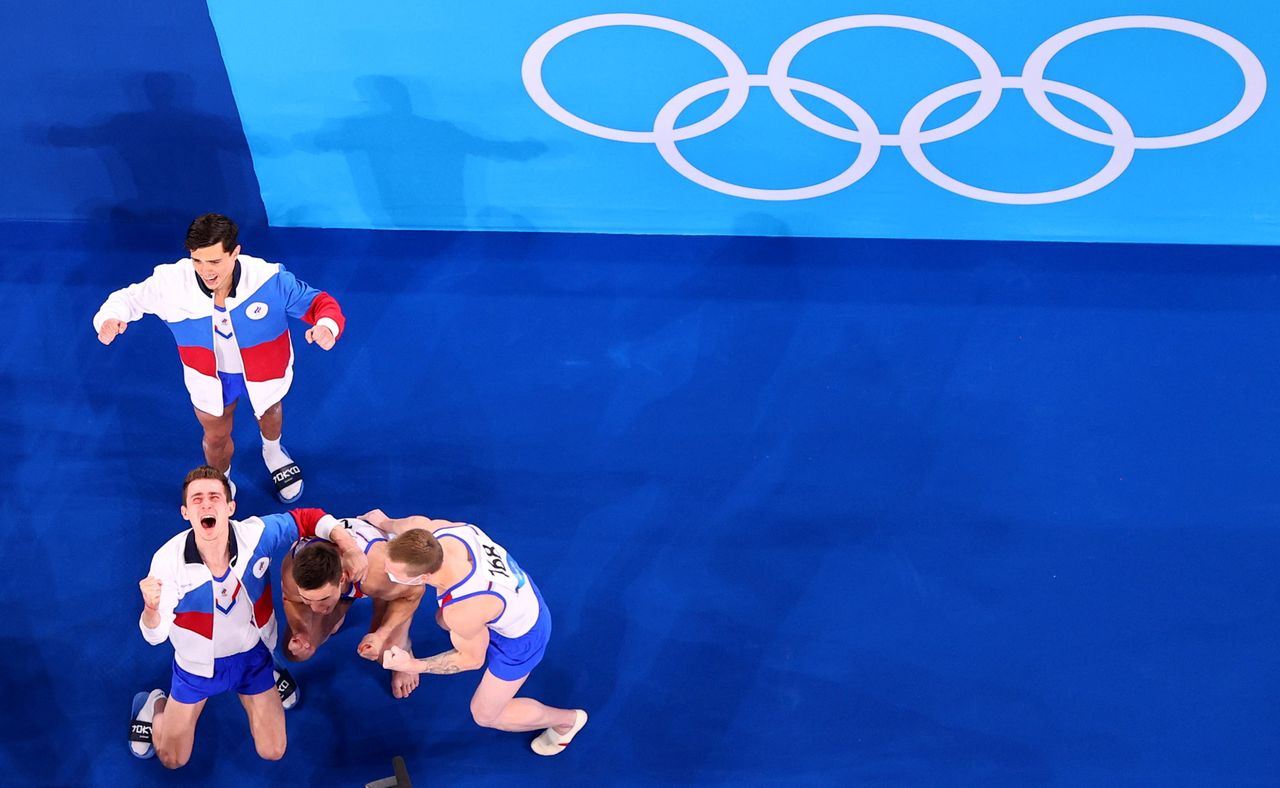