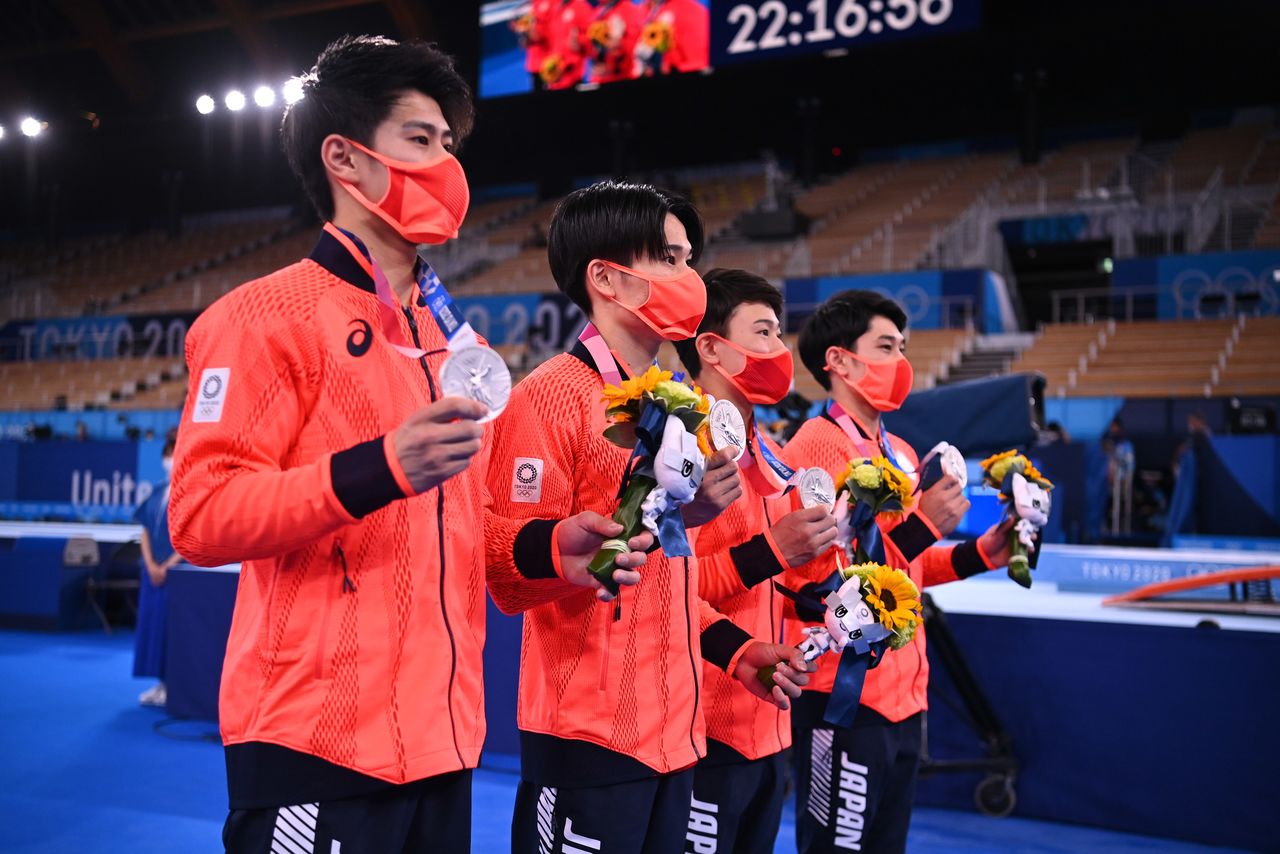 TOKYO (Reuters) - The Japanese men’s gymnastics team, all Olympic novices on a team without “King Kohei” Uchimura for the first time since 2008, lost to Russia by a whisker on Monday and said that while they regretted it, they were already turning their sights on Paris 2024.

Japan, who took gold in 2016, have won either gold or silver in the team competition since Athens in 2004, but gymnastics watchers were unsure whether a team made up of novices would be able to hold off both Russia and a China, both out to revenge their loss in 2016.

The group got a further shock on Saturday when Uchimura, a two-time Olympic champion in the individual all-around, fell from the horizontal bar, ending his storied Olympic career.

Daiki Hashimoto went last for Japan, putting in an excellent performance on the horizontal bar with a perfect landing that had his teammates jumping up and down with joy. But their joy turned to bitter disappointment when Russian Nikita Nagornyy, the last gymnast for Russia, performed on floor and lifted Russia to 262.500 to Japan’s 262.397 - a difference of only 0.103.

“We were going for gold but ended up with silver, and we have to accept that,” Kazuma Kaya told reporters.

“We missed by only 0.1 point, which seems wide. We could have gotten gold but depending on fate, we could also have gotten bronze. We need to remember this feeling of regret and keep on working towards Paris.”

The team’s hopes were pinned on Hashimoto, whose first training club was in a building with a gym so small they had to run through its front door to get enough length to do a vault.

On Monday, they performed in a largely empty arena with spectators banned due to coronavirus prevention measures, although Hashimoto said he knew he was being cheered on from around Japan.

“We didn’t know right until the end, and I personally thought we might have just lost by the tiniest bit. But I realized that everybody in Japan was watching us, so I didn’t care so much at that moment about what colour medal it was.”