The 26-year-old, who wore the yellow jersey for six days at the Tour de France before heading to Japan, flew over his handlebars after going over a boulder on the first lap.

“Mathieu was examined afterwards, but a CT scan and an X-ray showed no fractures. Van der Poel is in the riders’ hotel and has eaten with the team. He moves a bit stiff,” said national coach Gerben de Knegt in a statement.

Van der Poel was regarded as one of the big favourites for gold and looked distraught after retiring on lap five having gamely battled on around the rugged course.

His crash, in which he seemed to slow down too much to ‘fly’ off the boulder, saw him plummet forward and land painfully in the dust. It took him over a minute to continue.

“In the beginning I felt I could still do something, but after a few laps the pain got too bad,” Van der Poel said.

“It was not the day I hoped for, I can’t say at the moment when I will go again to races.”

De Knegt said he took some of the blame for not making clear to Van der Poel that a ramp that had been there in training had been removed from the other side of the boulder.

“During all training sessions in the previous week, there was a plank next to that rock, but not in the race. That is normal in mountain biking,” De Knegt said.

“We knew that that plank (ramp) would be gone, this was discussed several times during the week. Mathieu indicated that he didn’t know it anyway. He likes to jump but now chose the safe way and counted on the plank.

“The only thing I can blame myself is that I did not explicitly indicate to him in advance that the plank was gone.”

It completed a miserable couple of days for the Dutch team after Sunday’s women’s road race in which Annemiek van Vleuten wrongly thought she had won after crossing the line more than a minute behind shock solo winner Anna Kiesenhofer.

The powerful Dutch quartet including 2012 and 2016 Olympic champions Marianne Vos and Anna van der Breggen made a huge miscalculation and failed to chase down the Austrian who they had apparently not realised was still out on her own. 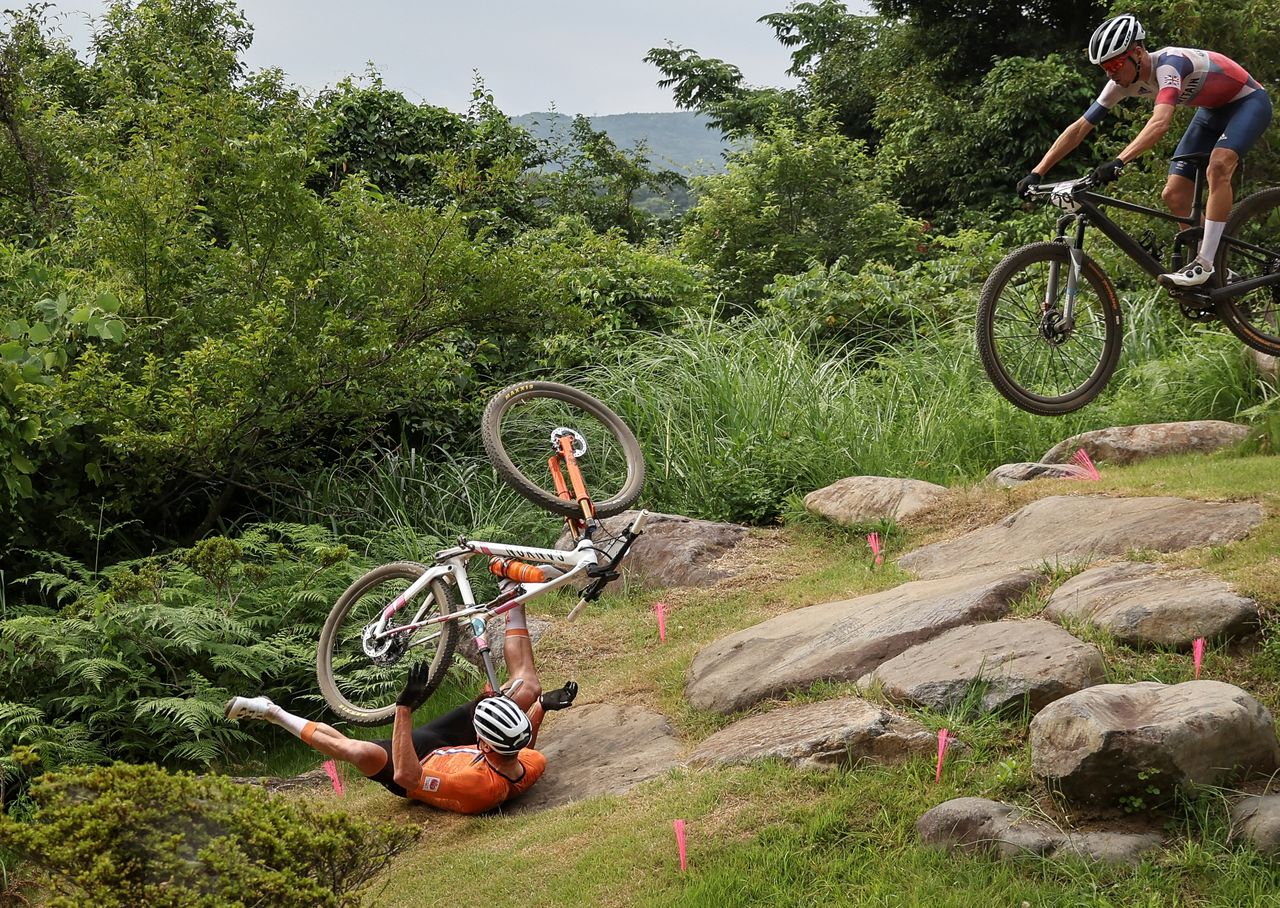 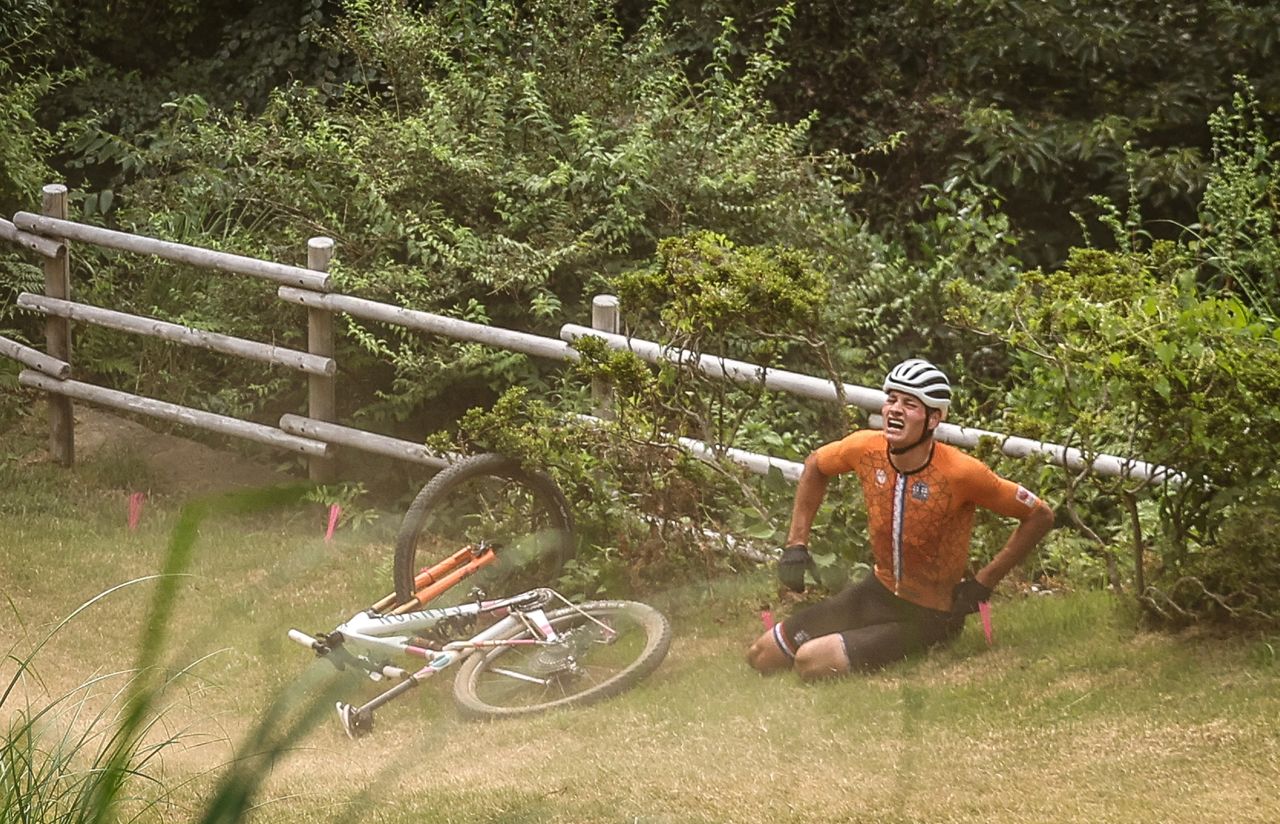