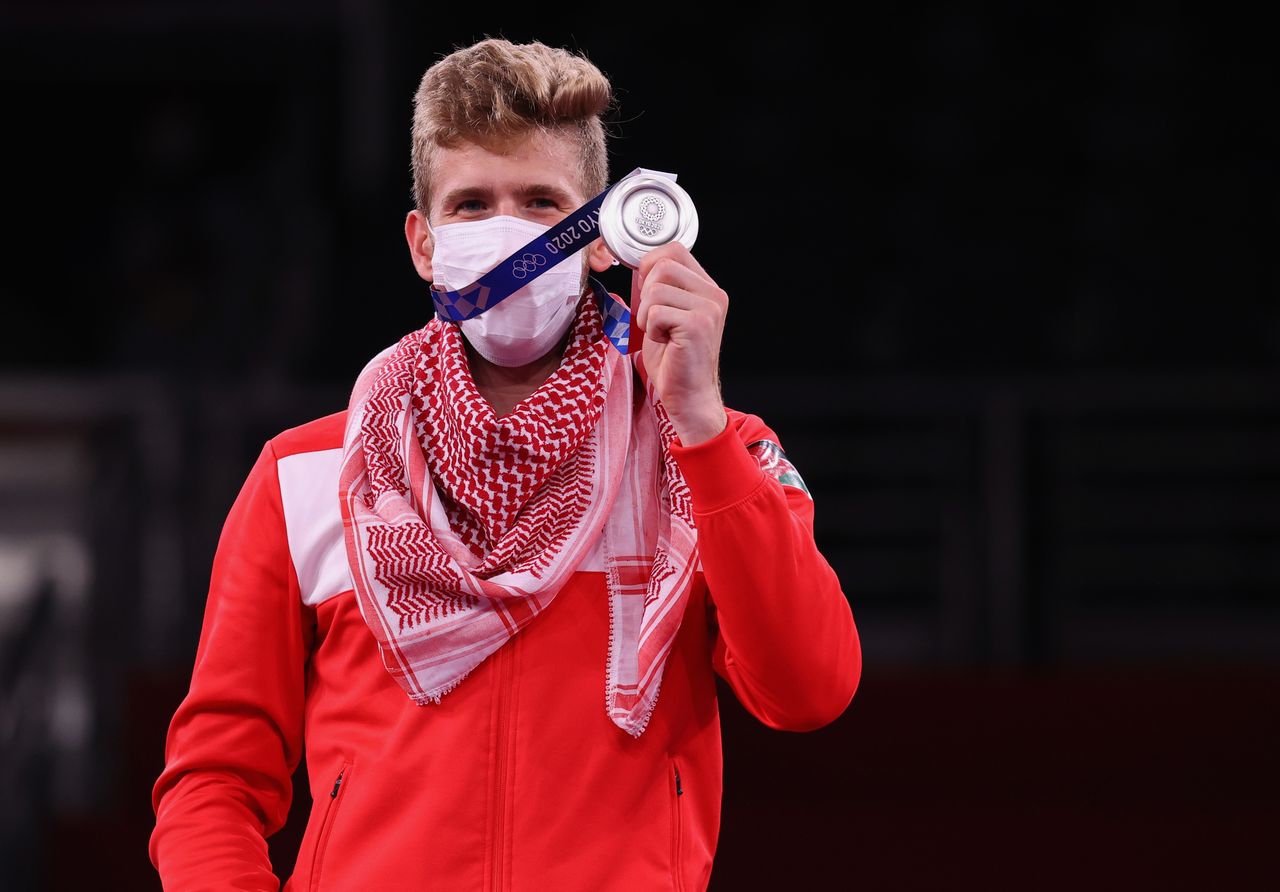 “He is so strong,” the 22-year-old said. “I’ve trained with him a lot in Jordan; we are like brothers.

“I am really happy for him and I am happy with the silver this time. In (the Paris Games in 2024) I want the gold,” he said.

Elsharabaty’s Olympic medal was only the second for his country after Ahmad Abughaush’s gold in Rio, also in the Korean combat sport.

As soon as the final buzzer sounded, the pair broke into a relaxed smile and held each other in a tight embrace. After the requisite post-match fist-bump with the opposing teams’ coaches, they returned to the mat to hug for a second time.

Top-ranked Khramtcov later said he looked into Elsharabaty’s eyes moments before the match ended, concluded that his friend was tired and thought to himself “a silver was okay for him.”

It was an especially emotional win for Khramtcov, whose mother died six months ago.

“I never thought of giving up,” he said when asked how he coped with the loss.

“My mother wanted to see a gold medal in my hands so I had to come to get it. Now I have it round my neck for her.”