Olympics-Swimming-Efimova hits out at morning finals in ‘unfair’ Games 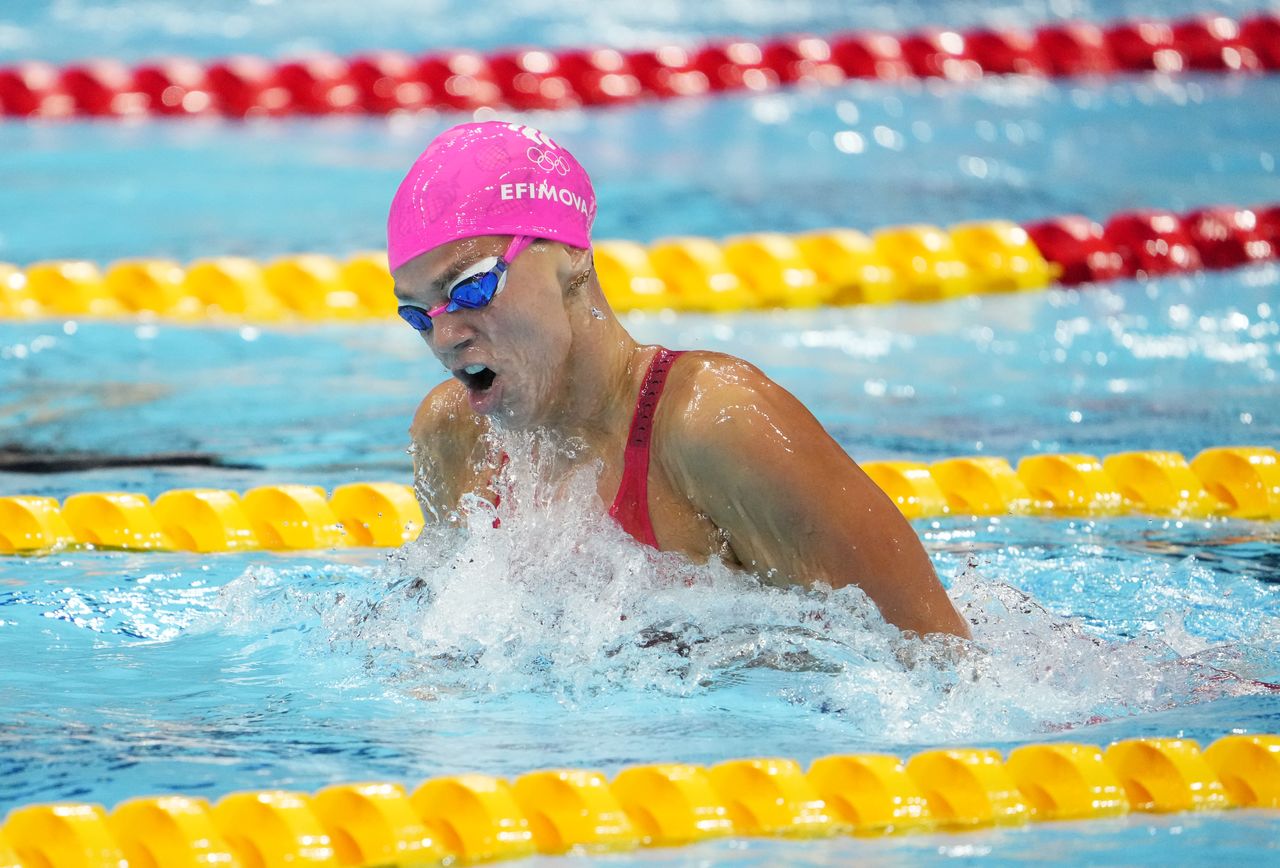 TOKYO (Reuters) - Russian swimmer Yulia Efimova on Monday branded the Tokyo Olympics unfair due to the number of athletes ruled out of the Games and criticised organisers for scheduling morning finals to meet the demands of U.S. prime time television.

Now appearing in her fourth Olympics, Efimova cut a controversial figure at the 2016 Rio Games after being called a drugs cheat by American rival Lilly King, the eventual 100 metres breaststroke gold medallist.

The Russian, who was disqualified for 16 months from October 2013 to February 2015 after testing positive for an anabolic steroid https://www.reuters.com/article/swimming-russia-doping-efimova-idINKBN0DT0LD20140513, won the silver medal.

The pair will race each other again in Tokyo on Tuesday in another 100m final.

“I’m upset that it’s impossible to go anywhere, many athletes are suspended from competitions. This is an unfair Olympics, when not everyone can compete,” she told the http://www.matchtv.ru website in an interview.

The 29-year-old Efimova did not spell out her reasoning but a number of athletes have been ruled out of competition after testing positive for COVID-19.

Russian athletes are also competing in Tokyo as representatives of the Russian Olympic Committee (ROC) because the country was stripped of its flag and anthem for doping offences.

“Unfortunately, in our world, money decides everything, and they don’t pay attention to the interests of athletes,” she said of the early scheduling, compared to the finals held in the late evening in Rio.

“We would have seen better results if we had the finals in the evening.

“World records would be broken. But it’s also interesting because unpredictability increases (in the morning).”

Efimova said rooms in the athletes’ village were small and criticised restrictions on movement.

“What annoys me the most is the gift shop that you can’t go to. And if you go, there’s already nothing left. I’d like to take home some souvenirs,” she said.