TOKYO (Reuters) - Stanislav Pozdnyakov, the head of Russia’s Olympic Committee, praised his daughter Sofia Pozdniakova after she added to the family legacy on Monday by claiming the gold medal in the women’s individual sabre event at the Tokyo Olympics.

Pozdnyakov, a five-time Olympic medallist in fencing who won the sabre individual event at the 1996 Atlanta Games, called the moment an important date in his family’s history.

“Today her own Olympic history began,” Pozdnyakov wrote on Instagram. “My daughter has for a long time been an independent athlete and person, but today her name will forever be inscribed in the history of sport.

“All I have left to do is just love her, be eternally proud and rejoice at her successes knowing that she accomplished this through her own work ... And I also hope that her parents’ genes gave her an impulse.”

Pozdniakova arrived at the Tokyo Games having already won the world individual title in 2018 and was part of the team that won gold at the world championships in 2019.

But winning an Olympic gold medal, one that they celebrated with an emotion-filled hug, allowed 24-year-old Pozdniakova to step out of her father’s shadow.

“When I started fencing, I wasn’t called by my name. I was called Pozdnyakov’s daughter,” said Pozdniakova. “I am of course proud to be his daughter. But we are different, we are separate people.

“At the world championships in 2018, I won the individual event. I think I showed then that I was a separate athlete. I confirmed this today. It’s great.”

Russian athletes are barred from competing at major international events, including the Olympics, with their flag and anthem until 2022. The country are competing in Tokyo under the name “ROC”, an acronym for the Russian Olympic Committee.

The ban is aimed at punishing Moscow for providing global anti-doping authorities with doctored laboratory data that could have helped identify drug cheats. 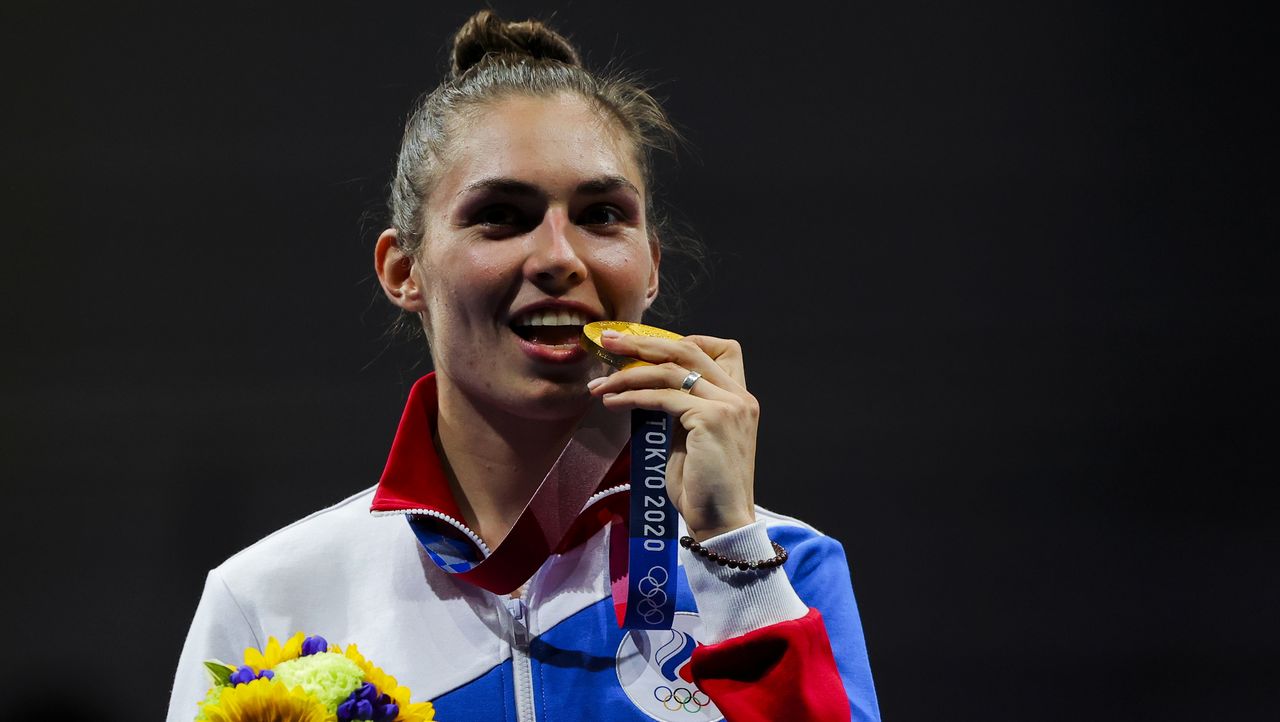 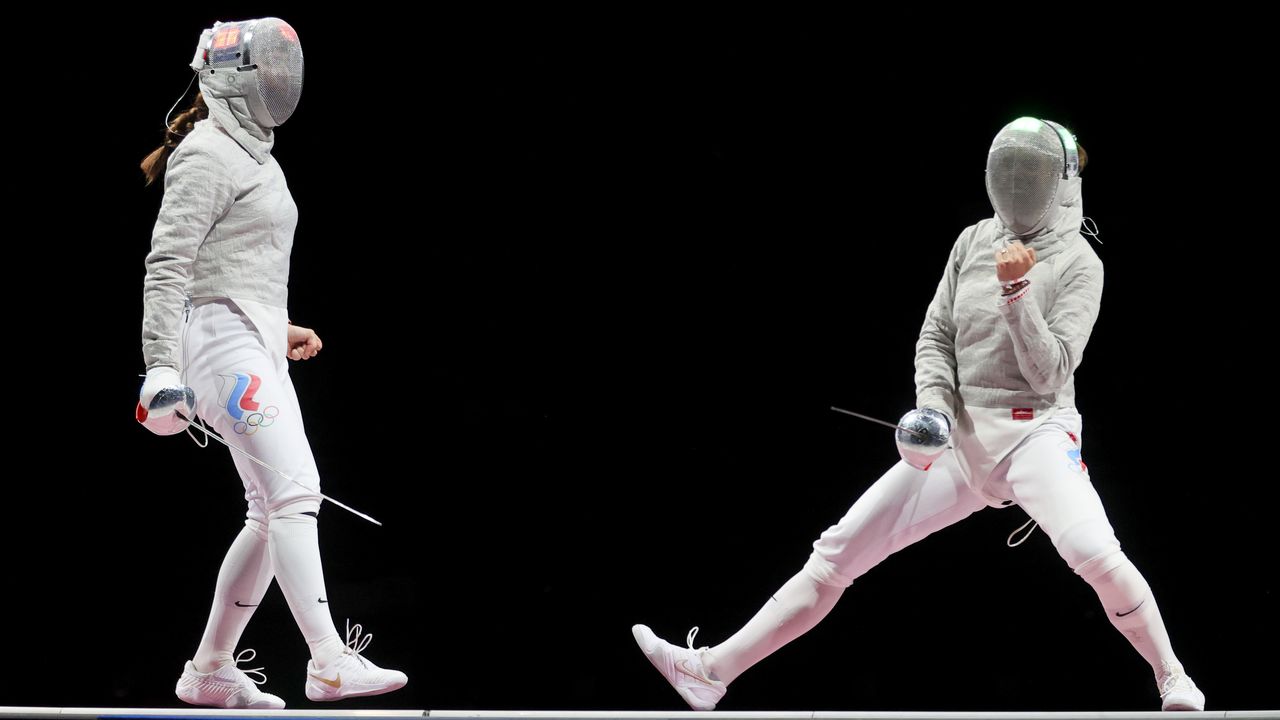