Ferreira recovered from breaking his board on the first wave to beat Japan’s Kanoa Igarashi in the final, while Moore out-classed South African outsider Briana Buitendag to secure victory in the women’s event.

Australia’s Owen Wright took the men’s bronze after a tense 35-minute battle with world number one Gabriel Medina, edging out the Brazilian by two-tenths of a point, while Japan’s Amuro Tsuzuki beat 19-year-old American Caroline Marks to claim the women’s bronze.

The final day of competition started with big, clean waves that delighted the competitors, but a strong onshore breeze picked up to make the swell choppier and more inconsistent with good waves harder to come by.

It made no difference to Ferreira and Moore as they went on the attack in pursuit of Olympic gold.

Having learned to surf on the lid of his father’s fishing bin while growing up in Brazil, the 27-year-old Ferreira popped up on any wave that looked promising, notching scores of 7.0 and 7.77 to open an early lead as Igarashi struggled on the beach where his father learned to surf.

Knowing he had done enough to win, Ferreira began surfing his way in to the shore with a minute to go, greeting the final horn with his arms raised to the heavens before being carried shoulder-high from the water by his team mates.

“I think it’s one of the best days of my life, for sure. For me that was a long day and it was a dream come true. The last couple of months I’ve been training a lot, just to live in this moment,” an emotional Italo told reporters.

Buitendag had beaten seven-times world champion Stephanie Gilmore and 19-year-old American prodigy Caroline Marks to get to the final, but Moore proved too much in waves that had size and power but were almost impossible to predict.

The 28-year-old nailed two excellent waves just past the mid-point of the heat and though Buitendag battled to the end, there was little she could do to close the gap and Moore ripped off a final victory wave before greeting the South African at the water’s edge.

“This isn’t just about this gold medal moment, it’s about surfing, using the platform to share some positivity and love, all that kind of stuff,” Moore said.

“I hope it has a positive impact. The ocean has changed my life and I can’t imagine my life without it, I’ll be surfing until I’m in the ground,” she added.

From the knee-high ripples of Sunday’s opening rounds to Tuesday’s roiling seas, it was a fitting way to crown surfing’s Olympic debut as two of its boldest competitors were rewarded with a place in the history books. 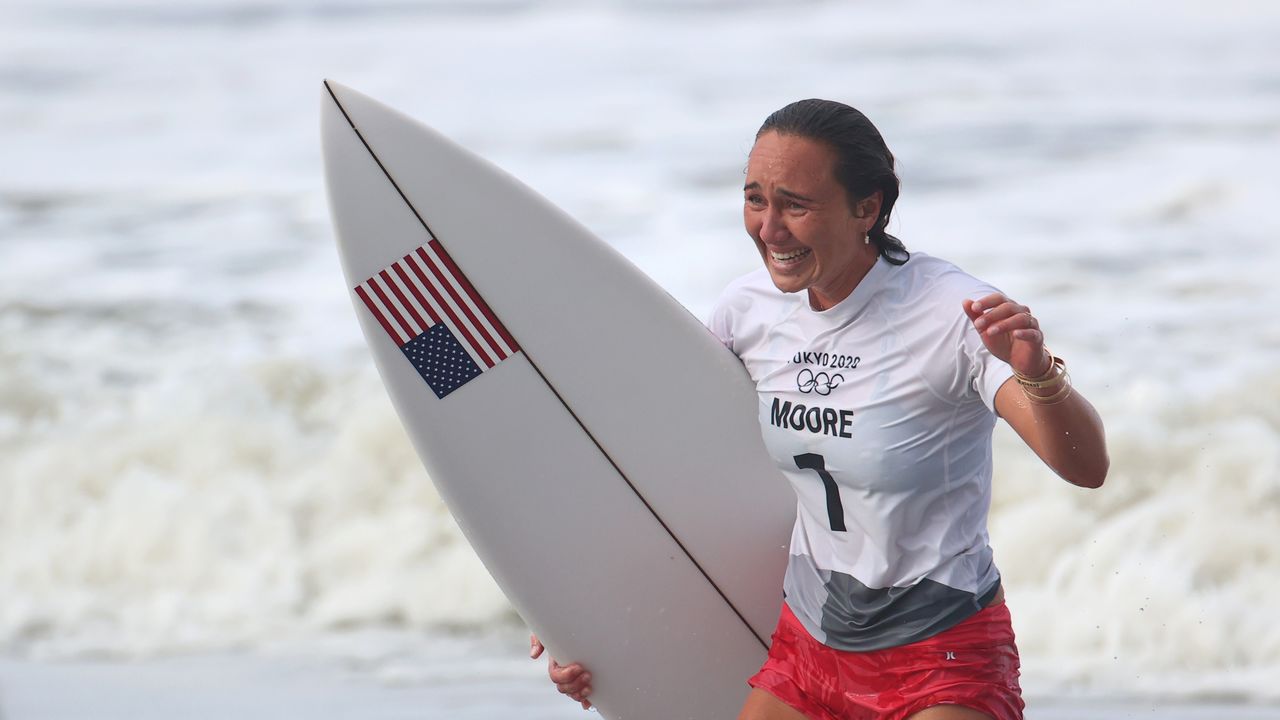 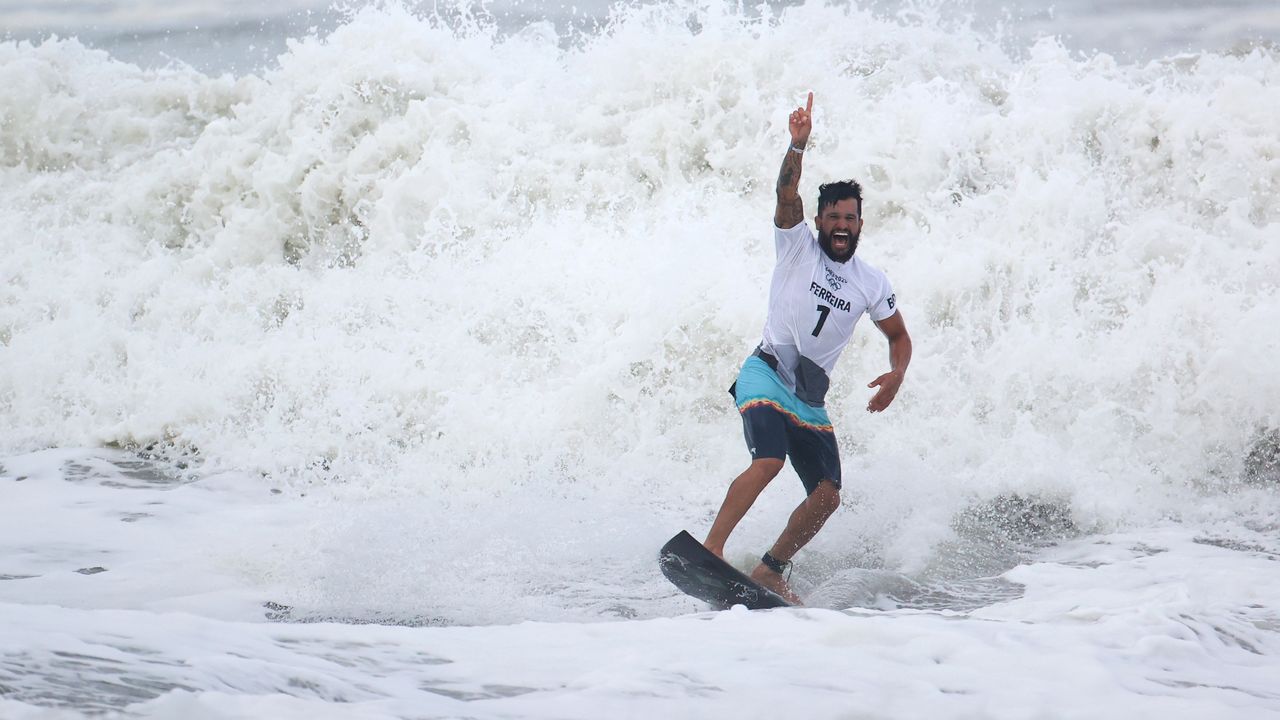 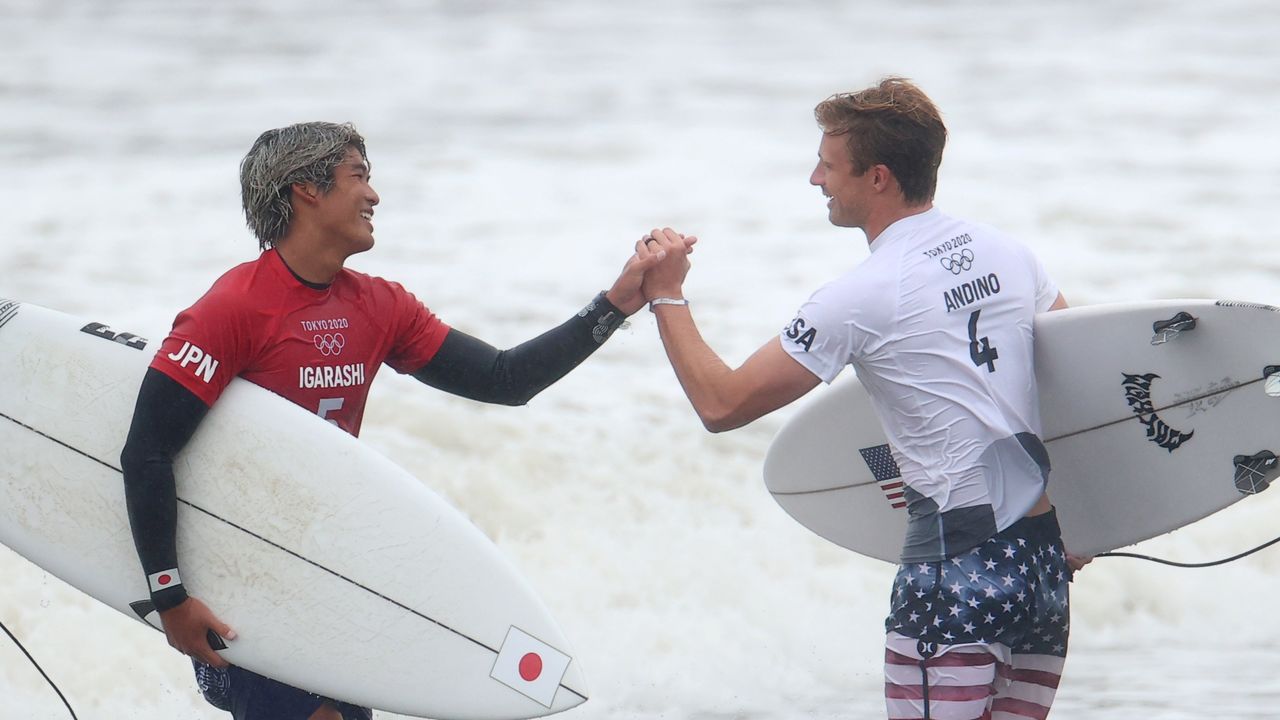 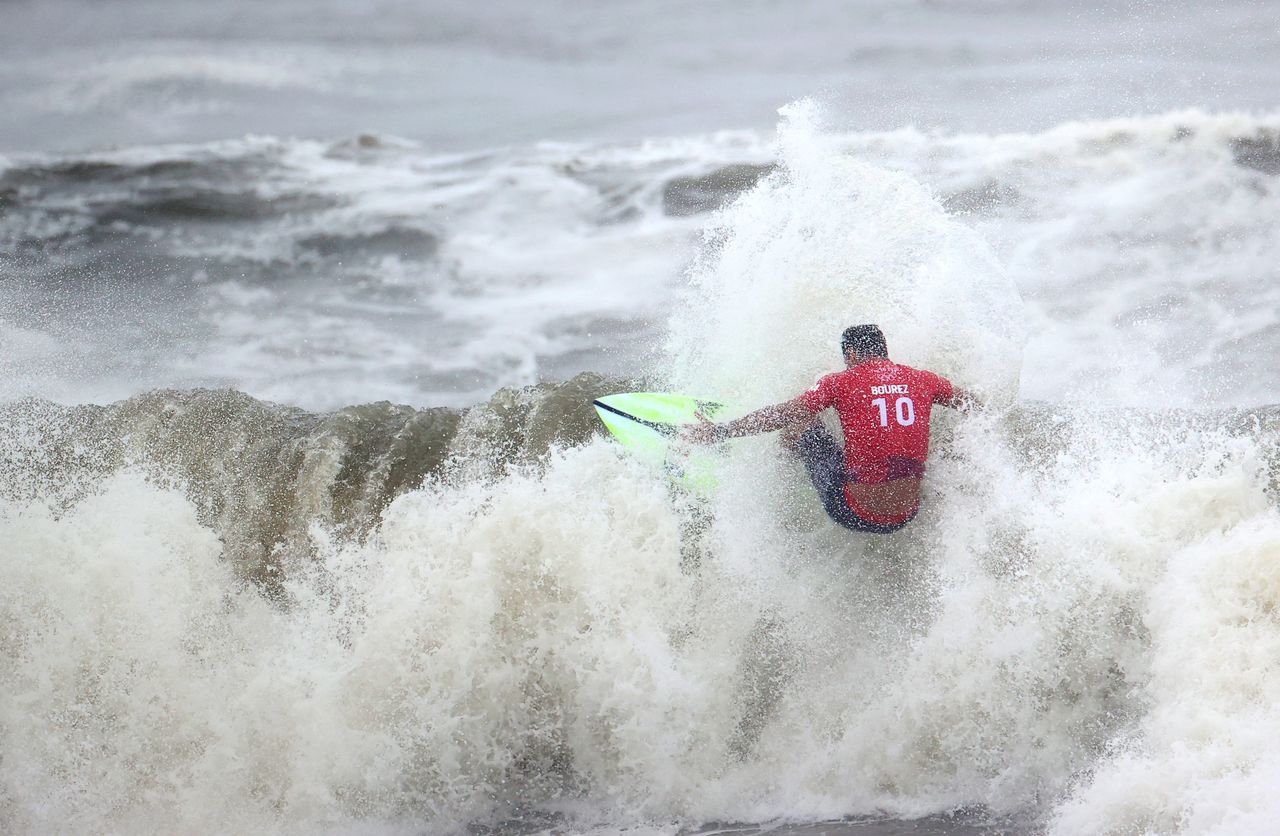 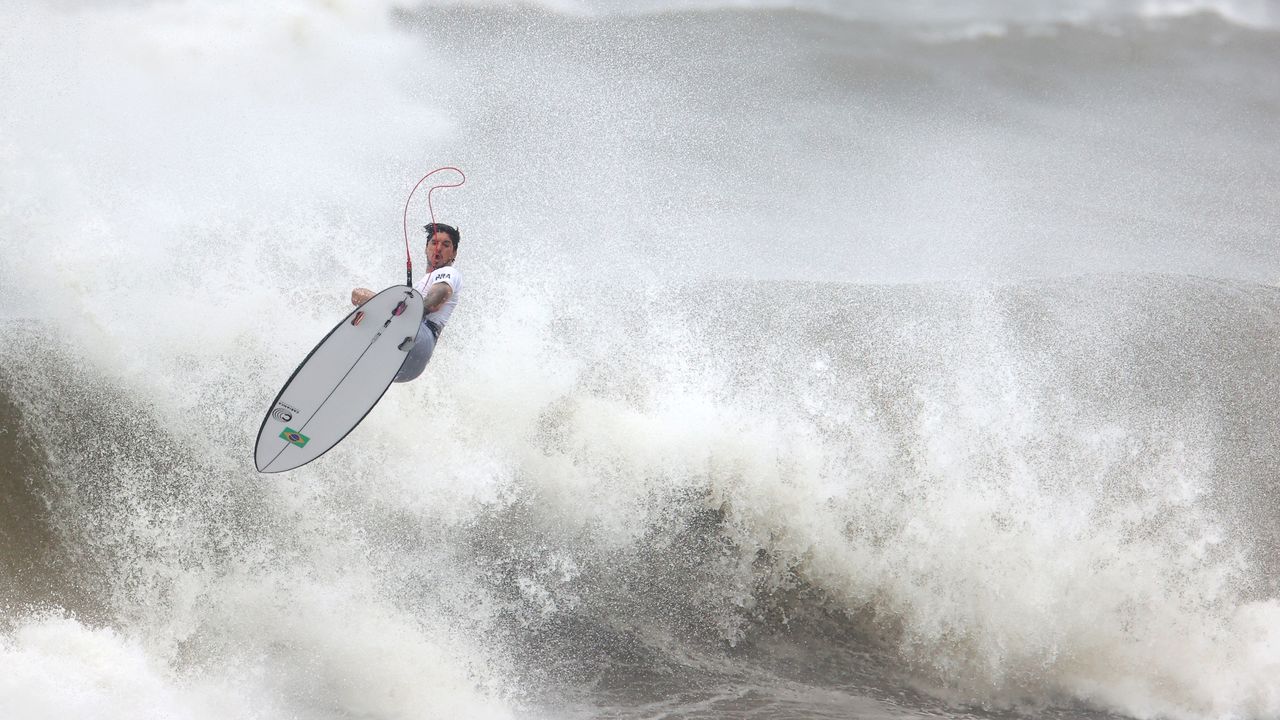