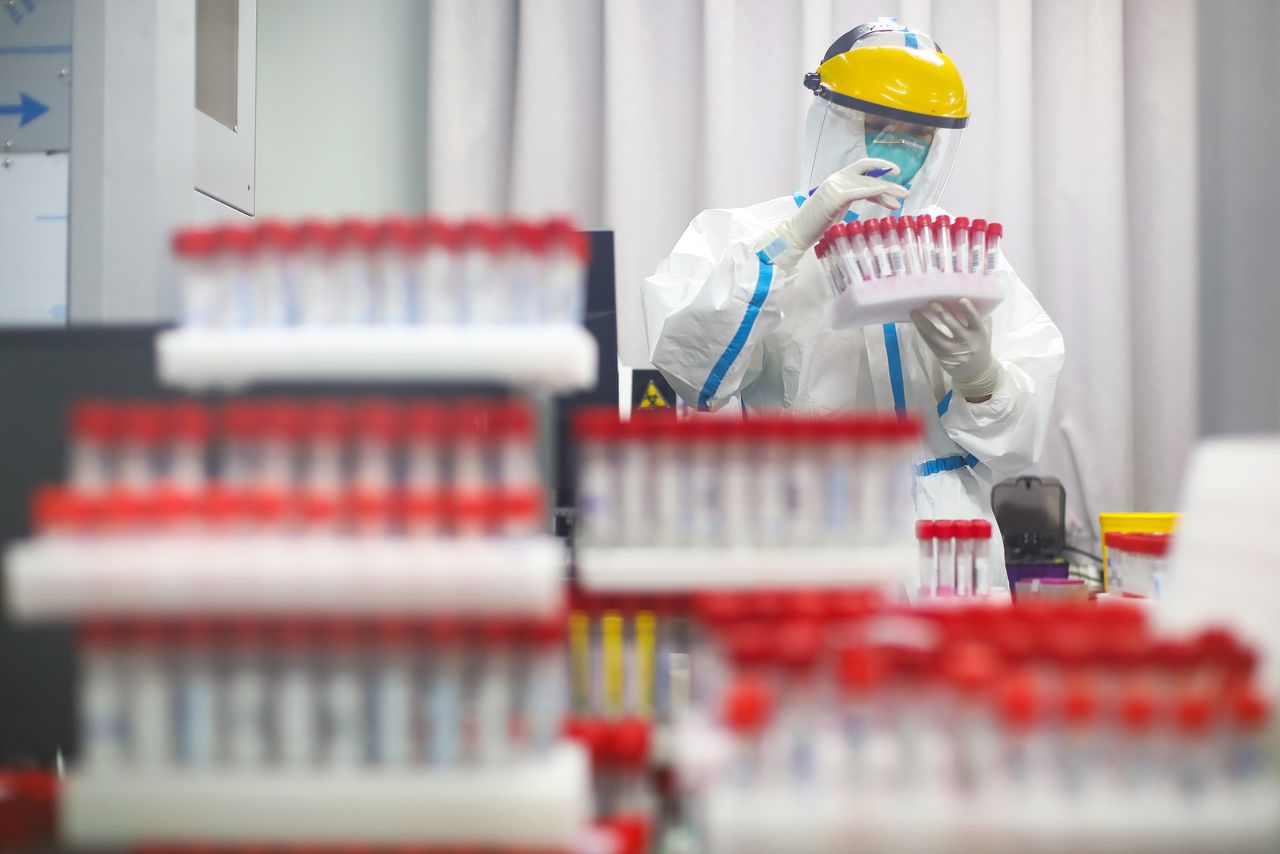 BENGALURU (Reuters) - Global economic growth prospects are holding strong for this year and next, despite a significant majority of economists in Reuters polls warning new variants of the coronavirus pose the biggest risk to that outlook.

A global survey of nearly 500 economists taken this month also concluded recent rising inflation in key economies around the world would be transitory.

The global economy was now forecast to expand a sizzling 6.0% this year, which would be its fastest in nearly half a century, followed by a still-robust 4.5% in 2022. Both were marginal increases from the April poll.

Slightly more than half the 48 economies polled on each quarter were upgraded for both years.

But a surge in the latest variant of the virus, which has kept the delayed Tokyo 2020 Olympics an event without spectators, is a reminder vaccinations may have improved but the pandemic has not gone away.

"In recent weeks, financial markets have caught up to the idea that the COVID crisis is not entirely over. The Delta variant adds to the challenge, raising the number of cases and the threshold for herd immunity," said Ethan Harris, global economist at Bank of America Securities.

"Overall, we see the Delta surge as a moderate headwind to global growth, but as new information comes in, we can be persuaded otherwise."

Financial markets are on edge ahead of the U.S. Federal Reserve's meeting this week, where policymakers are grappling with increased coronavirus infections and a disrupted global supply chain that could induce more price pressures.

As for risks to the global economy, nearly 80% of economists, or 160 of 202 responding to an extra question, said the biggest was a spread of new coronavirus variants.

Over 70% of economists, or 152 of 209, said the current uptrend in global inflation was transitory.

But respondents upgraded their 2021 inflation forecasts for 35 of 48 economies polled on and 31 of them for next year. At the same time, there were 29 economies with growth upgrades for this year and 26 for next, suggesting some price stickiness.

"What makes market pricing in the U.S. more instructive is that they clearly rate the (Fed's) policy willingness to look through higher inflation as being credible. This is at a time when U.S. inflation has surprised to the upside again, and is leading a spate of upside surprises across DMs and some EMs," said Christian Keller, head of economics research at Barclays.

While economists expected the Fed to end its bond-buying program by end-2022, with a few more analysts now predicting a rate hike as early as next year, the Bank of Japan and the Bank of England were predicted to keep policy unchanged through to the end of next year. [ECILT/US][ECILT/GB][ECILT/JP]

The European Central Bank, meanwhile, will start tapering its pandemic-related asset purchases sometime after its September meeting and stop buying them by the end of March. [ECILT/EU]

While developed economies have handled the pandemic with massive vaccination drives, emerging ones are still dealing with shortages of doses.

In China, the world's second biggest economy, economic growth likely slowed sharply to 8.1% in the second quarter from a record 18.3% in January-March as new COVID-19 outbreaks have weighed on consumer spending.

Brazil's economy was forecast to extend its "jobless recovery" after this year's inflation surge, while prospects for growth in Mexico looked brighter. [ECILT/LTAM]

How labour markets recover or adapt effectively once government support schemes lapse will also be key in coming months to both the growth and inflation outlook.

Jobless rates were broadly expected to remain above pre-COVID-19 levels in coming years, including in the United States where the pace of hiring has been very strong in recent months.

According to Michael Every, global strategist at Rabobank, "a weak, atomized global labour market acts as a huge structural headwind to sustained wage inflation, and thus to sustained inflation in general."

(For other stories from the Reuters global long-term economic outlook polls package:)