Three days after winning the first gold of the Games in women’s 10-metre rifle, the 21-year-old Yang combined with namesake Yang Haoran to win the mixed team event by beating Americans Mary Tucker and Lucas Kozeniesky 17-13.

Haoran had won the men’s individual bronze in Tokyo.

The teams were level at 11-11 before the Chinese pair stepped up and finished with a flourish.

“I am very happy. It is special to win an event like this,” Yang Qian, an undergraduate economics and management student, told reporters.

“In the beginning I was feeling so nervous, and I had to keep fixing my mood. In the middle I saw the score and that I had a great shot, and felt relaxed.”

Jiang and Pang, bronze medallists in their individual pistol events in Tokyo, overcame an 8-4 deficit to lead 14-10 before the Russians staged a comeback to level the scores.

The Chinese shooters, however, held their nerve to reach the 16-point mark, displaying their strong camaraderie even in the presentation ceremony where they placed the medals on each other’s necks.

“It was his idea,” a beaming Jiang said.

“We think we needed team spirit in a mixed team event, so we wanted to show that with our action.”

“She was great, especially when I made some errors,” said Pang after claiming his fourth Olympic medal, which includes an individual gold from the 2008 Beijing Games.

“Largely thanks to her, we won by this narrow margin. I want to thank her for her great performance,” added the 35-year-old.

Batsarashkina could not be kept totally out of the limelight though as social media went abuzz with her “Witcher” medallion necklace.

South Korean pistol great Jin Jong-oh will return empty-handed from his fifth, and possibly final, Olympics as his pairing could not get through the qualification round.

The four-times Olympic gold medallist failed to qualify for the final of the men’s individual event. 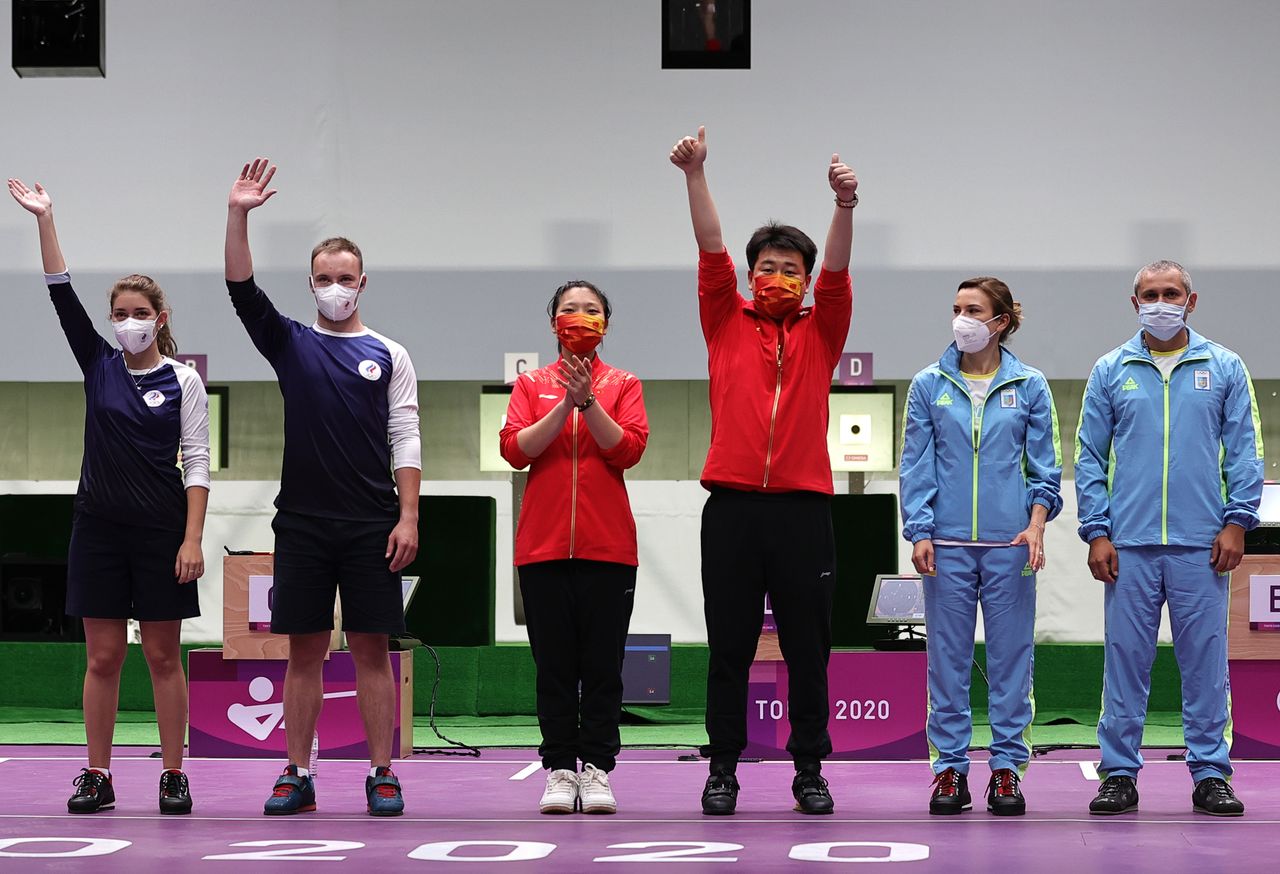 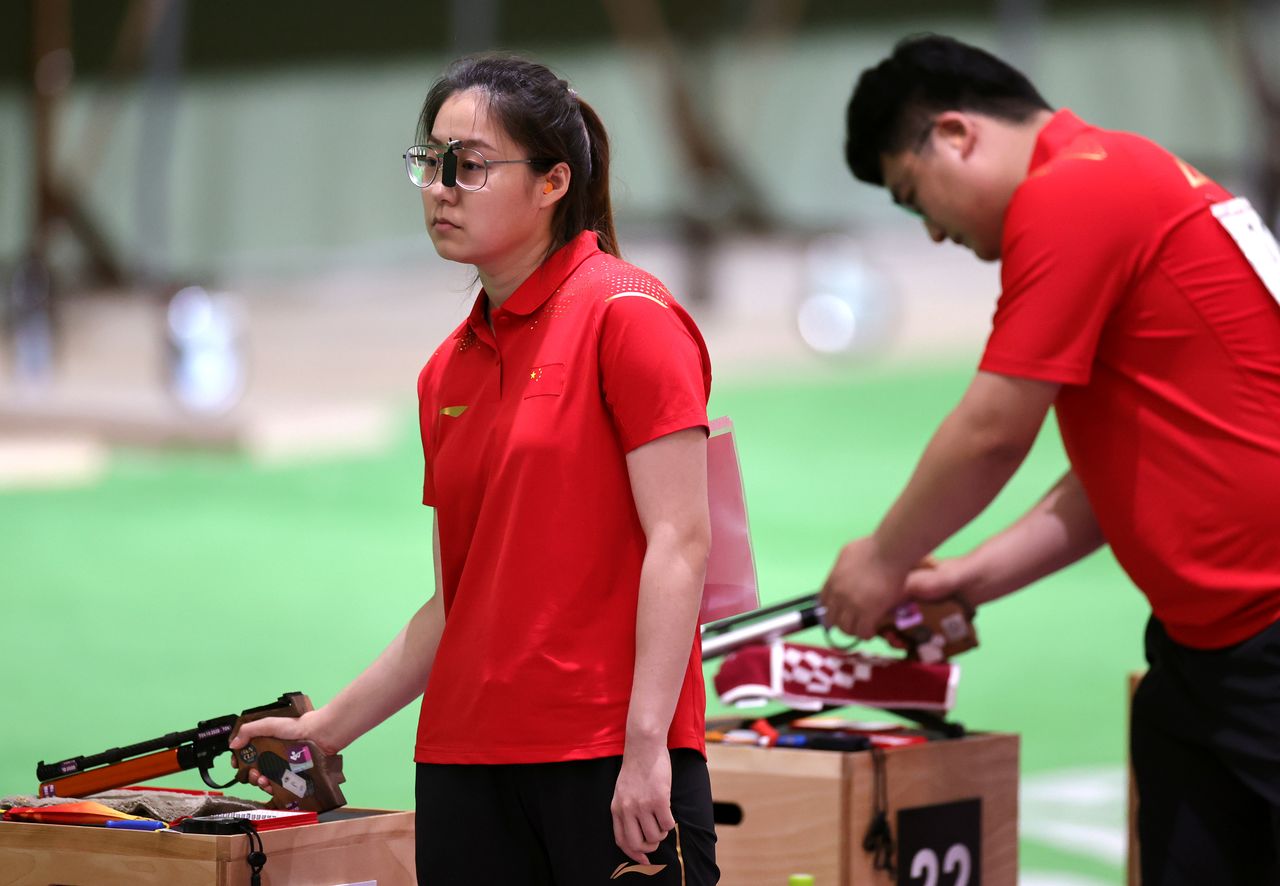