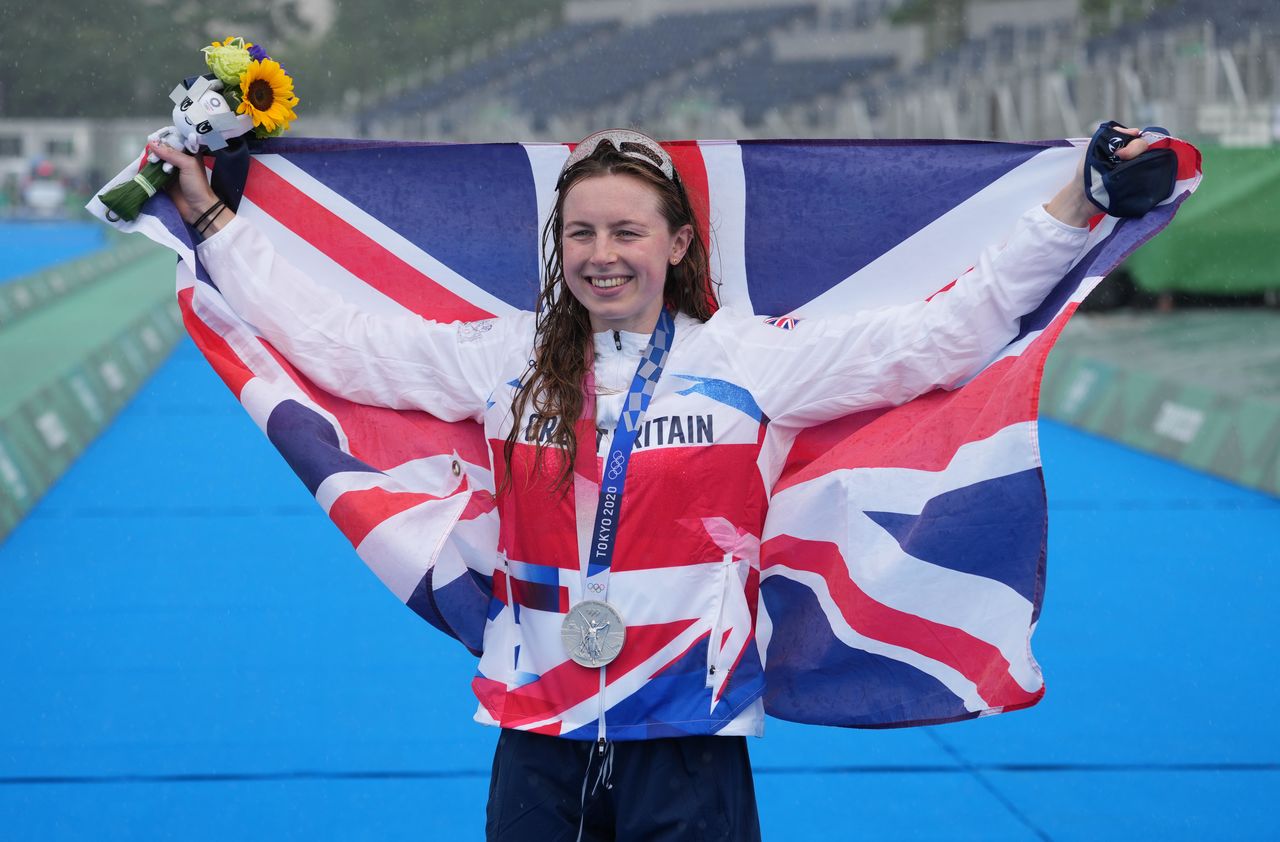 TOKYO (Reuters) - A puncture less than 2km from the end of the bike leg may have ruined Georgia Taylor-Brown’s hopes of winning triathlon gold on Tuesday - or it may have been what propelled the Briton to take what turned out to be a hugely impressive silver.

Taylor-Brown was one of a pack of five who had broken more than a minute clear of the field and who knew the medals would be shared amongst them.

But just when her thoughts were beginning to turn to the decisive 10km run, disaster struck.

“I was really happy that we had a group of five... and then I just heard ‘pop, tzzzssss’ and the wheel started bumping and I thought, ‘fantastic’,” said the 27-year-old.

“It was near a wheel station but I decided not to stop – I could get back on to the group on the straight but not corners.”

Taylor-Brown revealed after the race she had suffered a stress fracture in her shin three months ago that left her unable to run for six weeks but had kept it private so as not to let her rivals think she had a weakness.

The already technical, twisty course was made tougher by the wind and rain that delayed the start and Taylor-Brown had to come almost to a standstill at every turn to ensure she didn’t go down, as several others did.

The result was that she came into the final transition 22 seconds behind the lead group of four, but fuelled by frustration.

“The first lap of the run was panic mode, I definitely went out hard, but then I just had to try to keep my form,” said Taylor-Brown, who quickly picked off two athletes to move up to third, before then trying to reel in American 2019 world champion Katie Zaferes.

“I was biding my time, I was five seconds off her for quite a while and I didn’t want to push it too soon because I was really suffering,” she said.

“But I really wanted to move up and get the silver medal - I obviously knew that gold was out of reach,” said Taylor-Brown, referring to race winner Flora Duffy, who was a minute ahead of her. “I went really hard on the third lap, overtook and then I settled into my pace again and hung on to the end.”

At the Tokyo test event in 2019, Taylor-Brown finished joint-first, hand-in-hand with compatriot Jess Learmonth, who finished ninth on Tuesday, only to be disqualified for creating “a contrived situation.”

This time she crossed the line second, but after her injury-plagued preparation and the worst-timed puncture of her life, she has every right to feel like a winner.